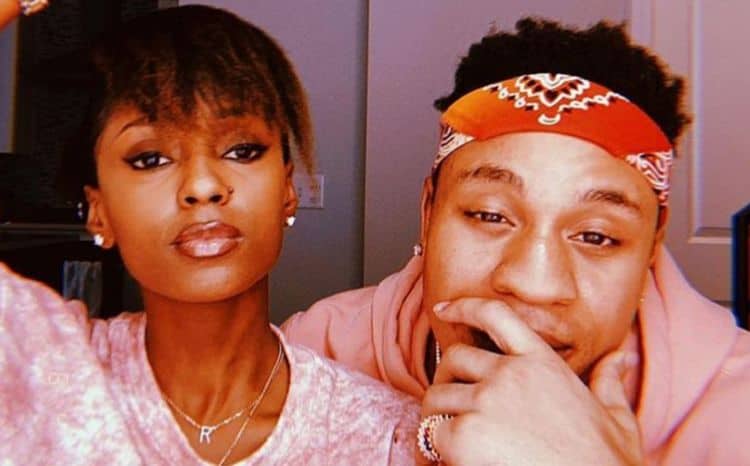 If you don’t know who Rotimi is it might be time to brush up on your pop culture knowledge since he’s been around long enough and done enough that a lot of people are aware of him. His career has been on a high note as of late despite the slight feud that he and 50 Cent have gotten into, making him one of the more sought-after individuals in show business. Between being a singer and an actor he’s been pretty busy and things have been trending upward for him at a pretty good clip. Whether or not he’ll maintain his place at this time or if things will change as the days go by is hard to tell, but right now he’s cruising and it would seem that he’s wanting to keep the ride going.

Here are a few things about Rotimi you might not have known.

Tashara Jones of Page Six has been just one among many that’s written on the matter of Rotimi owing 50 Cent upwards of $300,000, a costly sum to a lot of people but possibly a drop in the bucket to the super rich. Rotimi denies owing this money and at this point there’s not a lot to say who’s lying and who’s telling the truth.

9. His estimated net worth is around $1 million.

This might seem kind of low but then again if a person is known well enough to be a household name and if they have other means of revenue coming in it all tends to go into their net worth. At this point he has a lot going on but it doesn’t seem to be moving that worth up just yet.

8. Whether you know him or not he’s got an impressive following on social media.

He does have over a million followers across his social media accounts and is a very popular figure in the industry. There are times when one has to wonder if the celebrities take care of any of their own social media or have people to do this for them. That’s a lot of work to promote a person honestly.

7. Snoop Dogg has offered to pay Rotimi’s debt to 50 Cent.

Snoop is actually worried that Rotimi’s character is going to get killed off on his favorite show and since 50 Cent is a producer he doesn’t want to see that happen and has offered to pay off what Rotimi supposedly owes to 50 Cent.

Both of his parents are from Nigeria and have been supportive of his dreams throughout his career thus far. In some ways you can see the difference between those who are generations removed from any African heritage and those that are only a generation or two removed. Plus it’s very easy to hear it in the speech patterns of different people. Sometimes you can tell, but sometimes you can’t.

Honestly he’s been around long enough to know how the game works and to understand quite a few things but he’s not quite the veteran that many others are since he’s still a couple of years shy of a decade into the business. Those next couple years should fly by pretty quickly though.

4. He’s done some modeling in his time as well.

Rotimi has spread his interests around it would seem and has done a few things with his career that he’s had a good time with. He definitely has the look for modeling it would seem and tends to take good care of himself.

Maya A. Jones The Undefeated and Rotimi both seem to want people to understand that he’s not his character on the show Power and his character is not him. For some reason folks get it in their head that an actor can’t be separated from the roles they play when in truth a lot of actors are quite the opposite of the people they portray on TV.

2. There was a moment when it looked like he was made up in white-face.

Thankfully it was just a face cream that he was using at the time and wasn’t meant to offer insult to anyone. It is kind of amusing in a dark sort of way that people using blackface, which seems wrong on a lot of levels, will get roasted, but someone doing the opposite won’t get nearly as much heat. This wasn’t the case here though fortunately.

1. Rotimi doesn’t seem to understand why 50 Cent would come after him for money at this point.

Whether he owes 50 Cent money or not the reason why people come after another person claiming that they owe money is because they have money and can pay it back. Otherwise folks tend to leave others alone if they know they’re broke.

Sometimes it’s best to have a contract.