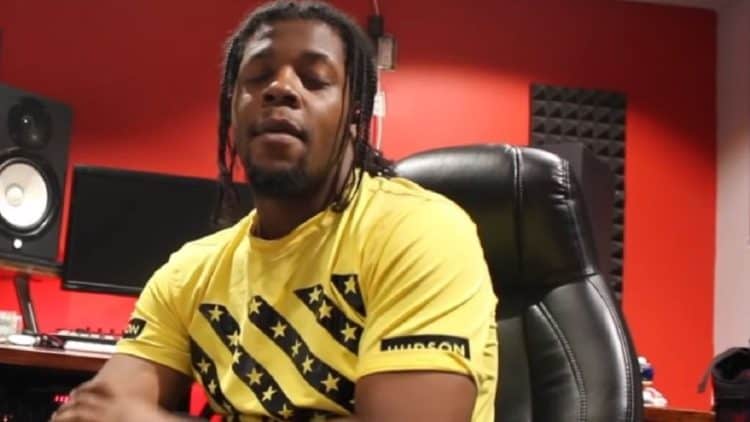 In the early 2010s, Rowdy Rebel’s rap career was on the rise. Well-known for his affiliation with Bobby Shmurda, Rowdy was in the process of building a strong fan base. He released his debut solo mixtape, Remain Silent, in 2015 and it looked like he was on his way up. Unfortunately, everything came to a screeching halt in 2016 when he was sentenced to a 6-7 year prison term. Although the news seemed like it would lead to the end of his career, the his fans never forgot about him. Rowdy was finally released in December 2020 and he’s ready to get back on his grind and give his fans what they’ve been looking for. Keep reading for 10 things you didn’t know about Rowdy Rebel.

1. He Has West Indian Roots

Rowdy Rebel was born and raised in Brooklyn in the East Flatbush area. His upbringing in Brooklyn plays a major role in his style as a musician. What many people may not know, however, is that his family’s roots extend far beyond New York. He has Jamaican and Bajan ancestry.

It goes without saying that being in prison for years put a damper on Rowdy Rebel’s career, but it didn’t exactly end it. Although he only has three videos on his YouTube channel, he’s gotten more than 61 million total views. Now that he’s out, he can start putting out content on a regular basis.

Before Rowdy got caught up in his legal troubles, he was working hard to make a name for himself in the industry. Before he began his sentence he released three mixtapes. Although they didn’t reach mainstream success, they got him a lot of attention in the New York rap scene.

4. His Real Name Is Chad

Stage names are common in the entire entertainment industry, but they’re especially common in the hip-hop community. While some rappers choose stage names that are loosely connected to their legal names, others, like Rowdy Rebel, get even more creative. Rowdy’s legal name is Chad Marshall. He got the nickname Rowdy Rebel for his rowdy behavior when he was younger.

5. Being In Prison Made Him Humble

Being in prison certainly isn’t a positive experience, but Rowdy still managed to find a silver lining. During an interview with Vibe Magazine Rowdy said, “et me tell you one thing that jail really did for me so far. It’s made me really humble. I say that as someone who was hands-on and was always ready to jump in the fire. When I got to jail, it made me sit back and observe first. So I feel like jail has made me very humble and understanding, and it makes you grow up. There are a lot of egos in here. A lot of people have their own mindset and personality, and they’re going to mix.”

6. He Hasn’t Made An Official Statement About His Release

After his release from prison, many people were expecting Rowdy to release an official statement of some sort, but so far he hasn’t many any kind of announcement. With that said however, he’s posted a few things on social media that has let the world know he’s happy to be home.

7. Young Thug Gave Him A Nice Gift Upon His Prison Release

Nothing says welcome home like an expensive gift, and that’s exactly what Rowdy got from Young Thug. After getting released, Thug gifted Rowdy two diamond encrusted chains. He didn’t share how much they are worth but it’s very clear that they weren’t cheap.

8. He’s Been Working On His Album

Rowdy hasn’t released a full length project yet, but he has one in the works. While he was in jail he was thinking about what he wants to do for his album and trying to determine who he wants features from. There’s no official word on when his album will be released, but fans are hoping that it’ll be in the near future.

9. He Wanted To Get Into Acting

Rowdy has no plans of letting his past mistakes determine his future. He has big plans for himself and he’s excited to get the chance to execute them. Not only does he want to keep going in his music career, but he also has dreams of getting into the acting world.

10. He Didn’t Write Music In Prison

Most would assume that Rowdy used his time in prison to work on his music, but he actually wasn’t feeling too inspired to write while was behind bars. In an interview he did while serving his time, he told Complex, “I don’t really write raps like that, ’cause as you know, I go in the booth and just need some liquor and some weed, you feel me? It’s me and the beat. And I don’t have any beats; I don’t really be out my mind like that.”