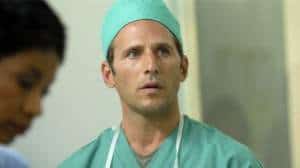 Royal Pains, premiering on the USA Network on Thursday, June 4th at 10/9 Central, centers on a young E.R. doctor, played by Mark Feuerstein, who becomes a reluctant “doctor for hire” to the rich and famous. It is also one of the new high caliber shows that is consistently being delivered by the cable networks, such as the USA network, that is going to get us through what used to be the dreaded summer months.

Series writer and co-executive producer, Andrew Lenchewski, and executive producer, Michael Rauch recently sat down to tease the series (Oh! And there is a surprise call in from Mark Feuerstein later!), and talk specifically about the pilot episode and the life-altering moment that brings Feuerstein’s Dr. Hank Lawson to the darkest moment in his still young career. Andrew Lenchewski explains how the idea for the show got started by saying:

The idea came, actually, from a friend of mine, who was telling me about a concierge doctor that his family had begun to use, and he asked me whether I thought it would be a good idea for a TV show, and I said it wouldn’t, I thought it would be the perfect idea for a TV show. And so we, along with two of our other executive producers, Paul Frank and Rich Frank, we went off and pitched it to a few networks, and USA was the one that really, most strongly embraced what it was. And I went off and wrote the script, we shot the pilot last September, got picked up the series in January, and we’ve just begun production within the past couple months and we’re now about to start shooting our fifth episode.

Michael Rauch sums up the series by saying:

It’s a show about a doctor, that does not take place in a hospital, and his new practice is basically making house calls to both the wealthy and people who do not have as much wealth, in the Hamptons. And it’s a show that deals a lot with medicine, but it’s much more than that, for him as a doctor, in that it’s not just about healing sicknesses, but also helping to heal people. And it’s also a relationship show, and because it’s on USA, it’s very strong in character.

In case you missed it, I did mention that the pilot episode starts with a traumatic, life altering, career changing incident that pushes Feuerstein’s Dr. Hank Lawson to his personal edge, and Andrew Lenchewski expands on this critical aspect of the show, and how the casting of the central character, Mark Feuerstein, came to be, by saying:

I think we knew from the beginning we needed a guy who could bring the competency of a physician, so we could, see that credibly, and then play the consequences of that decision that you referenced at the top of the pilot, both in terms of the humanity of it, the drama of it, and then the comedy that I think was needed to bounce him back from that rock bottom that he hit when his brother came and scooped him up and took him out to the Hamptons. I think as soon as Mark came in and auditioned for the role, we gave him a few of those critical scenes. The moment of that difficult decision in the yard, the moment of depression in his apartment, and then that first moment out in the Hamptons, and he hit all of those colors brilliantly.

I’ve teased it thus far, but in the pilot (spoiler ahead!), Hank is fired from his ER position for NOT saving the rich guy, and now seems to being paying penance for it. The question is asked if they expect for Hank to resent the rich even more, or begin to come to some sort of understanding of them. Michael Rauch answers:

It’s a great question and it is part of the punishment, in a way, and we think that Hank, as both a character, and also in terms of the storytelling of the show, is going to treat both the wealthy, and also the people in the Hamptons who are not as wealthy; who are really the people who help make the Hamptons run, and they might not get as much attention, but they’re the kind of heart and soul of the Hamptons. So he’s going to be in pretty much every episode having patients who are very well to do, and patients who are less well to do. And, hopefully, if we do our job, even the wealthiest of these people don’t come across as caricatures but dimensionalized people who might be eccentric or might be privileged, but at the heart of it are human beings as well.

The pivotal relationship in this series, which is being given a 13 episode run in its first season, revolves around Hank and his brother, Evan, who swoops in to save Hank after his devastating firing, and brings him to the Hamptons to rebuild. When asked how the relationship between the brothers will evolve, Rauch answers:

I think we have a bit of a counter intuitive plan for Hank’s arc, which is that a lot of people wonder how the Hamptons is going to change him, and I think our point of view is more how is Hank going to change the Hamptons. And as far as Evan, I think this is someone who has reached somewhat, exceeds his grasp, and I think he’s finally going to find a forum where he can start to come into his own a little bit and taste of success that he’s always dreamed of; and it’ll be interesting to see how that affects him as a person, and how that affects his relationship with his brother.

As for how they have rounded out the rest of the cast, Rauch elaborates:

There are multiple other important characters that you’ll get to know on the show, and not in any specific order; there’s Hank’s physician assistant, whose name is Divya, and she is someone who will help Hank run HankMed, which is their concierge doctor service. There’s also the romantic lead with Hank, Jill Casey, who’s the hospital administrator at Hamptons Heritage Hospital, and she’s someone who is part of this hospital system, although she knows it’s flawed whereas Hank is kind of outside of the system now, and also believes it’s flawed. Campbell Scott plays a character named Boris, I’ll let Andrew pronounce his last name. But he is this mysterious man of wealth, power, and a background that no one is quite sure what it is, but has a small sense of omniscience about him, and it is on his estate that Hank and his brother, Evan, live. And then there are also characters that are going to be less frequent in the episodes but very important to the storytelling. Christine Ebersole plays a Hamptonite whose name is Miss Newberg, also known as New Parts Newberg, and then Ezra Miller and Meredith Hagner play a young, teenage couple in love, and they’re kind of wise beyond their years, and fantastic in the show.

Royal Pains is airing on the USA network after Burn Notice, a genius move on the part of the network. Rauch responds to that pairing by saying:

I think that USA is very savvy in pairing us with that show. I think there’s a lot of shared sensibility. I think there’s a lot that the two central characters, the heros, share in common. [They are] guys who have sort of, through no choice of their own, left their old lives behind, and are now working outside the system to help people in beautiful, sunny locations, surrounded by a cast of quirky and fun characters. So hopefully the shows will work really well together and feed off each other.

As for Mark Feuerstein, he called in to address the challenges of bringing Hank to life. He says:

Dealing with these two guys who you’re talking to. No, when you have great writing, honestly, there’s no challenges. You just try to serve the material. It was a beautiful script from the get go in the pilot and then when Rauch joined the team, it only got stronger and deeper with every episode, and the challenges are just trying to live up to the quality of the writing and the work and relax into it and figure out how to say certain words, like xanthochromia.

Royal Pains premiers its 13 episode first season on Thursday, June 4th at 10/9 Central on the USA Network, directly following Burn Notice, which we at TV Overmind think is a brilliant move on the cable networks part. We will be there, and if you love Burn Notice, we strongly encourage you to give this great show the attention it deserves! It will be a fabulous night of programming that will not disappoint you. 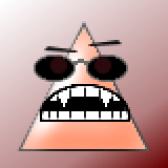