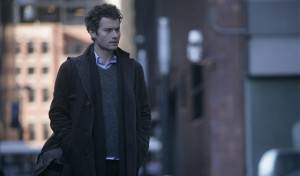 One thing could be said about “Gone in the Teeth,” the pilot episode of Rubicon: it didn’t have much of a direction. Sure, it was very engrossing — enough to make me tune in again after two months for another episode — but it didn’t really leave an indicator for where Rubicon would be going from week to week. Now, with episode 1.02, it looks like what we’re going to be seeing is a strange blend of The Da Vinci Code and The Office.

A great deal of Rubicon‘s second hour was set in the think tank office where Will Travers works. We’d become fairly introduced to it in the first episode, but in “The First Day of School,” we really started to get into the day-to-day of the office, as seen through the eyes of the recently-promoted Will. We finally got to see what was at the other end of the security hall (nothing special, another office), and we got to see a little bit more of personality from Travers’ coworkers, mostly Miles. Miles is a sort of nervous, sad-sack guy who neglects his family life to worry about political unrest in Nigeria. Then there’s Grant Test, who continues to be completely irritating, and doesn’t even serve a purpose this week like he did last week, when he explained Will’s backstory. Thankfully, we got to see less clunky exposition directed toward office newbie Tanya, who instead is peripherally becoming an alcoholic.

And there’s the new character, “Hal” (he insists that isn’t his name — is it a 2001: A Space Odyssey referencing nickname?), who feels like he would be better played by the similarly snarky Aziz Ansari. Will uses him to help decode a secret project, but his main purpose is to complain about how dangerous it all is. Yeah, dude, we know.

But the most interesting co-worker was Will’s secretary, Maggie, who is sort of a double agent for Kale Ingram, Will’s boss. In one scene toward the end of the episode, Maggie goes to Kale’s apartment to give a report on the team, though her obvious feelings for Will make her even more obviously uncomfortable with telling Kale the truth. She’ll be a weak link in the future, especially if there’s any major fallout between herself and Will on the romantic front.

We learned a tad bit more about the conspiracy, namely that the crossword puzzle was a code to set into motion a series of killings — the same thing had been done in 1983. Then there’s David’s message to Will: “They hide in plain sight.” Kind of a worthless message, if you ask me, but it did serve its purpose in alerting Will to the folks following him around. Sometimes, he sees them watching him from street corners (as he saw the guy at the train station in “Gone in the Teeth”), but other times he doesn’t see them, as when he’s standing on the roof of his office.

Speaking of which, the episode really began and ended on the roof — in the beginning, Will seemed perched on the edge, ready to jump. I hadn’t really been getting a suicidal vibe from him, and I can’t say it’s a big worry (considering he’s the protagonist). But the fact that he was inching toward the edge makes him seem that much more desperate. It was a very nice touch, and the slight loss of desperation shown by the end of the episode, when he goes on the roof but not on the ledge, might just symbolize that this conspiracy, as horrible and terrifying as it might be, might just give Will’s life the meaning that he hasn’t had since 2001. B+ 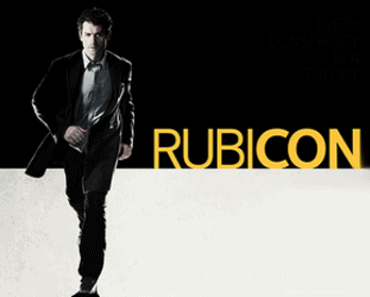