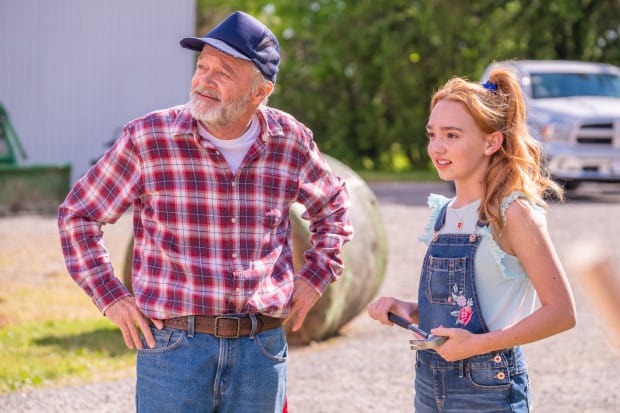 Ruby Jay has been described as a triple threat due to her singing, acting, and dancing talents. The series “Holly Hobbie” turned her into an instant celebrity, and now you can catch her on “The Unicorn,” which goes to show that she is only but beginning her journey to getting her star in Hollywood Hall of fame. The actress who is a week away from turning 16 is already turning heads with her outstanding performance. Besides her acting career, there is a lot more to Ruby as revealed by these facts.

1. “Holly Hobbie” was her first series

Ruby told Tiger Beat that “Holly Hobbie” was the first time to be not just on a television series, but to be the lead. However, some sources reveal that Ruby has been cast in various other series before “Holly Hobbie,” which premiered in 2018. She was also in “Modern Family” in 2018 while in 2016, she was in “Grey’s Anatomy.” Well, maybe to her, these credits do not count, so what she might have meant is it was her first time being in a series as a regular.

2. The inspiration of her debut single

In October 11, 2018, Ruby announced that her debut single would be released on October 19, 2018, earlier on she had teased the project on her Instagram, and her fans were already excited to see what she had in store for them. The funny thing is that when Ruby met with the songwriter and producer, she did not know what exactly when she wanted to sing about, so they brainstormed. Ruby wanted her debut to be more about dance and less about meaning. Therefore “Cherry Pop” was meant to make people dance as she says in the lyrics, “Cherry pop going to make the beat drop.”

3. She dreamed of becoming an actress since she was three

As young as three years old, Ruby would point at the screen and tell her parents that she wanted to be like the people she saw on television. Therefore with her parents supporting her, they searched for a way to engage her in the acting profession when Ruby turned 10. Consequently, they went online to sign Ruby up for a theater production. However, instead of theater, Ruby ended up in the television industry, thanks to her manager, who helped Ruby find her way in showbiz.

Not everyone will like successful people, and the best way they show their hate is by hiding behind keyboards and posting hateful comments. Celebrities like Emma Watson are victims of cyberbullying, and even when she enrolled in Brown University, her classmates bullied her so much that she had to transfer to Columbia University. With her role in “Holly Hobbie” where Ruby faces bullying, in real life, she would like to reduce cyberbullying as a way of making the world a better place.

5. What encouraged her to be on social media?

Ruby boasts of 440k followers on Instagram while on Twitter, the figure is 10.8k. She uses the platform to update fans on her current and upcoming projects, but she was not interested in social media at first. Ruby only became drawn to social media after singing a cover of “Thrift Shop” by Macklemore. The cover that lasted only 30 seconds is her favorite to-date since it facilitated her move to social media, although she sang the lyrics wrong.

6. Her advice to anyone who wants to make it in showbiz

Like Avril’s song tells us to keep holding on, Ruby believes being persistent is what will ensure that girls interested in following a similar path will become stars. Giving up has killed many dreams, and Ruby advocates for people to always be positive regardless of how challenging the journey is. Additionally, Ruby believes that being passionate about what you are doing will get you halfway there. She says that you have to be 100% in love with what you are doing; otherwise, your chances of success will diminish.

7. She studies on set sometimes

Knowledge is power, and the first step to acquiring that knowledge is by going to school. However, many celebrities get their school work interrupted by their stardom. Most, therefore, opt for homeschooling or online classes. Ruby got a tutor to help with her classwork, and due to the hours she spends on the set, it became imperative that she catches up with the syllabus by having the tutor on the set of “The Unicorn.” To Ruby, it was fun since she had her younger sister as well as screen sister McKenzie who is her schoolmate. Ruby, however, admitted that it can get stressful since she is supposed to do three hours of school per day, but once her schedule is hectic, she only gets to do one. Consequently, she falls behind and has to figure out how to catch up.

For Ruby, anyone who is in musical theater influences her musically. That, therefore, means that artists like Ariana Grande and Shawn Mendes are top of her list of favorite musicians. However, one singer who stands out is Christina Aguilera with her song “Hurt” because when it was released, Ruby’s grandmother had just passed away, and it helped her heal. Her second favorite song is “Seven Years” by Lukas Graham.

9. She loves to crochet

Most people think that knitting and crocheting are for old women who have nothing else to do to pass their time. However, celebrities have proven that being a star should not come between you and what you love. Therefore Ruby Jay revealed that most people do not know that she loves to crochet so much she thinks she is addicted. She joins other famous women like Eva Longoria and Catherine-Zeta Jones, who share the passion.

Any movie that has Johnny Depp in it will instantly turn into a favorite for Ruby since he is one of the actors she loves most. Another actor that tops Ruby’s list to Everly Mag is James Corden; an English actor you might recognize from “Into the Woods” where he is not only the baker but the narrator as well.