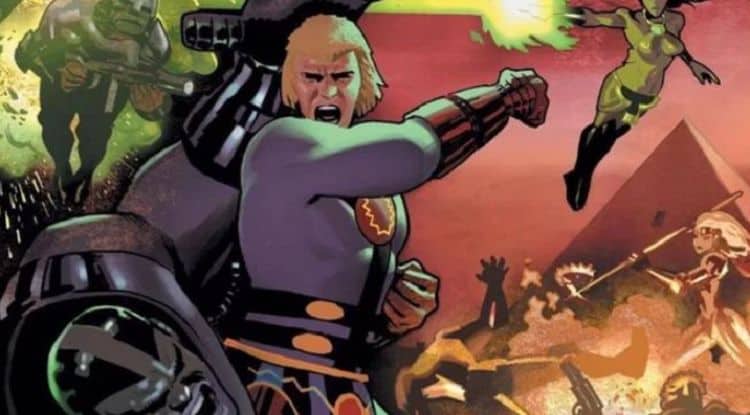 It speaks of a lot of confidence that is being given to The Eternals to realize that a sequel is already being planned, but apparently those at the MCU feel that what’s already coming and primed to be released in the next several months is good enough to warrant a sequel. There are already a lot of questions that are being posed about the upcoming movie, especially considering that since the Eternals have been on earth for so long, one has to wonder what in the world they were doing during Endgame when all the fighting was going down, or when the Chitauri were attacking New York. The obvious reason is that during the filming of Endgame the Eternals was still an idea that hadn’t been filmed yet and there was no way to really integrate them into the movie. But as of now, it would appear that the explanation that they’re going to be finding each other will likely serve as the explanation of why they didn’t get involved when Thanos, a Deviant born of an Eternal, was threatening the planet. It might even be that during the snap, or the blip, that some of them were dusted from existence and have come back to a world that is currently undergoing a lot of issues since the people that were snapped away have returned. That sounds like something that might work if it’s put into play, but right now we don’t know enough to understand what’s coming and what the result of Endgame will mean to this group since it will be taking place after the battle and there’s plenty to think about when it comes to how they might react to the world now that things are in such disarray. Plus, there’s the fact that we could see more Deviants that the Eternals are bound to protect humanity from.

It’s kind of tough to think of who might be introduced into the MCU with this movie since the Eternals are a group that a lot of people don’t know that much about, outside of fans that have been reading about the group for years. The Eternals are a powerful group that could have been instrumental in a number of battles that have taken place in the MCU, but it’s likely that there will be one overlying reason or several, that they haven’t been involved in yet. It’s kind of important to come up with these reasons simply because it explains a lot over the course of the franchise and makes it clear that they’ve always been there, but haven’t been able to help or simply haven’t wanted to. Whatever the reason is made out to be it’s bound to be good enough at this point since the idea of a sequel usually needs to wait for the approval of the first movie given that if the first one tanks, most people won’t even be interested in a second one. That’s the word though, that a second movie is going to be coming on the heels of the first one, but probably won’t be around until 2023 since there are over 20 projects being drawn up at this moment within the MCU. It’s bound to happen that the Eternals sequel will likely begin filming next year, but thinking that it will be released in the same year is more than hopeful. So much is set to happen by the end of this year and throughout next year in the MCU that this rumor is bound to fade a bit until it becomes evident that the movie is being worked on and things are happening. Until then however, the anticipation over the first movie is going to keep mounting until its release.

This does feel as though it would put a lot more pressure on the movie to do well. It would appear that those in charge have a great deal of faith in what they’ve seen thus far, and are feeling good about giving the go-head for another movie. It is worth wondering just what will be seen in this movie and how it will fit into the MCU since those characters with a long background given to them by some form of immortality have to be snuck into the story carefully in order to avoid the pitfalls from coming to the story so late. It still feels that a lot of people are going to be wondering where the Eternals were during the major moments in the MCU, but the explanations to come are bound to fix things in a way that will help to make sense of it all. At this point though it would be wise for people to read up on the Eternals just enough to get a good idea of who they are and what can be expected.