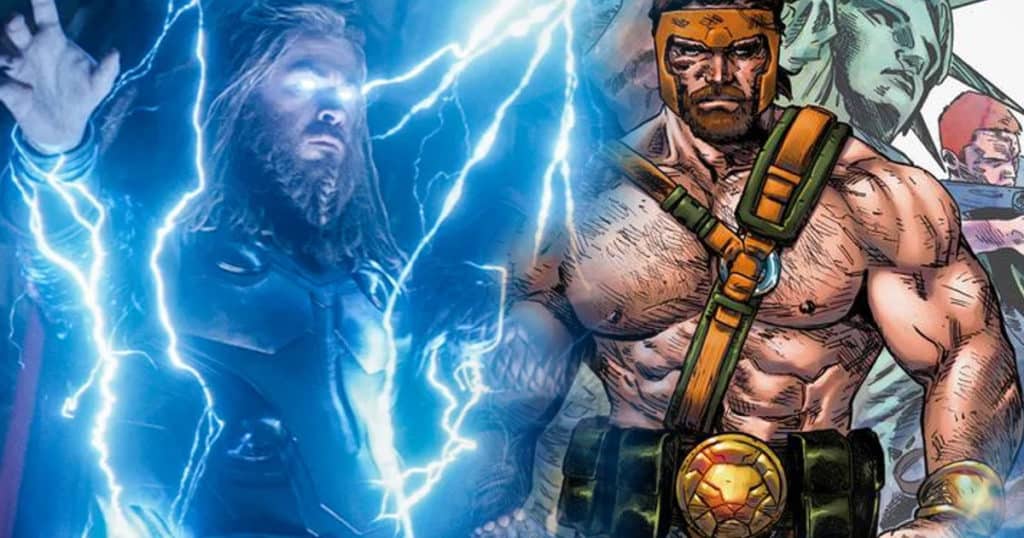 There’s a lot of buzz about whether or not Thor and Hercules will meet up in Thor: Love and Thunder, and people are starting to wonder what this would be like. Pitting heroes against one another has been a favorite pastime for a lot of fans over the years since it’s fun to see how each hero measures up to the other. There’s usually no intent to see who could kill the other, but it is a good question simply because of the differing power levels that each character happens to display. The overall consensus appears to be that Hercules would likely win such a contest, but considering how powered-down some of the heroes of the MCU have been it’s kind of fair to think that this might be more even than people would realize. Plus, with a character such as Gorr the God Butcher on the loose, played by Christian Bale, one would think that the gods would be setting aside their differences in order to fixate on the real problem and not on their own squabbles. Hercules is more of a rumor at this point since it’s already been established that Russell Crowe will be showing up as Zeus, while Tessa Thompson will be back as Valkyrie and queen of Asgard, and Natalie Portman will be returning as Jane and eventually Lady Thor. It does feel as though there are plenty of stars already in this movie and that another one would need to be a cameo at best. Plus, there’s no idea of who would play this role, but Henry Cavill might actually be a good idea if it did happen. As of right now though it doesn’t sound as though anything is set or if this is bound to happen at all. It is an interesting idea if such an inclusion did happen since with Zeus already there it’s fair to say that Hercules shouldn’t be too much of a stretch, and Hercules has in fact been a part of the Marvel universe for a while now, and has been on the same team as Thor in the comics as well.

How he might fare against Gorr the God Butcher is kind of hard to say since the villain’s name is literally the ‘God Butcher’ which implies that he might have something to counter any and every god possible, since even Gods have their weaknesses. But a fight between Thor and Hercules is bound to be something that would entertain the masses simply because these are two of the strongest gods in their respective pantheons and while Thor has more than just strength on his side, Hercules is pretty much all strength and durability, which is hard to beat. The battle between these two would be best fought in the open countryside since the damage done would be immeasurable given their strength and the wild abandon they’ve shown in the comics in the past. But it almost feels that if the two did come to blows that it wouldn’t last long and would be more for show than anything. If Thor were to lose in his own movie it would be kind of upsetting even if it’s already happened against Hela. But to lose to another god might mean that Thor really isn’t all he’s cracked up to be. That’s hard to say and hard to think since Thor has been one of the toughest heroes in the Marvel universe for a very long time, but Hercules has been there for a while too and he hasn’t been a pushover since his legend is ancient as well and his origins are every bit as impressive. Hercules has even had issues with his home life as Thor has, and has a father that he’s disappointed more than once.

In fact, one might think that Hercules would be better off showing up as an ally to fight against Gorr than as an enemy to try and test Thor, since the two of them are bound to meet up with the God Butcher in the movie if it happens, and since Gorr is after those with the divine touch, his chaotic quest will surely allow him to pinpoint his prey and lock on them without fail. Or maybe there’s some other method that Gorr uses to find his quarry. Whatever it is it feels as though well grant some insight as to where to find the gods so that he’ll be able to find them, fight them, and if he’s able to, kill them. There are bound to be plenty of obstacles in the path, but Gorr is already sounding like a tough and very terrifying individual that’s bent on total destruction, not domination. If Hercules does show up it might actually be a decent fight, however it happens.