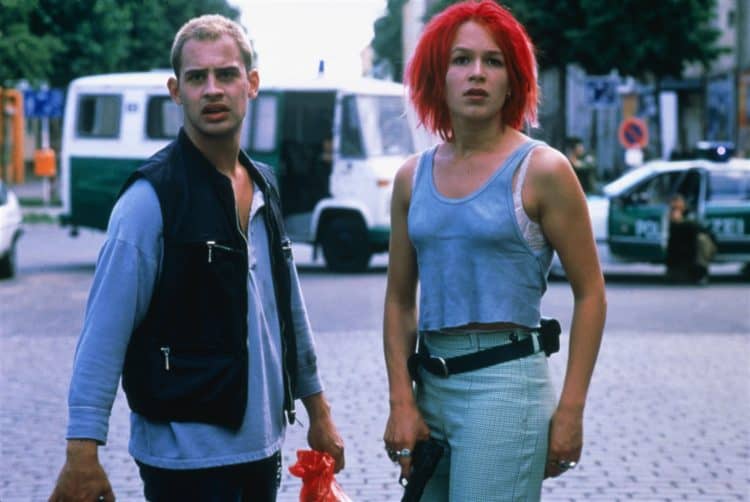 Remakes aren’t just for America after all since anyone that remembers Run Lola Run is bound to have thought that a US filmmaker might have latched onto this gem by now considering that it was made and released in the 90s. But as year after year came and went with nothing, it’s now being given over to Bollywood as Joey Paur from GeekTyrant has revealed and will be granted a new cast with hopefully, more or less, the same story. The overall tale of the movie is pretty simple since the biggest part of the plot has to do with Lola trying to obtain enough money to keep her boyfriend’s butt out of the proverbial fire since he accidentally loses a sizable sum of money on the subway and has to find a way to come up with the same amount before he has to turn it into his boss. As movies go it’s one of those that might not have been remembered as easily as many others but it’s still visually pleasing and had a story that is kind of awkward to get used to for some of us but is still overall interesting and even satisfying by the end since eventually things do work out. It’s the kind of movie that makes a person wonder why the world we live in can’t work like this sometimes, as things might be a bit easier after a few trial runs.

If you’re a big Bollywood fan this might be striking news since the project already has a cast lined up and people are already excited to see what might come of it. How much will be changed is kind of hard to say since switching from one version to another is always bound to see a few things either tossed in favor of a new vision or a few key elements changed just enough that people have to try and recognize them. Given that the release date isn’t until 2021 however there’s bound to be a lot of speculation moving forward about how smoothly the project is going to run. It might sound as though the wait is going to be interminable but when one thinks of how fast 2019 came and went at this point it’s easy to realize that the movies we’re waiting for so desperately will be here while we’re still feeling the effects of the movies we’ve been waiting on 2020 for, so it works out in its own way.

For those that think that America is the only one that can make remakes and reboots of various movies that a lot of people know nothing about, just ask David Tormsen of Looper and you’ll see that throughout the world remakes are still a commonality that a lot of countries share, and it’s been happening for longer than you think. Remakes and reboots are a lot more universal than people appear to think since a lot of us are bound up in the fad that has hit America in a big way and haven’t looked outward at this point. In a big way, Bollywood kind of makes whatever it wants for various reasons, but one of them has to be that as its own entity that has a large fan base it’s still not quite as popular as Hollywood, a location which still tends to set the pace whether they’re coming up with new ideas (pause for laughter) or finding new ways to take old ideas and make them great again or even better this time around. Around the world remakes and reboots are the thing to do when there’s nothing left to come up with, no ideas that have yet to be seen as new, innovative, creative, or even mildly interesting enough to push to an audience that feels as though they’ve seen it all and experienced everything that said movies have to offer. Run Lola Run at least has an entertaining premise that people can get into, as well as being versatile enough to have a good deal of the story changed and still come out roughly the same without too many issues.

The idea that Bollywood might change it up just enough to make it their own isn’t too hard to comprehend since no one wants to have their movie called a cheap copy of the original, no matter that the consensus usually appears to be that Bollywood is going to do their own thing and not worry too much about the criticisms that come from the Hollywood crowd. They’ve more than proven that they can bring the entertainment in a way that will make people pay attention, so it’s fair to state that the movie might actually b of more interest when the new version releases, at least initially. It could be a lot worse, but it doesn’t sound all that likely. Tom Tykwer of The Hollywood Reporter has more to say on the subject.