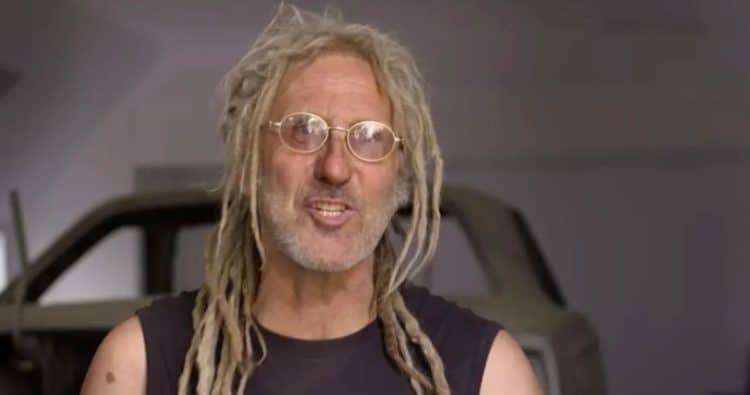 Just beneath the Rocky Mountains of Canada is an interesting group of guys who are in the business of restoring, trading and selling classic cars. The name of the company is Rust Valley garage, and they’ve become well-known in the classic car restoration industry thanks to the Canadian television documentary series that follows their work. The title of the six-part series is “Rust Valley Restorers.” If you’re an old car enthusiast and you haven’t yet had the pleasure of watching it, the series has received some popular reviews in amongst the usual complaints about the mechanics and auto technicians who star in the series. For those of you who are intrigued and want to know more, here are 10 things you didn’t know about “Rust Valley Restorers.”

1. The series is fairly new

If you haven’t heard about “Rust Valley Restorers” yet, you’re not alone. The show was just recently released in December of 2018. It aired on the History Channel, and there were only six episodes in season one. Those who did tune in got to see the guys in action, taking old cars and making them look like new. They specialize in classic car restoration and they’re always looking to make a trade or a sale with the finished product. It truly is amazing to watch them turn an old seeming piece of junk into a beautiful and functional vehicle that’s worth, in some cases, thousands of dollars.

Interestingly, Mike Hall, one of the stars of the show, can’t resist the challenge of transforming an old abandoned car into a work of art. He admitted that even as a teenager, he was an old car hoarder and the compulsion has continued to this day. Hall owns a piece of property near the Trans-Canada Highway and there are more than 400 old cars, some lying in pieces on the land. Although he admits that most of them are not currently in running condition, he knows that he can restore them to full operational order and make them look like new in the process.

3. The show kicked off in an unusual way

We learned that Mike Hall had made an honest effort to sell his property with the 400 cars on it some time ago. He listed the price for everything at $1.19 million. When he didn’t get any takers, instead of lowering the price, he bumped it up to $1.45 million and it was then that collectors and show executives perked up their ears and decided to check it out. This means that it was more as a happen chance situation that he was approached to do the “Rust Valley Restorers” series.

4. You can learn a lot of technical stuff on the show

“Rust Valley Restorers” features a group of guys who know a lot about classic automobiles. Each episode is packed with their in-depth discussions about some pretty technical specifications for each of the cars that they work on in the show. Even if you don’t know a lot about cars or how to restore them, you can pick up some valuable information while watching the show because they go into detail. The show is more for people who are hardcore into restoration so you need to be familiar with the lingo when you start to watch, and if you are, you’re likely to pick up some useful tips when it comes to restoration. They guys don’t simplify their language either.

People who remember when these old clunker classic cars were brand new. Hall shared that he’s had people walk through his acres of cars and get a faraway look in their eyes. This is because they were remembering the past and when the old junkers that he has on his property were everywhere on the roads, and it takes them on a trip down memory lane. Watching the cars get restored can evoke a similar response from viewers. Hall said that he probably will never restore some of the old cars that he has in his collection, but it’s okay because he just likes looking at them.

6. Mike charged the press for taking pictures of the cars

We recently learned that a group from the press showed up to take photos of the cool old classic cars. While Hall didn’t have any problem with it, he told them that before he could allow any photos to be taken, they’d need to pay up. He charged them $10 to take pictures of cars in the museum and the reporters learned later that Mike doesn’t even own the museum. They were a bit outraged that he would charge the press anything as they were simply going to write an article about the cars in the museum.

7. The cast is humorous

If you’re a car enthusiast but you also enjoy a good laugh then this will probably be a show that you would enjoy watching. The reviews are in and the cast gets high marks for being a group of funny guys who are also entertaining while they’re teaching viewers a lot about old cars as well as the restoration process.

8. Avery is a creative genius

Avery Shoaf is one of the four guys who star in the show and he’s one of the most clever mechanics when it comes to restoring these old beauties. He’s even been called the “muscle car MacGyver” of the group. He’s innovative and he has the know-how when it comes to making an old car run and shine.

When it comes to car restoration, there are some cool modern methods of doing so, but these don’t appeal to Mike. In his book, “the higher the tech, the lower his interest.” He prefers the old school methods of working on old cars.

10. The show is easy to watch and understand

Even though the four cast members use some pretty technical language, viewers have commented that this is one of the easiest shows that there is to watch and to “digest.” They’re straight forward in the explanations that they give and the information is easy to understand. They also show before and after pictures of the vehicles that they restore and sell or trade.