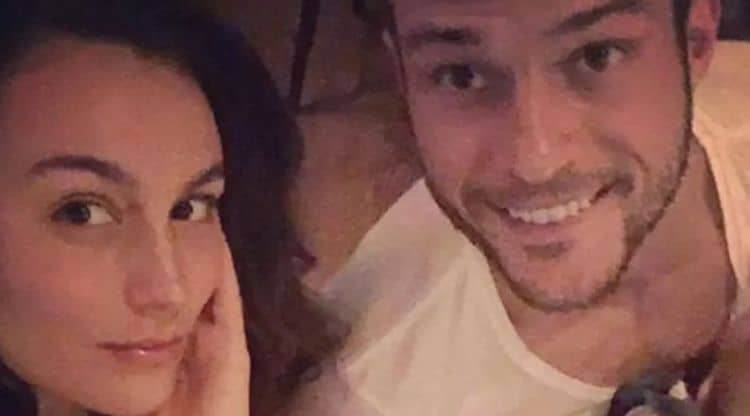 Ryan Cooper is the man who everyone is excited about this year. Why? Because he is the star of “Christmas on Ice,” on the Hallmark Channel. It’s almost that time of year again. It’s almost the holiday season, and that means we are all excited. We always love the feeling of happiness and excitement and the love and the joy that fills the air this time of year, but 2020 has been a really rough year for just about everyone. And, that means we are all looking forward to the holidays with a greater sense of excitement this year. Since we are all about to turn on Hallmark left and right for new movies, we thought we might get to know the new star a little more.

Sorry, ladies. We know this is not what you want to hear, but it’s the truth. He might be a love interest kind of guy on the television screen, but he’s taken in real life. His wife is Elizabeth Barter-Cooper. They’ve been married more than 5 years as of 2020.

He’s also a father, which we have a feeling might be his greatest role in life. He and his wife welcomed a baby girl in 2017. She was born in May that year, and her name is adorable. She’s Grace Rose. We love it, and she’s all over their Instagram feeds. They are clearly very proud parents.

It’s pretty obvious to us that he does, but he posts about it a lot. During the global pandemic that had everyone locked in their homes for a few weeks, he worked out a lot at home. Honestly, we all did. It was good, too, and some of us don’t even miss the gym and the people and the staring and all the irksome behavior that goes along with working out publicly.

He doesn’t do this as much as he did in the past, but modeling was a big part of his life for some time. He spent much of his life working hard to model for big name companies like DKNY, which is probably where you recognize him from by now. He also worked as a model for other brands like Boss and Armani Exchange.

That got your attention, didn’t it? He’s not a stripper in real life, but he did play one in a movie once. He was in a Scarlett Johansson movie called “Rough Night,” a few years back. He played a stripper while the likes of Scarlett, Kate McKinnon, and Zoe Kravitz had, well, a rough night. It had to be a fun role for him to take on at the time.

If the rumors are true, he was very competitive in the sport. He did quite well, and fans loved him. He was good enough to win some competitions, and that might just be why he still takes such good care of his body. He’s proud of it and what it can accomplish, and we don’t blame him.

Before modeling and before acting, and before so many things in his life, he was a carpenter. He spent a lot of his time working hard with his hands, which is also another great workout when you’re doing manual labor each and every day.

8. He Has a Huge Following

When he’s not busy doing his work or being with his family, he’s posting on Instagram for his more than 105k fans. He’s got a lot of fans, and we have a sneaking suspicion that his new Hallmark Christmas movie will net him a few more than that in the coming season.

If you were wondering if he’s a good dad, the answer seems to be yes. His daughter is in almost every photo he posts online. They sing together, play together, and she seems quite smitten with her dad. We’d say he’s probably having the time of his life right now, and that’s what he should be doing with his little family.

He’s a famous man, but he’s not doing anything other than keeping his life to himself. He does share what is important to him, but it’s clear to us he’s not going to go out of his way to share too much. He values his privacy, and the privacy of his wife and their baby, and he’s just here to take care of them and live his best life.