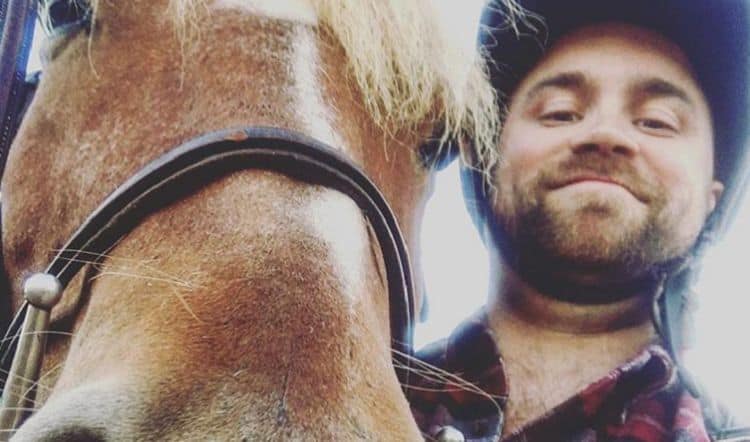 Do you know much about Ryan McDonald? It seems that the actor has a fan base, but not that many people know too much about him. He’s been on television or a long time – since the 2000s – and in the movies since about the same time. He’s got a recognizable face. The kind of guy you see and know, but not the kind of guy people always know off the top of their heads. What does this mean? This means we want to get to know more about him, but we want to point out that we should all already know more about him.

Canadians are the nicest people, are they not? We’d heard this rumor for so long, but it seems it’s so much more than a rumor. It’s like the truth. They’re the nicest, kindest, most chill people. It’s amazing. It must be all the fresh, cool air. Either way, he’s from Winnipeg. This is located in Manitoba. You know that’s already in Canada.

We don’t know how young, but we imagine he’s still in 30s. However, his precise date of birth is unknown to us. He was born where he was raised in Canada, and he’s spent the vast majority of his life there. It’s a good place to grow up from what we understand, which means that he probably had a fun childhood.

What’s got to be a pain when you’re a famed actor is when people cannot get your name correct. Sometimes, he finds that people refer to him and credit him as Ryan MacDonald. His name does not have the Mac at the beginning of McDonald. He’s like the fast-food chain and not the Mac. But, he’s still famous enough to be able to have first world problems like this one. He’s also not Ryan McDonald, actor from British Columbia, Canada. Sometimes, people get him confused for this one. However, let’s remember he is Ryan Alexander McDonald, and the other guy is Ryan James McDonald.

What we love about him is that he is famous for his role on the hit CW series “Supernatural,” and he’s good. Fans love him. He plays Travis. He’s got the powers in his role because his character was in a bus accident in which he ended up being able to emit radiation. We don’t know how this really works in a real-life situation, but it sounds cool on a show like this.

5. He’s Been on Supernatural Before

Okay, sit down and get ready for this. His role as Travis is not the first time he’s been on this show. He was on the show in 2014 as another character, and we love it. He was a trucker who was also a demon. It was on an episode called “First Born,” and now he’s a regular. How cool is that?

6. He Doesn’t Have a Huge Following

His Instagram feed is nothing if not hugely creative, but he doesn’t have a large following. His page is not private, but he only has just under 1,000 followers. He has nearly 400 posts up, but it seems that his followers don’t flock to him like they do others.

He’s living in Vancouver and doesn’t get to vote in America, but his own country has their own elections going on, and he’s all about it. He’s been using his time to remind his followers to go vote, and he’s hoping that they do take the time to exercise their democratic right in the early voting polls.

8. He’s Not the Only Ryan McDonald on Supernatural

Remember when we mentioned above that he is sometimes mistaken by name? It’s easy to get things confused when you have two Canadian actors who both played a role on Supernatural who are also both named Ryan McDonald. The Ryan James McDonald is often mistaken and credited as Ryan MacDonald, and he is, too, by default. If you know one more than the other, you might be inclined to make some mistakes, or believe they are the same person. We get it. They have the same name. They’re from the same country. They both played on the same show. However, Ryan James McDonald of British Columbia is not a recurring character on “Supernatural”. However, he was Pete Garfinkle in 2017. So confusing, right?

We don’t know much about him personally, but we know that he is a guy who is relatively private. He doesn’t share much about his life with the world, and that’s all right. He shouldn’t, and he shouldn’t feel like he needs to, either.

He doesn’t share a lot about his life, but he is clearly a hockey fan. He shares photos of games, and that’s a fun sport. We like that he likes it.