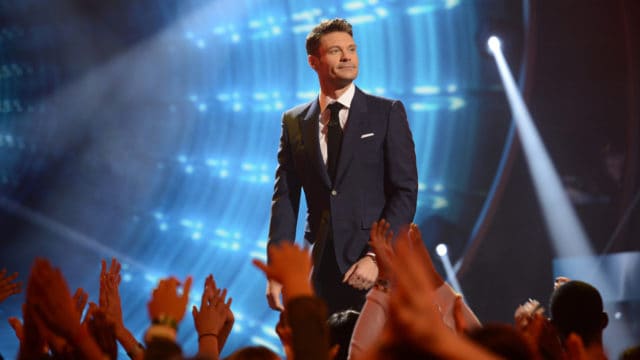 With the latest accusation of indecent behavior being leveled at Ryan Seacrest it could be evidence that the vultures are already circling and are beginning to descend. For every ten men in Hollywood being accused of sexual harassment, misconduct, or any other act that is deemed inappropriate there also seem to be those that are genuinely innocent and are being targeted for imagined or far lesser slights simply because it is expected now for women to speak out against their abusers. That statement might seem a little confrontational but the fact remains that every person that has ever been accused of acting inappropriate in any manner to a woman throughout the years, in Hollywood at least, is now facing the fact that no one is safe.

Women that have been wronged and taken advantage of deserve their justice and to be heard, but those that are now seeking to pick at the fringes of this issue and therefore worsen the problem by making false accusations are becoming part of the problem, not the solution. It’s been seen that about 3 percent of the men being accused for their actions are not guilty of anything, but they have still been lumped in with the worst offenders when discussions turn to how heinous their actions were. Even those men that have admitted to any wrongdoing are being singled out and put on par with the likes of Harvey Weinstein and the more serious offenders. At this point a good percentage of Hollywood’s male actors, writers, and other individuals that are heavily involved will be on trial by the time 2018 rolls around.

Is that right? Those that have done the crime should in fact pay for it with more than a mere slap on the wrist. But for those that have done nothing except be falsely accused the matter is growing more and more serious by the day. Ryan Seacrest is currently under investigation by the E! network into the supposed inappropriate behavior he’s said to have made towards a wardrobe stylist a while back. He denies the allegations and has said that he’s willing to cooperate with authorities and the network to figure out just what is going on and why this woman would make such accusations against him. He has even gone on to state that he is sorry if he did something that was misconstrued as inappropriate and seeks to remain professional with every person he encounters no matter who they are.

Right now it’s a matter of knowing who to trust and whose motivations are the most likely to come into question. In such cases the issue of monetary damages being paid out due to grief and suffering are a big indicator of a lie being attempted. Many of those seeking justice want to see their abuser be punished by the order of the law, and will not seek monetary damages. Those seeking to sue for damages however are almost immediately suspect since the issue of money is a very big red flag when speaking of abuse. In other words, the presence of money seems to say “pay me and I won’t go to the cops”.

Some of those particular vultures see little more than dollar signs it would seem.