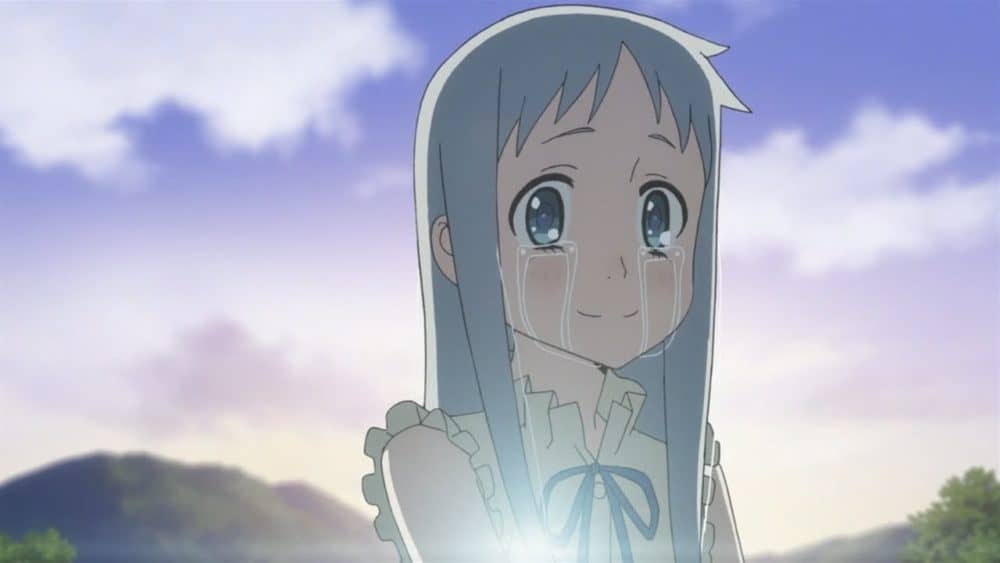 It’s entirely possible for animated movies to make a person cry and anime as well as other cartoons have proven that throughout their history thus far. Whether it’s the content, the emotions, or all of it wrapped up together some people just can’t help but go to pieces when it comes to anime. It’s a craze that came on without a lot of warning but it also seemed to take entire nations by storm, and here in the USA it’s been something that many upon many people have fully embraced. Some people might not get it all that much but anime has still become overwhelmingly popular throughout the years and is likely her to stay. The comics, the series, and the movies are well done enough that people should probably give them a look at least before deciding that they simply don’t like them. It couldn’t hurt to open up to a new experience.

Here’s just a few that will probably leave you in tears but are worth trying.

One day while becoming lost in the woods young Hotaru meets a mountain spirit named Gin, who wears a mask and is unable to touch a human lest he disappear forever. Hotaru eventually has to go back to the city but she promises to visit Gin ever summer, which she does. As she continues to grow older however Gin remains the same, never aging and in some ways growing closer to Hotaru as they continue to see one another during the summer months. Eventually the two form a budding relationship that gets harder and harder to deny since they cannot touch one another. But when Gin decides to take Hotaru to a festival put on by the forest spirits a young human boy sneaks in and accidentally touches Gin. He has time enough to tell Hotaru how he feels before he disappears, thereby ending the story on a very sad note.

This film seems to have a lot in common with The Lake House since it is in some ways the same design. Two young people, Taki and Mitsuha, begin to occupy one another’s body for alternate periods of time, each of them changing the others’ life in ways that benefit them both. However it is eventually revealed that they are separated by three years time, during which Mitsuha’s town is destroyed by a trailing piece of comet. Through a great deal of effort and struggle the two conspire to save her home and to warn those around her about the impending doom, and by the end Taki and Mitsuha are allowed to finally meet, feeling that they’ve known each other for years.

After having children with a werewolf Hana has to struggle to raise them in a manner that will be beneficial for them both. Moving off into the countryside is not good enough for Yuki, who wants to be around other people and get along with them. Ame on the other hand has a wild heart and longs to be out in the open, where he feels far more comfortable. Hana has to deal with keeping her children well and protected as they grow, but in the end cannot help but feel that raising them was something akin to a fairy tale since they were both her children and will remain so for the rest of her life.

2. The Girl Who Leapt through Time

Kazuko finds one day that she can leap through time in a way, and is able to predict what will happen to the amazement of her peers. However when another time traveler confronts her Kazuko ends up falling in love. The traveler however does his best to erase all hints of his presence in the past, which includes Kazuko’s memories of him. Yet still something lingers in her memory, as though she can recall that someone will come for her every time she smells lavender. It’s a forward story, more so than most, but it’s also a tragic love tale that might make many people sigh with longing.

1. Whisper of the Heart

It’s amazing how a relationship can form, especially when it forms from something that was nothing but irritation in the first place. When Shizuku and Seiji first meet there is nothing there, but after a while and a few experiences they begin to bond. Eventually they find out that they have more in common than they originally thought, and by the end of the movie they have agreed to marry at a later date. It’s a different kind of love story to be sure, but it’s still one that will leave most people in tears by the end.

Anime does have a way of tugging at the emotions so as to make people feel. So it’s worth the effort.