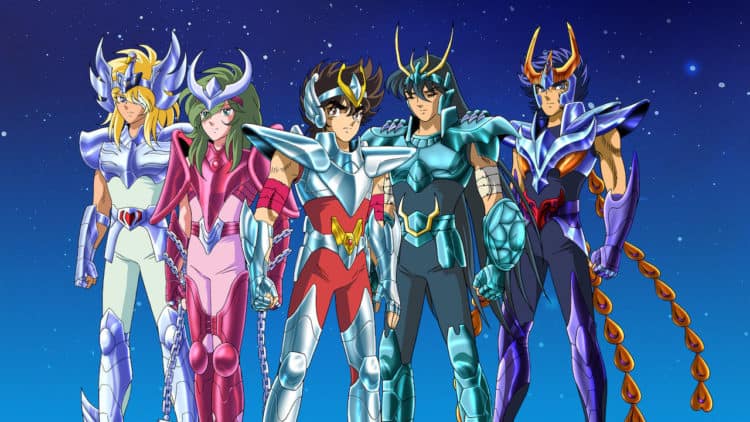 Saint Seiya: The Knights of the Zodiac is a famous manga that hit back in the 80s and 90s. The graphic novel was written and illustrated by Masami Kurumada about young warriors known as Saints. They are tasked with protecting the human reincarnation of the goddess Athena with the powers they gained from the cosmos. It was so popular that it spawned an anime series produced by Toei Animation that aired between 1986 to 1989. The anime followed Pegasus Seiya and other bronze knights who battle forces of evil that threaten their goddess, Athena. It was a massive hit with Saint Seiya fans worldwide and is considered one of the greatest anime. As you know, in Saint Seiya, there are many characters, including bronze knights, silver knights, and gold knights, all of whom are super powerful.

We will rank the central knights in the Saint Seiya universe, the bronze knights. The main protagonist in the Saint Seiya universe is none other than Pegasus Seiya. He was trained in Greece to harness his Cosmo powers. He is witty enough to defeat enemies even though he seems like the underdog during his battles with enemies. His kind nature also makes him a favorite to others. Pegasus Seiya’s most popular technique is the Meteor fist move that delivers hundreds of punches simultaneously to his opponent. This ability is ranked as the strongest among the bronze knights’ abilities. Another power, the Comet fist, uses cosmo from his right hand and releases it in a blast of light. Apart from Pegasus Seiya, we will rank the rest of the bronze knights from the strongest to the weakest.

There is no doubt between all the bronze saints from Saint Seiya that Andromeda Shun is their most potent. Shun is the younger brother to Phoenix Ikki and is very soft-spoken since he doesn’t believe in bloodshed. It was revealed in the anime that Shun is a human reincarnation of Hades, the god of the underworld, making him even more powerful. Hades once possessed Shun’s body, and only the goddess Athena could separate Hades from him. Shun wears the Gold Cloth of Virgo, which comes to him during times of crisis. His power is so great that he has to use the Andromeda chain whenever he battles an enemy because using his full capabilities will kill them. Shun’s signature technique with the chains is the Nebula chain, which causes the chains to slice and wrap around the enemy. The great capture is another move that immobilizes and paralyzes opponents. Andromeda Shun’s most extraordinary attack technique is the Nebula storm, a burst of Shun’s cosmo that destroys everything in its path.

Our second saint on the list is Phoenix Ikki. Unlike his younger brother, Shun, who is friendly and kind, Ikki is a loner and aggressive. He has the most substantial raw power out of all the bronze knights, motivated by his love for Andromeda Shun. When he battled Shaka, he awoke his seventh sense placing him at the same level with Hades and the Gold Saints. Ikki started as an antagonist but later became a bronze knight and appeared whenever they were in need. As his name suggests, Phoenix Ikki has the power of a mythical phoenix where he reincarnates with twice as much power every time he dies. His signature technique is the Phoenix’s Wing Rise, a blow with the force of wind and heat that can defeat multiple enemies simultaneously. The Phoenix Illusion Demon Twist is his other technique that attacks and destroys the enemy’s minds.

The third strongest bronze saint in our list is Dragon Shiryu, a bronze saint from the Dragon Constellation. Shiryu was trained to harness his cosmo powers by the old master, Gold Saint Dokho. He has the most significant physical strength out of all the bronze knights, only second to the likes of Phoenix Ikki. His arsenal has several deadly techniques, including his Loshan Rising dragon technique, releasing cosmo power in an upward blow that can be fatal to enemies. The deadliest technique Shiryu attack is Lushan High Dragon Lord. Shiryu grabs his opponent, and they both launch into the skies so fast until both their bodies are incinerated. He only uses it as a last resort since it means death for him and his opponent.

The weakest of the bronze knights has to be Cygnus Hyoga. He lost his only family, his mother, Natasha, in a shipwreck during his early life. He was trained by Camus, the Gold Saint of Aquarius, who he later defeated after mastering his famous technique, Absolute zero.  Among the other knights, he is the calmest. Using his cosmos, Hyoga can control ice and snow to attack his enemies. His signature fist blow shows this ability; Diamond Dust releases several sharp crystals at the enemy. Another attacking move is the ice tornado which turns his cosmo into a tornado released through an uppercut. His most powerful ability is the Aurora execution, a Gold saint level technique that allows Hyoga to freeze his surroundings completely.