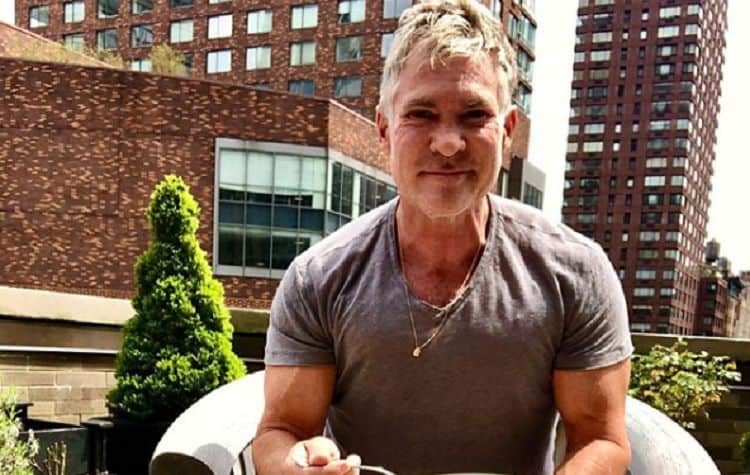 Sam Champion is one of those individuals in the business that some people know a lot about and others know absolutely nothing about. In other words he fits into a niche that some people pay attention to and others don’t ever think about since it’s not a part of their overall interest when it comes to television. But in spite of that he’s had a pretty decent career throughout the years and he’s worked quite hard to make it happen and to insure that it’s been a lasting part of his life. As one of the premiere weather forecasters in the industry he’s certainly carved out a place for himself that’s kind of impressive and has made an impact throughout the years he’s been around since he’s worked harder and been more diligent than many people in his efforts to inform others and make certain that they get the news they need.

Here are a few things about Sam you might not have known.

That’s a long time to do anything and there are still quite a few people in the world at this point that can’t see themselves sticking with the same kind of job for more than a decade or so. Despite that however there are still a lot of folks that do find a job they like and cling to it.

9. Sam has done a stint on Sesame Street.

The list of celebrities rolling through Sesame Street is long and storied and while some aren’t all that famous or able to draw as much attention they’re all welcomed for various reasons and tend to add a bit to the show once they get there.

Everyone’s got to figure just when is a good time to jump ship and allow their career to reach new heights and Sam isn’t one to rest on his laurels and hope that good things will come to him. He did make his way to GMA after a while and it seemed to be a good move for him overall.

It seems as though you could say that he’s made a number good investments since one’s net worth isn’t tied up just in what they do for work but also in what they own and what their salary is. Sam has definitely made a few good decisions along the course of his life.

Looking at him the guy still seems to be in good health and is enjoying life without a doubt since he’s doing what he loves to do, he’s with who he wants to be with, and things have been going more or less just fine for him throughout the past several years and more.

5. He’s fairly active on social media as you might suspect.

This kind of goes without saying since honestly if a person isn’t on social media and they’re performing in any way in front an audience it’s hard to think on how they expect to get their name out there in a broad, sweeping manner. TV and word of mouth can go far, but only so far since social media is at this time the most widely accepted medium.

4. There isn’t a whole lot about his early years on the internet.

His story seems to start at the high school level and works up, leaving out a lot of what might have come before. Whether this was by his doing or by simple omission is hard to tell but it would seem that what we’ve been given is enough to tell enough about the man and what he’s had to do to be successful.

This is kind of interesting considering that he became a weather forecaster. Maybe his first intent was to become a reporter, or an anchor, and he got sidelined into forecasting. If he was thinking being a weatherman you would think that he might have gone into a different major instead.

2. There’s been some controversy over his departure from ABC news.

No one can really say if he was fired or if he chose to walk away. Sam and those involved in the fracas know the truth no doubt but it’s likely that we’d never hear it since such moments tend to invoke a great deal of wounded pride in some individuals and they tend to say whatever they want in order to assuage any hurt feelings.

1. He had to struggle with being a gay man on TV for a while.

When he first went on TV there weren’t many, if any, openly gay men that were being allowed on any show. As of now though he’s very open about who his husband is and the fact that he’s gay, which is great since there’s no need hiding it at this moment.

He’s been a unique individual for some time.