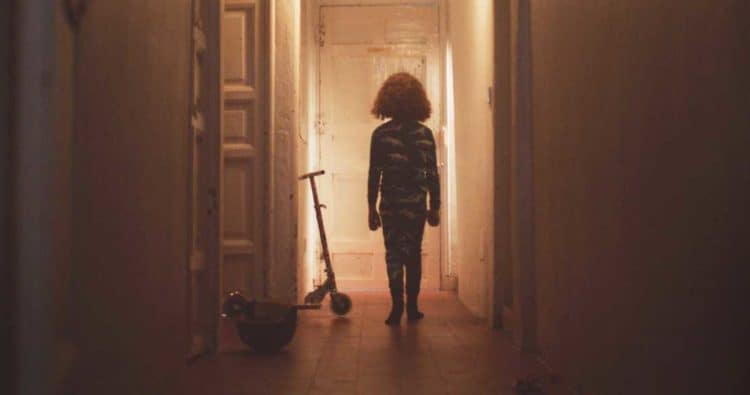 It’s kind of easy to be critical about horror stories these days, even those that are being taken on by someone like Sam Raimi, who’s been proven to be quite good at what he does. B. Alan Orange of MovieWeb has written that Raimi will be taking on the short movie Bedtime Story and turning it into a full-length movie, and so far the simple premise sounds like it might have a little promise at least. You can’t forget that this is the guy that brought us the Evil Dead movies and Darkman so he knows how to scare an audience and he’s got what it takes to do it without an excess of jump scares. But still, the premise being what it is, and it sounds perfectly okay, there’s still a lot of work that needs to be done it would seem. The idea of two kids hearing a story from their mother and being terrified is solid enough, but the story coming to life does need a little more explanation and Raimi is the kind of guy that might take it around the bend a few times in doing just that.

Anthony D’Alessandro of Deadline says about the same thing as he seems to know about as much concerning this production as anyone else. Right now it would seem as though the story is in the early phases of being created since it’s already been a short film and needs to be stretched and filled in so as to make it something that might wow people on the screen or at least capture their attention long enough to make the project worth it. Horror is definitely one of the genres that is picked apart by just about anyone with an opinion and at times can be torn to pieces by the fans just for one small indiscretion that wasn’t covered up or explained away in a manner that they approve of. People seem to have forgotten that the idea of going to a movie is to be entertained and hopefully see something original or at least something familiar that’s been presented in a new way. It’s not about walking into the theater thinking ‘what errors am I going to find in today’s feature’ as some folks seem to do. You might want to argue that critics get paid to do this and you’re right, but it’s also very likely that being a movie critic is one of the most pointless jobs in the world since the fans happen to know what they like and the job of the critic is, despite being valued by some, something that seems about as important as a wall switch with no discernible function.

As Chris Morse of Dead Entertainment has said there’s no writer yet for this story but at the very least things are moving forward, which is a good start since it means that it’s not just some idle fantasy or rumor that’s being spread. As far as this movie being something original it’s not exactly original for a story that scares the hell out of anyone to suddenly come to life, but there are many, many ways that it can be done that are just different enough to really make it work. The act of bringing children into a horror movie is nothing new and it’s a very subjective matter when one looks at it since kids are at times supposed to be spared from the horror and absolute evil that comes from such stories, but as we’ve seen throughout history some kids simply aren’t that lucky, and some kids happen to BE the evil. That doesn’t seem to be the case here, but rest assured the kids are not bound to be as removed from the evil as some might like. After all, if a psychotic creature that looks like a clown can chomp down on a kid in a movie you know that the rules have been tossed out the window long ago. To think that kids are immune in any way from the horror that goes on in the world is kind of naive, not to mention kind of ridiculous.

Sam Raimi still seems as though he might have his hands full with this one since it might require a good deal of bolstering in order to make sure that the movie isn’t stretched too thin or made to seem a little too weak in one area or another. There’s a lot of faith in his abilities but until it’s released there’s going to be a lot of talk about how it may or may not be worth the time he spends on it. Personally I’ve got faith in Raimi since he’s done so well in the past, but it’s going to be interesting to see what he does with this.