Home
Entertainment
Sam Rockwell To Play Merle Haggard: This Should be Awesome 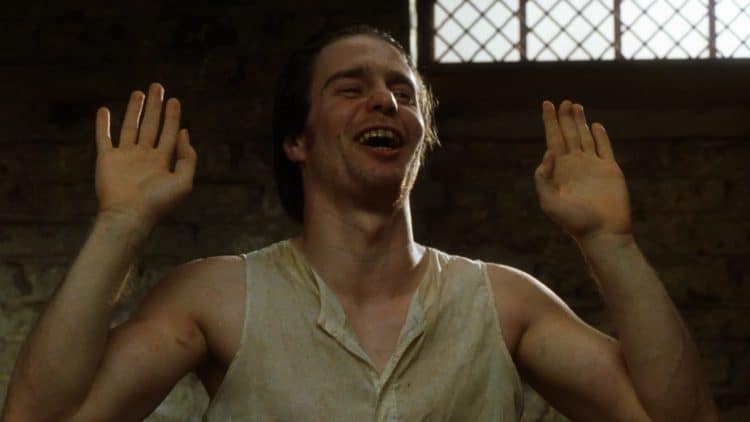 Sam Rockwell playing the part of Merle Haggard is a great enough idea on its own, but adding in that he’ll be singing as well is nothing short of brilliant since this kind of proves that Rockwell is definitely an unsung genius if he can pull this off. Merle Haggard of course is one of the most well-known names in the world, but try to tell people who Sam Rockwell is and there’s a pretty even chance that some folks will know him by name and sight while others won’t know him at all. When it comes to acting though he’s one of the best actors out there since he’s one of the most useful guys in the business. He can be a funny man, he can do drama, he can do action, and he can take part in a love story as well. At this time it’s kind of hard to imagine why Sam isn’t one of the biggest stars in the industry, but to be fair, he does show up in a lot of movies and he’s fun to watch every time he does. It’s not hard to see why Sam would be the man picked for this role since his look is close enough to Merle’s that he can likely fit into the role without too much help. But the idea of him singing is interesting to think about since it’s hard to remember if anyone’s ever heard him sing.

Actors singing their own parts in movies is nothing new to be certain. From Judy Garland all the way to Jamie Foxx and everyone in-between, actors have been singing with their own voices for a long time now and to certain, it’s a bonus if they can since it adds to their overall versatility when it comes to the job. Kind of like a stunt person, an actor needs to have more than just one skill to go on since otherwise they can be limited very quickly to what they can do and what parts they can take. But there have been some genuine surprises in the acting world when it comes to singing and it feels as though Sam is going to be a pleasant one since his voice does kind of sound like it could carry a tune if he really tried, and it might be that he’s able to emulate Merle Haggard just fine when the time comes. If you’ve heard Merle sing, then by all means it does sound as though Sam could make it work. But if you haven’t listened to Merle Haggard, it might be time to give the legend a listen just to see what you’ve been missing.

It would make a lot of sense if the movie went the same route as the Johnny cash story, Walk the Line, though perhaps with a bit more honesty to it instead of making the story conform to the movie. The chance of that happening is probably slim, but the chance of people not caring and wanting to see the movie anyway sounds like it might be pretty high since it’s the story of Merle Haggard, after all, one of the legends in the music industry that many feel has had more influence than just about anyone. That’s debatable, like it or not, but it’s impressive to hear people say this all the same. Putting Sam Rockwell into this role feels like the best fit since putting his picture alongside Haggard’s makes it clear that there might be a few other people that could possibly make this work, but when it comes to being able to sing and being able to turn a role into something special there aren’t a lot of people like Sam, no matter that someone might want to argue that a number of people might make this work perfectly.

One thing that Sam tends to bring to a lot of roles is a great deal of sincerity considering that with each role he takes a person can feel sorry for him, disgusted by his character, or somewhere in the middle since he can be amusing and then be deadly serious when he has to be. His style of acting is great enough that he can pick up pretty much anyone and play them to a tee when he’s called upon to do so, and thinking that we’ll get to see him as Merle Haggard at some point is all kinds of great. I’m all in when it comes to seeing Sam in a movie, and to watch him play a legend that was one of the greatest of his time and is still a legend following his passing, that’s all the better. When the movie will come out is hard to tell, but you can bet that plenty of people will be posting updates to let you know.