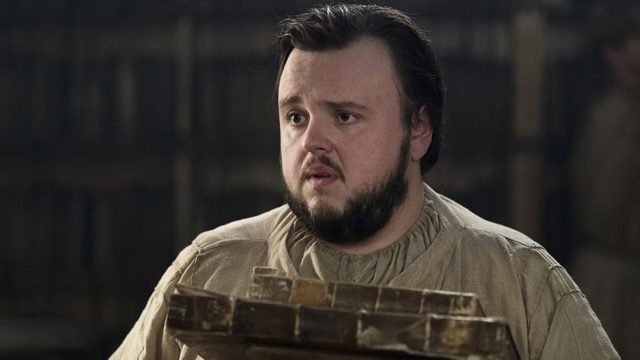 One of the most interesting things about fandoms is their creativity when they become inspired. For proof, look no further than a thread on the Game of Thrones Reddit, which saw a collection of Redditors writing an impromptu Game of Thrones version of The Fresh Prince of Bel Air rap from the perspective from the character Sam Tarly. While it seems that this will be the end of it for the time being, it is nonetheless an excellent example of the fun and entertaining things that can happen when fans come together under the right circumstances.

Who Is Sam Tarly?

For those who are unfamiliar with the character, Sam Tarly is the nobleborn brother of the Night’s Watch who was presented with the choice of either being sent to the Wall or being killed by his own father. In brief, House Tarly is a noble house in the Reach with a martial reputation because of its proximity to both Dorne and the Stormlands. However, Sam’s father took the martial reputation of their house to an extreme, as shown by how he presented Sam with the infamous choice as soon as he had a second son because of Sam’s unmartial nature. Regardless, Sam was not expected to fare well at the Wall, meaning that he was fortunate to find a friend in Jon.

Why Does Sam Tarly Inspire So Much Interest?

Sam is not one of the more stand-out characters in A Song of Ice and Fire and its TV adaptation. After all, he is neither the concealed son of star-crossed lovers who has been entrusted with fate of an entire kingdom nor an exiled princess with a magical heritage who is returning as a conqueror to a home that she has never seen save in the stories of her brother. Instead, even though he is nobleborn, he is a relatively normal young man with relatively normal fears and concerns that make him relatable to significant swathes of the population.

However, it should also be noted that Sam does have his positive characteristics as well as his moments of heroism. For example, he was instrumental in ensuring Jon’s election as the Lord-Commander of the Night’s Watch, which did not just ensure Jon’s survival after the questionable circumstances of his time spent among the wildlings but also Jon’s more accommodating policies towards the wildlings in the face of the White Walkers. Sam did not do so by swaying others with a speech, which would not have played to his strengths. Instead, he did so by convincing two candidates who loathed one another to support Jon as a compromise candidate, thus preventing someone much worse from being elected Lord-Commander of the Night’s Watch in the process.

Of course, there is also the matter of Sam having been sent to the Citadel in Oldtown, which puts him at the center of the maesters as well as the center of potential knowledge about the threat that is bearing down on the whole of Westeros. As a result, Sam is a narrative vehicle for the fans of the series to learn more about the deeper secrets of the setting, thus making his storyline that much more rewarding and that much more likeable.