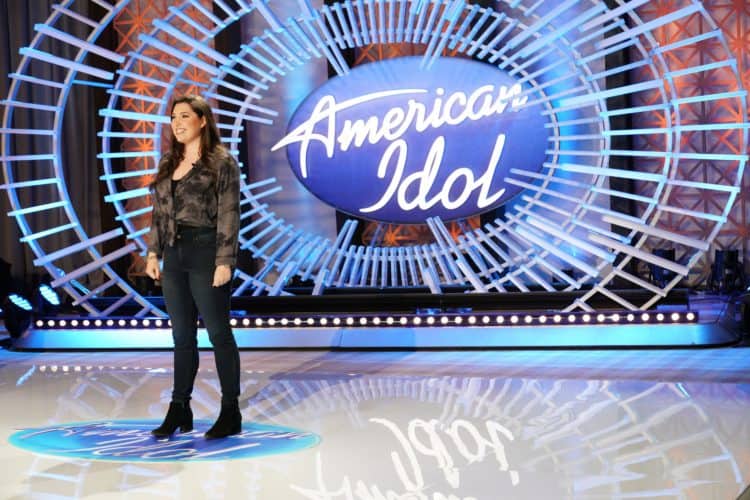 For viewers, the audition round of American Idol has always been one of the most entertaining parts of the show. For contestants, it’s always been one of the most nerve racking. After all, performing in front of a panel of famous judges is enough to make even the most talented singers break a sweat. Needless to say, when Samantha Sharpe walked into the audition room, she couldn’t help but feel some jitters. When she started singing, however, the nerves went away and she put on a performance that not only earned her praise from the judges, but a Golden Ticket to Hollywood. Now on her way to the next round of the competition, people are excited to follow along on her journey. Keep reading to learn 10 things you didn’t know about Samantha Sharpe from American Idol.

Being in Hollywood will mean traveling a long way from home for Samantha. She was born and raised in Basking Ridge, NJ and as far as we can tell she has lived there her whole life. As you can probably guess, everyone from her hometown is rooting for her to make it all the way on Idol.

Getting a lot of attention isn’t anything new to Samantha. Even before auditioning for American Idol, Samantha made quite the name for herself on social media. She currently has nearly 50,000 followers on Instagram and that number is only going to increase in the coming weeks and months.

Samantha isn’t the only person in her family who has musical talents. In fact, she comes from a family where music is simply everyone’s ‘thing’. Her parents and siblings are also great singers and they’ve all formed a group called the Sharpe Family Singers. While she loves being a part of the group, she would love to have a solo career.

Samantha has been blessed to have a strong support system, and one of the most important members is her boyfriend, Matthew Ciuffitelli who is also a singer. The fact that they are both singers probably brings a great level of understanding to their relationship .

Even though most of Disney’s productions are for younger audiences, many people love the stories and characters so much that they still enjoy them into adulthood. Samantha has been a lifelong Disney fan. In her Instagram bio she refers to herself as a “Super Fan”.

6. She Has Some Acting Experience

Music is definitely Samatha’s first love and it has always been her main focus. It isn’t the only area of the arts she has been involved in, though. She has also done some acting and has been cast in several musicals. In the comments section of the video of her American Idol audition, many viewers commented that they could tell she had theater experience from her singing voice.

There are so many incredible things to see all over the world, and Samantha is always looking forward to seeing as many of them as she can. Samantha has gotten to do lots of traveling over the years for personal and professional reasons. Some of the places she’s been include France and Ireland.

8. She Loves To Cook

When Samantha isn’t singing, you can usually catch her in the kitchen whipping something up. She loves baking and it’s become another way for her to express her creativity and have a little fun. On top of making things herself, she also enjoys going out to eat and trying new dishes.

In the battle over which animal makes the best pet, there are cat people and then there are dog people. Samantha is a very proud member of team dog and she has an adorable little fur baby named Chewy. Unfortunately, Chewy doesn’t have his own Instagram account but the good news is that he makes frequent appearances on Samantha’s page.

10.  She’s Always Wanted To Be On American Idol

American Idol has been helping singers make their dreams come true for almost 20 years. Although lots of things have changed since the show’s debut, singers’ desire to break into the industry hasn’t. Like many other contestants, Samantha grew up watching the show ands he always hoped that one day she’d get the chance to be on it. Now that that chance has finally come, Samantha isn’t taking it for granted and she’s hoping to earn the title of the next American Idol.