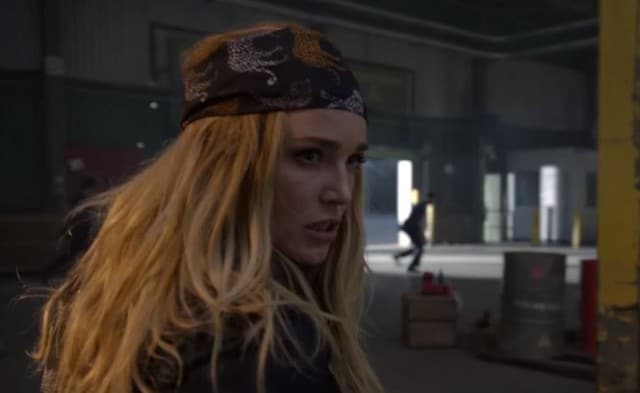 DC’s Legends of TomorrowÂ has already shown us new sides to HawkmanÂ and let us learn more about Hawkgirl, but the series’ latest promo re-introduces us to a familiar face, who is now going by a new name. I’m talking, of course, about Sara Lance, who fully transforms into White Canary in the newestÂ teaser for The CW’sÂ ArrowÂ andÂ The FlashÂ spin-off.

The video below begins with the Lance sisters together again, as Laurel shows Sara her new suit. One thing the younger sister notices right away, though, is that it doesn’t come with a mask.

“You don’t need it anymore,” Laurel tells her. “You’ve lived in the shadows long enough.”

The rest of the Legends of Tomorrow promo shows us White Canary in action, illustrating her terrific fighting skills (which we already knew about) and her desire to go “get weird in the ’70s.” And just like Hawkman and Hawkgirl, she gets several different descriptors, from “rebel” to “fighter” to “assassin,” before ultimately being called a “legend.”

DC’s Legends of TomorrowÂ kicks off on Thursday, Jan. 21, at 8 p.m. on The CW. Check out the new, Sara-centric promo below, along with The CW’s full description of the series.