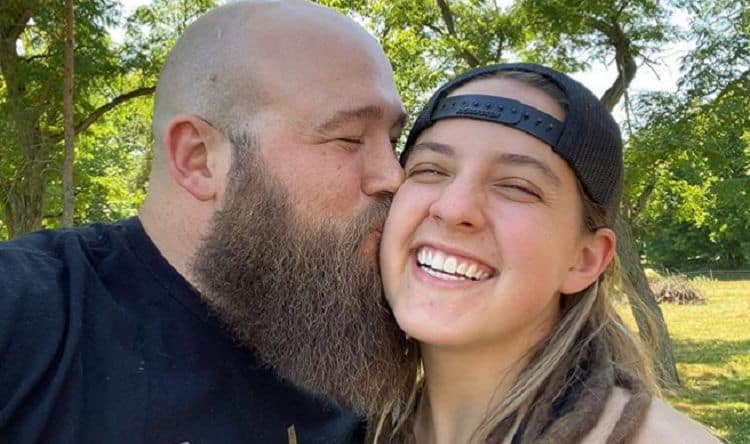 If you’re a pro wrestling fan, Sarah Logan is a name you’ve probably heard often. The former WWE star made a name for herself after making her debut in 2014. She then became known for being a member of the Riot Squad. Her tough attitude and competitive nature made her fun to watch in any match up. Like countless other Americans, however, Sarah found herself out of a job when COVID-19 began to spread throughout the United States and people were put on lockdown. Although being released from her WWE contract was probably a tough pill to swallow initially, Sarah hasn’t let it keep her down. Keep reading for 10 things you didn’t know about Sarah Logan.

One of the reasons Sarah probably isn’t too upset about her WWE days coming to an end is because she’s pregnant. She is expecting her first child with her husband fellow wrestler, Raymond Rowe. The couple is very excited to be bringing a new life into the world. In true Sarah fashion, she isn’t letting her pregnancy stop her from staying active.

2. She Doesn’t Plan On Returning To Wrestling

When news originally broke that Sarah had been released from her contract, she said that she was working on some other projects and had no plans to return to wrestling for the ‘foreseeable future‘. These days, however, it’s starting to look like the chances of her ever returning are very slim.

3. She Began Her Wrestling Career Under A Different Name

Most people are familiar with Sarah Logan under that name, but at the start of her career she was using a different name entirely. When she made her professional debut in 2011 she used the name Crazy Mary Dobson. We weren’t able to find any information on the origin of that name.

Sarah has spent her entire life living in rural areas and as a result she loves the outdoors and spending time in nature. She and her husband currently live in a farm and she spends a lot of time hunting. Even though she tries to make her hunting as sustainable as possible, she has gotten a lot of flack on from her followers on social media who believe that hunting is unethical.

Her days as a professional wrestler may be over, but her days as a business woman are just getting started. Sarah is currently selling merchandise through her Wild and Free TV website. She only has one t-shirt for sale at the moment, but all of the proceeds from the sales are being donated to a local animal shelter.

6. She Is Not Afraid To Speak Her Mind

If there’s one thing (other than getting into a ring with a bunch of sweaty wrestlers) that Sarah isn’t afraid to do, it’s speak her mind. She has consistently shared her opinions on social media on several topics including vegetarian/veganism and social justice. On occasion, some of her posts have rubbed her followers the wrong way.

If you’ve been wanting to keep up with Sarah since her departure from WWE, the good news is that she’s made it very easy. She and her husband have started a YouTube channel called Wild and Free TV where the post a variety of videos about hunting, farming, and their personal lives. At the moment, the channel has more than 17,000 subscribers.

8. She Is A Brand Ambassador For Mountain Dew

Sarah built up a pretty decent fan base during her wrestling career which has also translated to a large social media following. Since she has over 558,000 followers on Instagram it’s not surprising that brands would want to work with her, however, some people may be surprised that one of those brands is Mountain Dew. Even though Mountain Dew and pro sports don’t have anything in common on the surface, apparently the company is passionate about hunting and fishing.

9. She Started Wrestling As A Teenager

Sarah is only 27-years-old, but she spent more time wrestling than some people do at a single job during their entire career. She started wrestling at an early age and made her debut when she was was just 18. She even traveled to Japan where she trained with former WWE Champ, Champion Taka Michinoku.

10. She Has Acting Experience

Technically, being a professional wrestler counts as acting experience. However, her wrestling matches aren’t the only acting credits she has to her name. According to IMDB, she’s also made other on screen appearances. In 2014 she made an appearance in the movie The Zombie Movie  as Prom Queen Zombie.