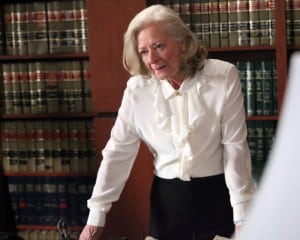 “Betrayal is the breaking or violation of a presumptive contract, trust, or confidence that produces moral and psychological conflict within a relationship amongst individuals, between organizations or between individuals and organizations.” – Wikipedia

I usually don’t ever quote Wikipedia in anything I write, but the site’s definition of the word “betrayal” fits last night’s (most definitely) “game changing” episode of Scandal in such a well-rounded way that I had to make an exception to my rule. Shonda Rhimes went in for the jugular and dramatically performed the ultimate slap that left me speechless for the rest of the night. Seriously, it was wrap for me as I went straight to bed after Rhimes, Kerry Washington, and crew flipped the script and slapped the hell out of us with it afterwards, marking that our relationship will never be the same again.

Scandal, at this point, is like an emotionally abusive relationship. No punches thrown, just mental strikes to the psyche that might not be good for you. However, the verbal and eye play is so good that you can’t leave, quit, or deny your love for the show, despite it being ‘toxic’ to your nerves, especially after it goes away for a week. (And don’t even get me started on those frequent two-week breaks we’ve gotten this season). Now Shonda has delivered another blow to fans by possibly doing what she has warned us she would do earlier in the season: she took back her characters. In abundance.

There were a lot of top moments from last night’s episode, but three of those were woven together so well and served as the game changer of the series as a whole, I’ve clumped them into one section. The other moments held their own water, but could hold ramifications for the Olivia Pope & Associates and the White House staff in the future.

Verna Was Behind The Assassination Attempt, Fitz Killed Her, Then Ended ‘Olitz’

A lot of people had stamped Verna as the person behind the assassination attempt, but I didn’t think Verna would have ‘skullduggery’ on her list of accomplishments. Scratch that, I didn’t want for it to be Verna, because, let’s face it: Verna has been the closest thing to a mother for Olivia so far in the game. To have her betray not just Olivia but President Fitz as well in such a horrible way was unfathomable and while the evidence was as obvious as Edison’s thirst for Olivia, I still was hoping for another culprit to reveal themselves.

While Olivia was understandably sick to her stomach at the news of Verna’s duplicity, she went to work to do as much damage control as possible. because they all were on their way to jail for the election tampering. My only qualm in that was why would Verna switch from “protecting the American people from the truth about the U.S. democracy being a sham” to ratting everyone involved with the tampering down with her? She was about to send Hollis Doyle to several sessions of torture under the Patriot Act, so why would she want to go to the lengths to do that, then try to disclose the truth about President Fitzgerald Grant’s presidency? Did Olivia change her mind? If so, why wait and not talk to Olivia first before contacting President Grant?

Speaking of the President, I damn near cried when he killed Verna. I’m talking complete devastation that I’m still trying to recover from. It really marked the beginning of a whole new era in the Scandal-verse, one that I am actually apprehensive about seeing, because how can we look at President Fitz again, knowing 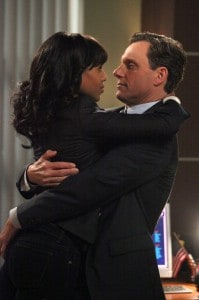 he’s a murderer? The ‘innocent,’ naive Grant that we came to know and empathize with took his last breath a minute before Verna took hers. How can we root for him to return to Olivia after that heinous act?

As for Grant calling off his and Olivia’s relationship, it was expected. I knew deep down if Grant ever found out about Olivia’s involvement with the election tampering that it would kill him. Despite the ramifications of the scandal at hand, Olivia not having faith in Fitz is/was the worst damaging for Fitz, because Olivia was his strength. His rock. She was the reason Fitz kept breathing everyday and dealt with all the phony personalities around him . So yes, Fitz telling Olivia to basically kick rocks was expected. But I’ll be damned if it still didn’t hurt like hell. Still does.

I don’t even want to go into what Olivia will do next, because I still want her and Fitz to reunite at some point. No more Edisons, no more ‘off her game Olivia. Plus, I’m still nervous about what’s to come, so let’s move on…

Another moment that rocked my world was Cyrus contemplating and putting into motion James’s assassination. I mean, WTF?!? That’s your husband, Cyrus. Your husband. Is being the Chief of Staff (the man behind the President of the United States) that damn crucial to the point that you would eliminate the person who you risked your entire career to be with? The man you married. The man you claim to love with all your being? As you can see, I’m highly livid that Cyrus would stoop so damn low to knock off his other half to maintain his place as Chief of Staff.

While Cyrus’s monologue about being born to be the President of the United States was moving and touching and all that, my heart turned to ice as soon as he made that call to Charlie. I can’t even see Cyrus in the same light again as well! I mean, yea, he had Amanda Tanner and Billy killed, but that’s beans compared to trying to kill your spouse to save your own political ass.

And yes, Cyrus didn’t go through with it, but he thought about it, made the call, and almost let it happen. No matter what played out in the end, that he even nurtured the thought of killing James to stay Chief of Staff of the White House is just utterly despicable. Now watch me cheer him on for something next week, completely reneging on this entire rant.

Plus, how about James playing it cool and making David Rosen look like a monkey’s ass? That’s what I’m talking about, James. Stand by your man… Even if yours almost had served to the worms six feet under. 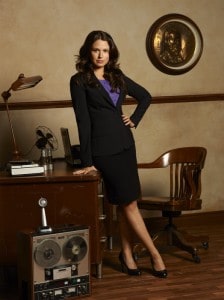 As much as I’m liking kick-ass Quinn, I’m fearing for this poor girl’s life, because she just does not know when to leave well enough alone. However, I completely understand where she’s coming from, but the way she’s seeking her answers is his unbecoming of any form of sanity she has left. Luckily Huck talked Quinn away from plunging to another ‘death’ that would have been her current life. True, having enough questions that could take Jeopardy (and any other quiz show known to man) into another half-century will run a girl mad. But I would rather ponder on the ‘what abouts?’ than facing a life where my family won’t even have anything to do with me.

Abby Confronted Harrison, Who Made Her Feel Bad For Him Betraying Her

I’m sorry, but I felt for Abby in this episode, especially after Harrison flipped the script and made her ashamed for questioning his actions leading to her and David’s breakup. Abby is a trooper, and I don’t mean that lightly. She gave up her happiness to serve Olivia Pope & Associates to the fullest. No B.S., but I would seriously ask for a raise the next day, because tossing away a passionate love like that was brutal and shouldn’t be taken lightly. So yes, I think Abby needs a pass for another month or two and should be justified in being a whiner during that allotted time as well. More on Harrison’s increasingly loyally, yet annoying blind faith in Olivia.

– Olivia finally ends it with Edison (Thank God): When Edison walked his ass back into Olivia’s apartment, I swear to you that I screamed, “Dear God, man, give it up!!!” at my T.V. screen. Not only do I hope that he heard me, but also hope that he paid close attention to Olivia as she explained to him how toxic she could be to him. Despite my complete and utter ire for Edison and Olivia’s relationship, the Senator was a great guy when it came to his job, but he should probably work on his relationship skills in the future if he ever wants to capture a decent woman.

– Harrison’s loyalty to Olivia has reached a new high (and it terrifies me): Now to Harrison, who did the damn thing in the episode, but lost me with his spiel to Abby about being a team player no matter what. At this point in the game, I can’t help but feel a bit concerned about Harrison’s blind loyalty to Olivia. I mean, yea she saved him from spending time in jail, but what in God’s name did he do? What was Harrison facing for him to be ride or die for anything Olivia does? We know Olivia pulled Huck off the streets and gave him a new life. She save Abby from an abusive relationship and saved her life. We all know Quinn’s story, which, to me, can’t be topped by anything Harrison might have faced. Or can it? In other words, I think it’s time for us to learn about Harrison’s past, and knowing Shonda Rhimes, it could be one helluva doozy. At least I hope it is.

– David Rosen is finished… Or is he?: David, David, David. Man, I feel for you, because OPA and the Grant Administration has made you look like a major ass twice in one year. If I was in David Rosen’s shoes, I wouldn’t want another serving from those two factions. Hell, I would just leave Washington, D.C. altogether. But I’m not David Rosen, as he isn’t me, meaning he’s not going to go down until someone puts him six feet under. I hope it doesn’t come to that but still…

I’m sorry for a somewhat rushed review where a lot wasn’t touched on, but I’m sure you’ve analyzed and debated over this episode since Thursday night and probably have all your ducks in a row about it. With that said, I’m eager to see what ABC has in store for us this Thursday in this new era of Scandal. What did you guys think about this game changing, mouth dropping, heart attack inducing episode?