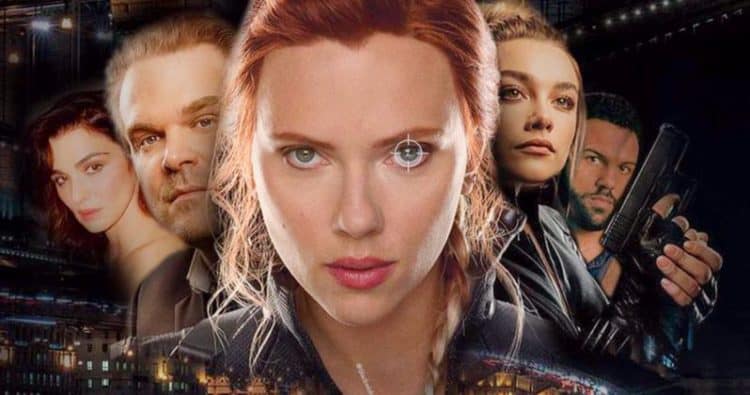 Hopefully what Scarlett Johansson thinks Black Widow is about will mirror what the fans think it’s about since quite honestly it does seem as though it’s going to be about a heroine that was at one time considered to be a villain in the Marvel universe and then did a big turnaround to become the hero. Funnily enough in the Ultimates version she did go back to being a villain until Tony Stark took her out due to nanites he’d injected into her body that followed his mental commands. Once she bled herself to get rid of the nanites however she was confronted in the hospital by Clint Barton, aka Hawkeye, who finally put her down before walking away. Needless to say Natasha has had quite the history in the Marvel universe and has been seen in many different ways, but thanks to the MCU she’s been seen as a more complicated character as Jon Fuge of MovieWeb might agree. But to hear her tell it the story is bound to be about something a little different than what a lot of us might expect. This is what Scarlett had to say:

“We just wrapped Black Widow like two weeks ago or something like that so it’s very fresh in my mind and I don’t have the total perspective on it yet. It’s a film about self-forgiveness and it’s a film about family. I think in life we sort of come of age many times and you have these kind of moments where you’re in a transitional phase and then you move sort of beyond it and I think in the Black Widow standalone film I think the character is at, when we find her, a moment of real crisis, and throughout the film, by facing herself in a lot of ways and a lot of things that make her, her, she actually kind of comes through that crisis on the other side and we start to be able to reset where she’s a more grounded, self-possessed person. So that’s her journey, well, I hope anyway.”

In other words in the movie she’s already been through a great deal as far as we know and she’s struggling to come out on the other side by way of self-discovery and forgiveness it sounds like. At least that feels like one explanation since the Black Widow character is steeped in a great deal of back story that seems to contradict her status as a hero. As far as MCU fans are concerned though she’s become a popular character no matter what her back story is, and it’s been this way for Marvel fans for a long time as well. The fact that she came from a very shady background and executed a complete 180 in the comics isn’t too surprising, but it didn’t stick all that well since people still want to see her as a hero and that’s not about to change. The movie is likely going to show that her upbringing and her training, the same training that turned her into a seriously hardcore a**kicker, was not hers by choice and the life she was given wasn’t what she wanted. Though honestly it will no doubt invoke a lot more feeling for her as a person since Black Widow was seen as sex appeal with a serious punch in the Iron Man movies until she went back with SHIELD and Nick Fury. Once Captain America: The Winter Soldier came out though it became obvious that she was more than she seemed since there was so much double-dealing going on that it was hard to know who was on who’s side at one time.

This movie is poised to be almost an apology it would seem for not featuring Black Widow in her own movie before she met her end in Endgame, a way to appease the fans and give them another look into the woman’s character so as to explain just why she was bound for the chopping block eventually. Laura Bradley of Vanity Fair and many others might feel that the MCU failed this character, but the truth is that she was bound to have a rather strange if not unsatisfying end. In the Marvel universe the Black Widow is after all a character  that can hang with a lot of different heroes and villains and hold her own, but as we’ve seen when it comes to cosmic threats she’s kind of out of her league just as much as many of those heroes without superpowers are. She has her skills, her intelligence, and her many gadgets, but in the final fight of Endgame it really feels as though she would have been about as ineffective as Hawkeye, though she would have still been a part of the fight. In this movie it does feel as though she might finally be given a back story that people can get behind and will fully enjoy. Either that, or we’ll be writing articles detailing how the feminist agenda once again swung and missed at changing the MCU.