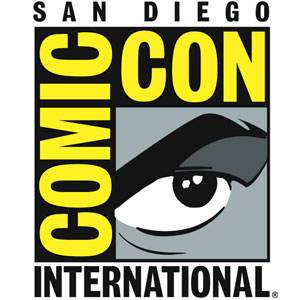 Just six more weeks until the geeks and the press descend on San Diego for the annual Comic Con and I have to tell you that I couldn’t be more psyched about the fact that I will be in attendance for the first time ever. If that makes me a fangirl, so be it. I’ll be screaming it proudly through the airport during my layover in Denver. This year, Jon, Michael and myself will be covering the floor, the panels and the hotel bars from San Diego, bringing you all the latest news on the upcoming television season, and I’m sure other TVOM writers will have updates for you as well.

The schedule is slowly coming together. While we still don’t know the dates for most of the shows that will be having a presence at Comic Con 2010 (whether that be a panel or a general “presence”), we do know that several shows will be represented in some capacity. Some shows will be appearing for the first time (ie. Castle), while other new shows, such as No Ordinary Family (which I think you guys will love) will be making their first appearance in anticipation of a Fall premiere. Check out the list we have for you below and keep checking back, because we’ll be bringing you more Comic Con news as it comes in.