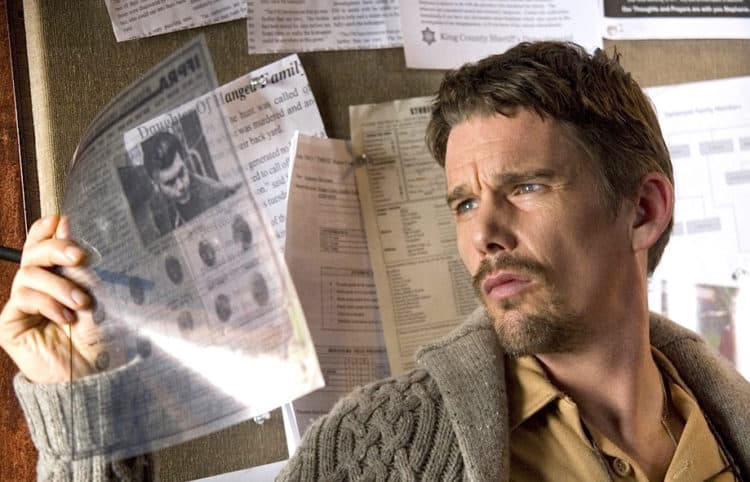 This is one of the instances in which science kind of trips over its own feet since claiming that Sinister is the scariest movie of all time is kind of like a person stating that they’re the best at anything since a small group of people has proclaimed it to be so. The sample size taken for this particular experiment was so small that one has to think that the researchers that took down the data weren’t really thinking of how this would work, or how it might skew things from a scientific standpoint. Sinister is a scary movie, there’s no doubt of that, and it does have a couple of notable jump scares that are definitely worth mentioning, such as the attic scene when the demon suddenly appears directly in Ethan Hawke’s face, scaring him so badly that he falls back to the first-floor hallway. But not only did the test have a small group of subjects, but it also failed to really broaden the scope since it didn’t include more than 50 of the most noted horror movies from the past several decades. When one says ‘of all time’ the scope has to widen by a least a century or close to it in order to encapsulate as many possible specimens as possible. Just thinking back, Nosferatu, the 1922 version, was damned creepy and could possibly get heart rates going. Plus, are we taking into account JUST jump scares, or the whole thing?

The reason for that question is that jump scares are of course going to get one’s heart rate to rise, and the fact that it’s a horror movie is going to mean that one’s heart rate might already be accelerated from anticipation, not necessarily fear. It’s kind of easy to laugh at this and wonder if those running this test were being serious or were trying to fool people by selecting certain movies. Seriously, the first version of The Thing should have been able to create a higher heart rate than Sinister, since the pacing in the movie is such that people have several moments in which they can take a breath and gather themselves before the next scare arrives. In movies such as The Thing, the reason for an accelerated heartbeat comes from more than the appearance of the creature, it also comes from the continued idea that the group of scientists is isolated in the middle of nowhere and that their only backup, or at least their closest backup, is a base that has already been revealed to be trashed. For that reason alone, The Thing is probably a lot scarier than Sinister, even with the more practical effects and minus the CGI.

To be serious, The Haunting of Jane Doe with Brian Cox and Emile Hirsch is actually scarier than Sinister since it feels so cloistered, so bunched in upon itself, while Sinister actually gives its characters room to roam. Any horror movie that features isolation in any form, or a claustrophobic space, is bound to be scarier by far than many movies that have open spaces since this plays to a lot of people’s fear of being in an enclosed space or in the middle of nowhere with no help when things start to happen. I can’t take anything away from Sinister other than the fact that it’s NOT the scariest movie of all time since the people that have made this claim simply failed to offer up any solid proof other than their meager test. It’s nothing to get too upset about since it’s kind of funny really since the image of a toddler running around saying “I’m the best!” comes to mind when thinking of this claim. That’s the kind of moment when the adults just smile and nod and say “Okay, yep, you are” without bothering to quell the toddler’s enjoyment at having done something that their peers think is great. Maybe it’s a part of getting older, or maybe it’s a part of simply having watched enough nail-biting, eye-popping horror movies to know that Sinister is an engaging movie, but to think that it’s the scariest of all time is kind of amusing since it can’t hold a candle to some of the scariest movies of all time. At this point, the test results are more than a little invalid and it’s better to just raise a glass and toast the movie for being recognized.

Just to be fair, horror movies are meant to be scary and Sinister did make its own mark, as it did frighten enough people to be noticed and to even get a sequel. But when it comes to the title of ‘scariest of all time’, this movie really has a long way to go since there are a lot of contenders and a handful of masters that it can’t contend with as well.