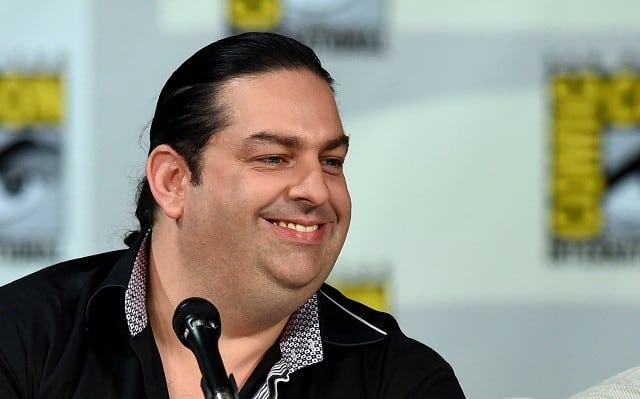 â€œMy name is Walter Oâ€™Brien. I have the fourth highest IQ ever recorded: 197. â€ These words might seem made-up to some, but itâ€™s actually true. I had the honor of interviewing the man that inspired CBS’ popular, technological dramaÂ Scorpion:Â Walter Oâ€™Brien,Â founder and CEO of Scorpion Computer Services.

I asked O’BrienÂ various questions about ScorpionÂ and his role as an executive producer. I got some interesting answers like all of the characters, Sylvester, Toby, Happy, and Paige, with the exception of Agent Cabe Gallo (portrayed by Robert Patrick) are based on people that Walter knows and works with. For instance, the character of Sylvester Dodd is based on Walterâ€™s best friend from college and Ari Stidham, the man who brings the human calculator to life, looks like, acts like, and sounds like the person on which the character is based.

O’Brien makes sure that each actor that was cast to play each of the characters on the show meets this criteria. As for his role as executive producer, O’Brien was a part of the team from the very beginning. He meets with the ScorpionÂ writers regularly to see what can be done to improve the show’sÂ storylines and answer any questions that they may have with regards to solving the problems that appear in the show.

When asked how much of the show, percentage-wise, is based on his life, O’Brien said that itâ€™s about “70 percent.” He even mentioned that they even have people like Paige Dineen (Katharine McPheeâ€™s character on the show) working at Scorpion Computer Services to help the group of geniuses, and the clients that hire them, to ensure that everything goes according to plan. O’Brien even has a â€œtry before you buyâ€ concept, where potential clients will work with the company on a trial basis, and if the clients end up liking their work (which they do), they will stick with Scorpion for about three years or more.

I then asked Walter why he picked the name Scorpion as his hacker handle. He told me that Ireland is a pretty agricultural-based culture, and thereâ€™s a habit there where all the children in school were nicknamed after animals of the same trait, like weasel, snake, elephant, and so on. Walter then said that he didnâ€™t have a nickname for a while and was bullied a lot for being different.

Walter went on to say that he would protect his geeky friends from the bullies and would take the beatings both for himself and his friends. He was passive in school for about 18 months, until one day, he was pushed too far by the bully and fought back. The bully, not realizing that Walter had done full contact martial arts since he was seven years old, got the butt-kicking of his life as Walter unleashed his inner Chuck Norris. After Walter taught the bully a lesson, the other students began calling him “Scorpion,” as scorpions are very docile creatures unless they are pushed too far to the point where they have to attack. Walter is also loyal to his friends, just like scorpions are loyal to their cyclones, the term for a group of scorpions.

When Walter logged into the Advanced Research Projects Agency Network (ARPANET for short) for the first time, he needed a user name as his hacker handle, so he used his school nickname. Later, when he got some press around the name, he decided to call the company Scorpion so that people would know who he is and that the company itself is like the Ghostbusters of the technological world. Itâ€™s like CSI: Cyber gone rogue.

There are some differences between the Walter Oâ€™Brien thatâ€™s presented on the show and the Walter Oâ€™Brien in real life. For example, the Walter on the show only states facts and has no emotion (aside from explosive rage and arrogance). Real-life Walter doesnâ€™t chase people with guns and crash expensive cars like a Ferrari, and he had to learn EQ (Emotional Quotient) to better himself when he interacts with others, whether itâ€™s business or life-related. So in a way, the whole arc of the show, awesome action and super genius work aside, is that the Walter from the show will grow into where real-life Walter is now. Heâ€™ll make mistakes along the way, sure, but eventually, he will be as suave as James Bond.

As the interview started to come to an end, I asked Walter about the nickname that Toby and Agent Gallo would call TV Walter: “197” (or at times, “Mr. 197”). He explained that Robert Patrick was the one who started it when he (the real Walter) arrived onto set. Robert would yell â€œ197â€ into the camera; I can only imagine how hard everyone on set must have laughed.

Additionally, O’BrienÂ offered to advise me on any technical matters should I write articles that relate to this particular subject matter. Itâ€™s nice to know that I have a real-world version of Q from James Bond there to help if I need it.