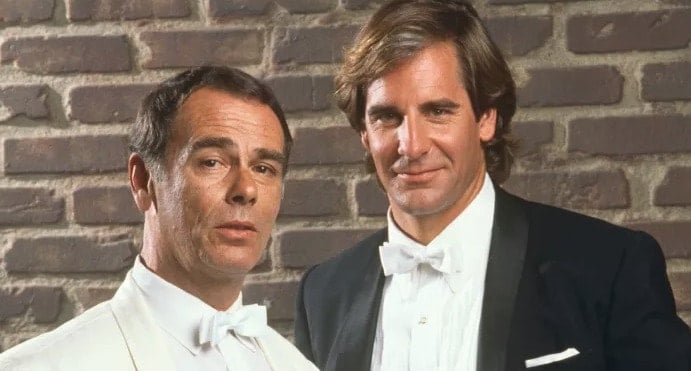 Not to be too insensitive, but thoughts of a Quantum Leap reboot could be a great thing for Scott Bakula since his time in NCIS: New Orleans is going to be over and done here with soon since the show is coming to a halt, meaning it’s been canceled. But it does sound as though he’s been thinking about this for a while and a return to the show that really did a great deal for his reputation could be something that might be worthwhile and could possibly keep something that he helped to make popular stick out in a big way again. There are a lot of possibilities for this show since it’s been talked about a few times in the recent past and it’s easy to think that with all the time-jumping that someone could come up with a few more relevant timelines that might actually the attention of the viewers and keep it for a while. The show never did reach a conclusion that a lot of people might have wanted to see, but it’s likely that this was a good thing since it’s left a perfect opening that could work out in a very big way. Bakula actually had this to say about the whole thing via TVWeb:

“Oh, my goodness. What would be most important…? That show is very special to me, obviously, so I would wish whoever did it luck. I mean, the idea of walking in another man or woman’s shoes is so relevant and so important right now. We’ve become so divided in our world that the ability to cross that line of politics and just deal with the humanity and the individual person who’s sharing a moment on the planet with you is really relevant.”

It’s definitely important to note that Bakula would love to see the reboot stay faithful to the original, much as many fans would probably agree since changing it up too much feels as though it might ruin the whole experience. There have been plenty of thoughts on how this could happen, and what might be done or introduced as a viable idea to keep the show running the way it was. Too many shows and movies these days are trying to re-invent the wheel so to speak and it would be great to see at least one or two actually stick to the story that gave rise to it, as Bakula went on to say:

“There was also a quaintness about the show, because it had this period feel because Sam traveled anywhere within his own lifetime. That made it feel a little old-fashioned, but I would hope that they get the truth of it and the sentiments of it right, and not try and make it slick. Sam was this naïve kid who just happened to be a brilliant scientist who stumbled on something and all of a sudden was thrown into all of these different lives and worlds and people and situations that he never could’ve imagined growing up in. I would just hope that they would try and keep that, but you know, I don’t know what they’ll do.”

That’s about the only downside of bringing this show back really, thinking that those in charge might do something that might ruin the idea that the show can be brought back without changing that much. It kind of depends on the vision of the person taking the director’s seat, since what they want to do might run contrary to what anyone else might want. A wise director would hopefully consider the desires of those that have enjoyed the show for so long, and could possibly work in enough material from the original show to pay homage simply because it would be respectful. The whole idea of not wanting to tell the same story is understandable, but at the same time there are some stories that need to be picked up where they left off, or at the very least need to be given another angle that can allow the reboot to connect to the original at some point. Seeing Bakula in a cameo or as a guest star at some point would be nice, and bringing Dean Stockwell to the party as well would be expected since both he and Bakula were the reason why this show was so loved. Updating the show would be necessary obviously, as would thinking about which time periods a character might be visiting and whether they’d be just as out of control as Bakula’s character was when it came to traveling.

It sounds like a good idea and it could be something that might be a fitting addition to this story, so hopefully if someone does get hold of the idea they can run with it in a manner that will bring it back to life.