Home
Movies
Why Was Sean Young’s Role So Minimal in Blade Runner 2049? 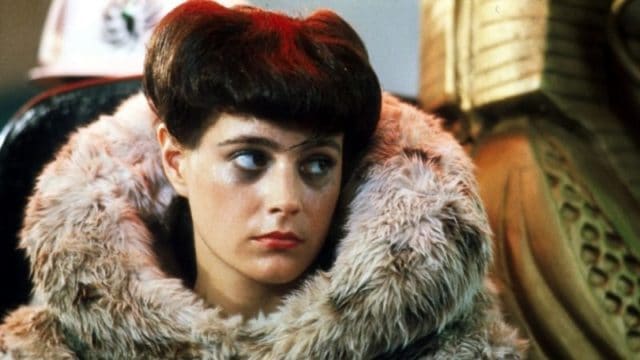 Sean Young is an American actress who has appeared in a number of well-known movies such as Dune, Wall Street, and Ace Ventura: Pet Detective. However, her single most famous role was the replicant named Rachael in Blade Runner, who managed to shake some of the titular character’s most fundamental beliefs. With that said, Young’s minimal involvement in Blade Runner 2049 has been noted, which stands out all the more because Harrison Ford returned to reprise his role as the ex-blade runner Rick Deckard.

What Was Sean Young’s Role in Blade Runner 2049?

Since Blade Runner 2049 has not been released for long, there is still a dearth of information about the exact nature of Young’s involvement in the movie in spite of the fact that her character had an important role in the narrative. For those who have not watched the movie, Rachael died in childbirth in between the movies, which was important to the narrative of Blade Runner 2049 because replicants are not supposed to be capable of becoming pregnant. As a result, the replicant resistance sees it as a symbol of hope because it erases even more of the boundaries between them and natural-born humans, while the main villain Niander Wallace sees it as a chance to increase his production of replicants for the purpose of being used as slave labor.

However, Rachael makes one more appearance in Blade Runner 2049 in the form of a prize that Wallace uses to tempt Deckard when Deckard is captured. In short, Wallace brings in a recreation of Rachael who he promises to present to Deckard in exchange for Deckard telling him what he wants to know, which was a scene made possible through extensive use of CGI on top of a stand-in. There are stories that Young coached the stand-in on her character’s mannerisms, but considering that Ford is an actual character in Blade Runner 2049, the contrast in the extent of their respective involvement is nonetheless striking.

Why Was Sean Young’s Role So Minimal in Blade Runner 2049?

Simply put, death in childbirth sees a lot of use in eliminating female characters from a narrative, particularly when connected with the trope of the chosen savior. For proof, look no further than the protagonists of sci-fi and fantasy franchises, with examples ranging from Luke Skywalker and Leia Organa in Star Wars to Jon Snow and Daenerys Targaryen in A Song of Ice and Fire. Considering how important Rachael being able to become pregnant was in Blade Runner 2049‘s narrative, it would have been a simple matter to change her status to being alive and active, which would have enabled Young to have a real role in the movie as well.

With that said, it is not difficult to see why Young never made it into Blade Runner 2049 in a real manner. First, actresses tend to get fewer and fewer roles of importance once they are out of their 20s, whereas their male counterparts are much more fortunate in this regard, as shown by the numerous action movie heroes who have been reprising their roles in recent movies in spite of their advancing ages. Second, Young has not had the best relationship with Hollywood as a whole. Granted, her personal problems do seem to have been real, but at the same time, her mistreatment by Hollywood as well as the entertainment industries centered around Hollywood do seem to have been real as well. In fact, there is reason to believe that even Young’s minimal involvement with Blade Runner 2049 was included at a later point in time because as late as March of 2015, a Guardian article stated that she had not been approached about the follow-up, which speaks volumes about how she has been treated.