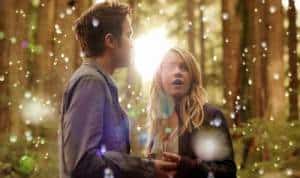 The Secret Circle finally conjured its spell on audiences tonight, which means I can finally discuss what transpired and what could possibly be in store for the coven in the near future

First and foremost, if you want a straight up review, you can click here. If you want a complete analysis of how the show differs from the novels created by The Vampire Diaries author L.J. Smith, then read Clarissa’s article here. If you are here to discuss the numerous mysteries that were laid out for us to feast on, then you are in the right place.

After watching the pilot in May, I was immediately hooked on this new CW drama and couldn’t wait to book a return trip to Chance Harbor. The pilot introduced the audience to the overall mythology and mysterious backstory, while balancing out the central character conflicts which drive the show forward for the rest of the season. Together, both threads meshed well enough to establish TSC’s identity and rightful spot behind The Vampire Diaries as a worthy lead out show.

It’s not long before Cassie starts to notice weird things happening in town and the fact that a group of five teenagers seem to be connected to the weirdness. The teens (Nick, Adam, Diana, Faye, and Melissa) all seemed to have been expecting Cassie’s arrival and look as if their up to something. It’s not long before we find out that not only are these specific teens part of a coven of witches, but that Cassie is the final member who will make their circle complete as well. Each member comes from the bloodline of a group of familial witches in town, which also included Cassie’s deceased mother and grandmother before her. The group consists of six members and until Cassie arrived to town, the spells the Circle has cast have all been miniscule and “lame.”

After being convinced by Adam that she is a powerful witch, Cassie called off some serious power that Faye conjured on the docks, proving just how powerful she truly is. However, she declared to not want anything to do with the Circle or witchcraft. Later that night before going to bed, Cassie discovers her mother’s book of shadows which contained a letter addressed to Cassie and written by her mother. The letter warned Cassie of people coming after her.

In the midst of all that action, Cassie and Adam share an intense attraction to each other, but before any 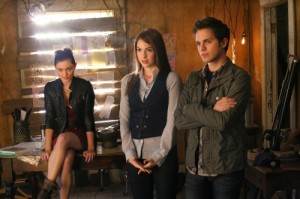 chemical reaction exploded between the two of them, the teens managed to avert a disaster by agreeing to never speak of their almost kiss again. But we know that’s not going to be the case.

Meanwhile, the teens’ parents are acting just as weird as their children, and equally as mysterious. Jane reiterates to Dawn Chamberlain (Faye’s mother) about how imperative it is for the kids to not practice magic. Dawn promised Jane that if their kids were practicing magic, she would know and would put an end to it. Adam’s father, who might be considered the town’s drunk, seemingly had a past with Cassie’s mother and mentions how fate and Cassie’s father came in the way of what could have been. And the mysterious man who brutally killed Cassie’s mother? He’s Charles Meade and just so happened to be Diana’s father. Dun, Dun, Dun!!! Adding to that shocker, Dawn actually knew that the kids were forming a new Circle and is in cahoots with Charles to carry out whatever plan they have for dear old Cassie.

With all of that serving as a backbone of sorts for the central mythology and plot of The Secret Circle, let’s discuss the questions the pilot rose during the hour.

The picture on Cassie’s (well her mother’s) fireplace of the original Circle members might (and should) make a reappearance in future episodes. It might hold a clue as to what tragic event happened for that particular Circle to be broken and banned from practicing their craft. What could Dawn and Charles possibly want with Cassie and will their plans interfere with the current Circle’s way of doing things? Does the current Circle (namely Faye) have a clue as to what their parents are planning?

Also, Charles Meade is simply creepy as hell and is demented on all aspects of the word. That is all.

While we got to see some of the Circle perform some magic spells or two, wonder what each teen will bring to the table? Will they each have a specific power that they can utilize and claim as their own? Or will they have an amalgamation of magic tricks up their sleeves?

Who (Else) is Coming For Cassie? 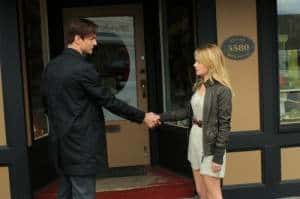 We know that Charles and Dawn are in on using Cassie for some ultimate “endgame” plan they have, but they can’t be the only ones who have a stake in what Cassie can do for them magically. Are Charles and Dawn free agents or do they work for some other evil that hasn’t been given a face just yet?

Now that the premiere has aired, I’m seriously eager to see where this bewitching tale will take us and just how powerful these six teens are. Can’t wait to seem them all in action and according to next week’s episode, things might get a bit out of hand…

What did you guys think about The Secret Circle?