The third season of ABC’s Secret Millionaire premieres this Sunday with world famous artist Scott Jacobs and his Daughter Alexa leaving the comforts of their wealth behind for the urban decay of Newark, NJ. We were gifted an exclusive sneak peek from the Secret Millionaire premiere that captures the onset of culture shock as Scott and the pampered Alexa arrive in a very different, very desperate world from what they are accustomed to. Watch the clip and tune in Sunday, June 3rd at 10PM EST for Secret Millionaire on ABC. 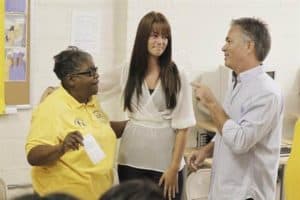 This week, millionaire and world-renowned artist Scott Jacobs and his sheltered 18-year-old daughter, Alexa, leave behind their family and lavish lifestyle in San Diego to spend six days in Newark, New Jersey — an American city in need — to search for those most in need of financial help. While there, father and daughter will attempt to survive on less than $75 during their week-long visit, while volunteering their time to worthy charitable organizations and searching their hearts to determine how much of their own fortune to gift the community heroes they meet. ‘Secret Millionaire’airs SATURDAY, JUNE 9 (10:00-11:00 p.m., ET) on the ABC Television Network. (Rebroadcast. OAD: 6/3/12)

Scott Jacobs came from humble beginnings and learned early on that success is undeniably linked to hard work and perseverance. In high school his creative side was jumpstarted when he was persuaded to become the artist for the school newspaper, an area in which he showed great talent that would re-emerge later in life. Scott understood that to follow his dreams he had to control his own destiny, so at the age of 19 he became one of the youngest ever owners of an art gallery. This sweat equity would translate into a successful business and enable him to take major leaps in a career that continues to the present day.

Later in life, when Scott’s wife, Sharon, gave him a paint set as a gift, the creative juices began to flow again and, as in high school, he began to draw and paint some of the things that interested him, like motorcycles and cars. At an art show in New York, he came a step closer to becoming a recognized artist with a couple of Harley-Davidson paintings that garnered a lot of public attention, as well as the attention of Harley-Davidson, which in 1993 made him their first-ever officially licensed artist. As interest in his Photo-Realist paintings grew, Scott expanded his repertoire to include wine and spirits still-lifes, classic cars and lifestyle imagery. His art now hangs in museums, galleries and private collections in more than 60 countries. 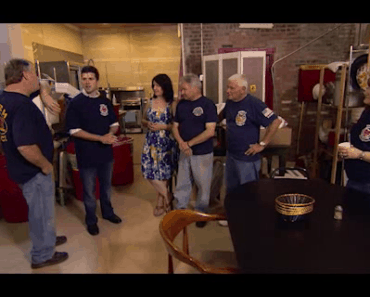