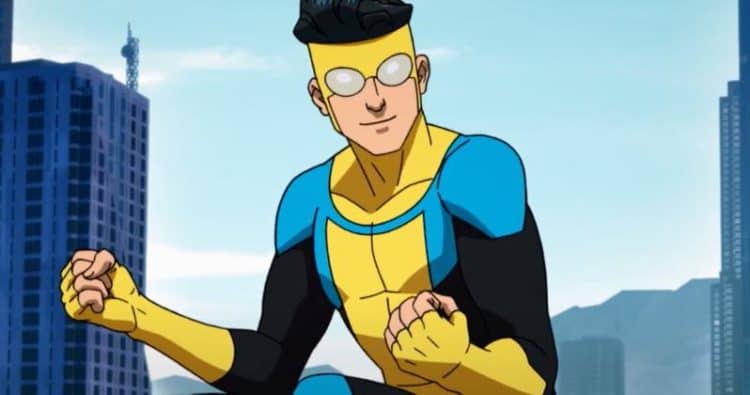 It would appear that there’s always bound to be another hero that is set to be the strongest and most durable individual in their world, or in any other, and Invincible looks poised to deliver yet another hero that’s incredibly durable and insanely strong. Invincible is going to be an adult animation series at the very least, so it could mean that the limits will be pushed and even broken as compared to what might otherwise happen in a show that’s programmed for kids. In this manner, people might actually see someone who has a problem with his temper tear people apart with their bare hands, which could be interesting since we don’t always get to see this apart from the comics. It might sound a bit morbid, but the fact is that this character has in fact obliterated those that are weaker than him, usually for a good cause, but sometimes because one of his weaknesses, a short temper, has managed to get the better of him. That’s right, one of his weaknesses is a short temper, while the other is damage to his ears, if anyone could possibly find a way to get past the rest of the natural defenses he has. It’s fair to say that an attack targeting his hearing would mess Invincible up pretty good, and if anyone has ever tried to function with ruptured eardrums (hand raised) then you’ll know that it’s a pain that routinely scrambles every thought that tries to form, let alone process.

But apart from this, Invincible is essentially another hero that was given every advantage and then somehow balanced out in the minds of the fans by being someone that needs to learn how to utilize his powers in the best way possible. Being a hybrid of human and alien is why he has the level of power he does, and it’s the type of power that makes him so incredibly strong and durable that a villain essentially has to be just as strong or stronger, or perhaps smarter, which is still possible despite the list of powers and abilities he possesses. One has to wonder why people are still so enamored of OP heroes, especially since The Boys stands as a great example of what might happen if someone that doesn’t know how to humble themselves is given the type of powers that can elevate them above those around them. To date, Invincible has been seen to be more hero than villain, but at the same time, it’s very easy to get tired of the insanely powered individuals that continue to pop up everywhere and simply want a hero that has limitations, that has to figure out how to deal with the world the way it is instead of beating it into submission and moving through it in a way that very few others possibly can. In other words, Invincible feels a bit generic since it’s pouring the same powers into a different suit over and over again that becomes a little tiresome. A lot of folks obviously enjoy this hero and more power to them, but from the standpoint of having seen so many heroes roll through the halls of pop culture, it’s important to have a wide variety of heroes that range from no powers and limited funds to work with to the most powerful and affluent of the bunch.

Invincible is one in a long line of heroes that have been seen to attract the kind of attention that people are more than willing to give to heroes that wear costumes, are strong, intelligent, and have powers that elevate them above their fellow humans. The chances are pretty good that his show will do just fine, and it’s likely that it will continue since people love watching superheroes so long as the stories are convincing, dynamic, and able to hold their attention.  He definitely has a costume that will stand out, and his story is one that has been told in a few different ways but is unique enough that people have taken to it and will no doubt defend it as original and intriguing. Maybe it’s age talking, maybe it’s the fact that some of us have seen heroes paraded in front of us for years, but the fact is that Invincible feels like an idea that has been pushed more than once in a number of different outfits and in a few ways that have been recycled over and over until people think that it’s entirely original and isn’t a facsimile of anything that’s come before. That sounds incredibly cynical, but it’s about as accurate as it gets, so hopefully the fact that this is adult animation will help in a big way since the alternative is that we’re getting a Superman that still had his father around and has a very short temper.