Home
TV News
Seinfeld is Coming to Netflix in 2021 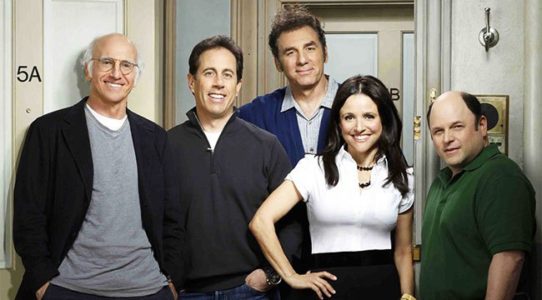 There are some shows that people were sad to lose and others that they didn’t mind so much since they didn’t form as strong a bond with them. Seinfeld was definitely one of the former since people were actually kind of flabbergasted when the show ended in 1998 with a rather divisive ending as Chris Agar of Screenrant has stated. It was an odd way to end such a popular show really, especially one that had lasted close to a decade and had become such a fan favorite for so many seasons. Each one of the characters had their own fan base, a couple of them more than others no doubt since their antics and their behaviors were enough to get them noticed in a big way by a lot of people that happened to think they were great, and even by those that thought the overt neurotic and sometimes controversial behavior was kind of over the top. Of course if you’re going to criticize Seinfeld for such content then you’d have to pick on a lot of different shows that have done this and worse. The only thing that seems to set this show apart from so many others is that people are more willing to look past some of the foibles of the cast at times as they do have some redeemable qualities, kind of. Starting in 2021 though we’ll get to see them all on display again as the show makes its way to Netflix where people can stream each and every episode as much as they want.

It’s a funny thing about this show, some people loved it and others couldn’t stand it. For those such as myself that could stomach it when nothing else was on it wasn’t too bad, but it was very easy to notice that the characters were usually pretty two-dimensional in a way since a lot of them were neurotic to the core it seemed and entirely selfish and narcissistic in a way that seems to scream “New Yorker”. That’s not fair I know since not every New York citizen is exemplified by this cast, but at the same time it’s one of the many shows that’s depicted a select group of New York citizens in a way that makes the viewer either insanely excited or absolutely against ever setting foot in the city. The exaggerated feel of the show, as Ben Yakas of Gothamist could attest to, softened the blow just a bit since taking it as it was, a funny and engaging show, made it far easier to think that making a trip to New York just to see for yourself what the city was like became a little more appealing. After all, every place in this country is bound to seem strange to those that don’t have the upbringing that has immunized them to the regular and ongoing society that they’ve been raised in. Those that are born and raised in New York might think that those living on the Pacific coast are nuts for all we know since our ways are different enough that trying to say we’re all like this or that is an easy generalization to make.

To be honest there’s a George, Kramer, Elaine, and even Jerry type in every location you’ve ever been too. It might be that you just don’t notice it since you’re either too close to the source or you haven’t bothered really stepping back to take stock of what your surroundings are like. But these stereotypes do exist in just about every location on earth if you really take a look since the constant worrying, the out of control eccentric, the bossy and somewhat controlling personality, and the clueless but socially-involved attitudes are constants that have been developed throughout the years both before and during the rise of pop culture. In this manner Seinfeld didn’t so much show us anything new, but he did present things in a different way, as Joe Sommerlad of the Independent might agree with, that made it seem brand new and exciting. When you really think about it TV shows have, since the advent of the TV, placed a large mirror up to the face of society to make us take a good look out ourselves and figure out just we’ve been saying, doing, and getting on about for years and years. It’s a fun theory really since it seems to indicate that we are the way we are because of our own doing, and the shows we’ve enjoyed for so long are simply parroting our attitudes and beliefs back to us in ways that some people recognize but others are somehow oblivious to.

If you’re one of those that’s going to binge-watch Seinfeld when it comes to Netflix take the time to sit and notice the parallels between the show and real life. In fact, you should be able to do this with a lot of hit shows even today.