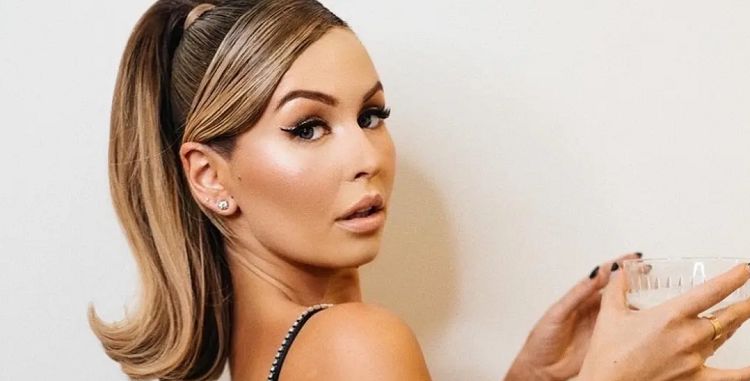 Being popular comes with lots of benefits, but one of the biggest downsides is that people you’ve never even met tend to get really invested in your personal life. This is something that TikToker Serena Kerrigan knows from first-hand experience. Recently, she experienced that downside when she revealed that she got her boyfriend cheating with the help of technology. Going through any kind of relationship problem isn’t easy, but it’s especially difficult when millions of people are watching. So far, Serena seems to be taking the incident in stride, and some have even questioned if it was just a publicity stunt. On top of that, Serena has just become one of the newest cast members on MTV’s Siesta Key. Continue reading to learn 10 things you didn’t know about Serena Kerrigan.

1. She Is A New York City Native

Serena was born and raised in New York City, and like most people from the area, she’s very proud to be a New Yorker. She went to high school at Ethical Culture Fieldston School in Manhattan and graduated in 2012. From what we can tell, she still lives in the New York area.

2. She Is An Entrepreneur

Serena is definitely the kind of person who is all about her business. After leaving her job as a producer at Refinery 29, she decided that she wanted to focus on being her own boss. She is the founder of a dating show on Instagram live called Let’s Fucking Date with SFK.

No matter what Serena does, she’s going to make sure that she looks good while doing it. She loves beauty and fashion and she has a stunning sense of style. From formal events to kickbacks with friends, Serena knows how to put together a look for any occasion.

Serena is a very proud member of the Latina community. She told Refinery 29, “I was born and raised in Manhattan to an Argentinian mother (who didn’t become a citizen until I was in high school) and an American father. My first language is Spanish thanks to my mami, who convinced me that Spanish would be our “secret” language (despite the fact that over 37 million people in the U.S. also speak it), and always taught me to feel proud about my roots. And summers in Buenos Aires with my tia ensured that I can cook riquisimas empanadas better than the best of them.”

5. She Studied At Duke

Education is something that has always been important to Serena. Even before she started her career, she was laying a strong foundation for a successful future. Serena attended Duke University where she earned bachelor’s degrees in English and visual media studies. In 2014, she also studied abroad at the University of Sydney.

6. She Has Done Some Voice Acting

At this point in her career, Serena is best known for her popularity on social media and her recent addition to Siesta Key, but those aren’t the only things she’s done in the entertainment industry. From 2007 to 2009, she voiced several characters in the animated series Go, Diego! Go!

7. She Has Almost 8 Million Likes On TikTok

The last couple of years have been huge for the social media platform TikTok. Younger users have taken an especially strong liking to TikTok, and it’s created an opportunity for people to big large followings. Serena is among those who have found lots of success. On top of having 293,000 followers on TikTok, her videos have received a total of 7.9 million likes.

8. She Is A Confidence Coach

Everyone has probably heard the phrase “confidence is key” at least once in their lives, and those are words that Serena truly lives by. She is a very confident person and she loves to help other people find their confidence through her confidence coaching services. She offers virtual one-on-one sessions so that she can help people all over the world.

9. She Is A Director And Producer

Serena spends a lot of time in front of the camera, but most people don’t know that she’s also completely capable behind it. In 2009, she wrote, directed, and produced a short film called Freshman. It’s unclear if she plans to do any more behind-the-scenes work in the future.

Living life to the fullest is something that Serena is completely dedicated to. She’s always down to try something new and create a memorable experience. Traveling is one of her favorite ways to do that. She has gotten to visit lots of beautiful places over the years including Hawaii, Grenadines, and Greece.

Some of The Best of Chris Pratt Moments of All-Time

Some of The Best Sophia Di Martino Moments of All-Time