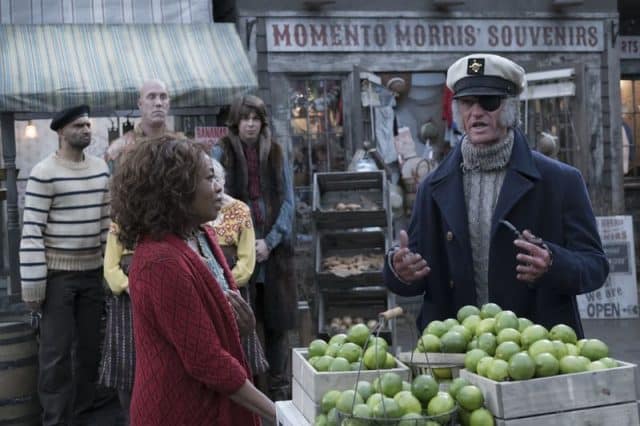 The first two books inÂ A Series of Unfortunate Events were adapted in a spectacular way on Netflix’s newest series, and that trend hopes to continue throughout the show’s first season. While the first two stories are pretty dark, the third book in the series is definitely one of the more depressing early entries. Let’s take a look at how the series handled this story in “The Wide Window” Parts One & Two.

Freshly escaped once again from Count Olaf, the Baudelaire children find themselves placed in the care of their widowed Aunt Josephine Anwhistle, played by Alfre Woodard. Josephine is a very kind woman, but, after the death of her husband, she has developed numerous fears and concerns (some rational, most irrational). Josephine also has a love for grammar, and this is a love that she tries to impart on anyone that crosses her path, including the Baudelaires. Unfortunately, Count Olaf is never far behind, and the villain soon shows up once again, this time disguised as a sailor named Captain Sham.

Anyone that has seenÂ Marvel’s Luke Cage knows that Alfre Woodard Â can command a powerful and memorable performance, and her turn as the “fierce” and “formidable” (though some might prefer “crazy”) Aunt Josephine is just as memorable. Woodard perfectly captures the essence of this very smart but very, very tortured woman, and she manages to make the character much more likable than she was in the source material.

Once again, the overall story ofÂ A Series of Unfortunate Events is expanded and fleshed out considerably from the books (especially noticeable during Olaf’s scene in which he finds out who is currently the children’s guardian), and I continue to be impressed at the way that she series is actually being adapted. It’s looking as if the series is going to answer questions that the books never did about the story and background, and that’s something incredibly exciting for fans of the franchise. 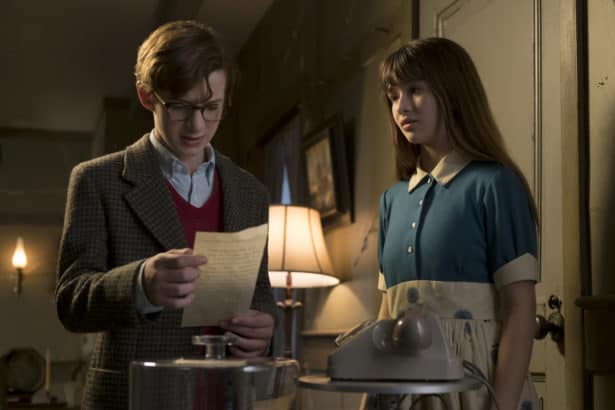 Neil Patrick Harris continues his great turn as Olaf in “The Wide Window,” and the Captain Sham disguise fits wonderfully in Olaf’s repertoire. I’m really enjoying how open Olaf is being with the children when he’s in disguise, and it’s a nice change that he seems to have theÂ slightest more respect for then orphans than the character does in the books. Olaf in the Netflix series seems to understand that the Baudelaires are more competent than he anticipated, and it’s a mindset that seems to be evolving over the course of the series (so far). Even villains need to have some level of character growth, and the Netflix adaptation of the series is giving us a bit more than the books did.

I haven’t talked much about the performances of the children onÂ A Series of Unfortunate Events, but both Malina Weissman and Louis Hynes are giving the exact performances that they need to. Their line delivery is spot-on, and the witty and fantastical language of the characters flows perfectly. Both Weissman and Hynes are absolutely believable in these roles, and that should prove to be helpful as the story takes more of a mysterious turn moving forward.

One nice thing about “The Wide Window” is that we get a lot of great set design elements. Whereas “The Reptile Room” featured more of a light-ish tone (that was reflected in the sets), “The Wide Window” is has a much darker aesthetic to fit the tone of the tale. I’m once again reminded of a veryÂ Pushing Daisies-meets-Beetlejuice presentation, and it’s something that works perfectly in this world.

Overall, “The Wide Window” is still a spectacularly faithful adaptation of the source material, but I’ll admit that it isn’t quite as engaging as the previous two adaptations. That’s more due to the story ofÂ The Wide Window than it is the performances or presentation (both of which are as good as ever), but I still wouldn’t at all consider it a stumble for this fantastic series.

What did you think of Netflix’s adaptation of “The Wide Window?” Are you lovingÂ A Series of Unfortunate Events as much as I am? Let us know your thoughts in the comments down below!

While slightly less engaging than what came before, “The Wide Window” is still a faithful adaptation that continues to flesh out this world.