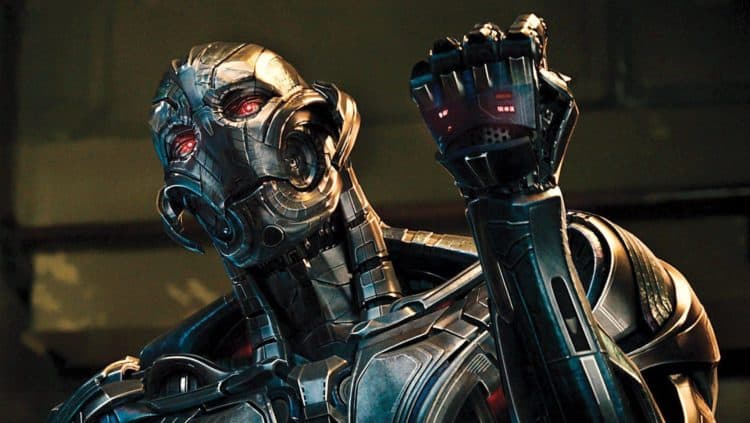 One of the biggest criticisms the Marvel Cinematic Universe has faced over the years is its villain problem. Yes, even after villains like Thanos and Killmonger, it unfortunately still has one. Now I’ll just say, Thanos and Killmonger are incredible villains and earn their titles as the best MCU villains. And sure, there is also Loki, but by now, he’s more of an anti-hero. You ask me, Thanos is without a doubt, the best villain the MCU has, rightfully so. However, he’s still just one villain out of the twenty-three films they have under their belt. The MCU is still young and there are plenty of villains to utilize, but they have a chance to do something they haven’t done before. What I have in mind is something quite ambitious and it includes showing multiple villains. I want to see the Masters of Evil in the MCU.

Okay, as a lifelong fan of Marvel, I actually always had one issue with the Masters of Evil. It’s really just a simple one and it’s the name. It’s corny and too on the nose in my opinion. Heck, the Legion of Doom is a much cooler supervillain team name. There, I said it. Despite my criticism of the name, I do think the team itself should face the Avengers in the MCU. The only thing is, they shouldn’t call themselves the Masters of Evil. Call them something else or don’t call them anything at all. I just want to see a group of major Marvel villains take on the Avengers. That’s something we haven’t seen before in the MCU and it’s something that would be awesome to see.

If you like talking about the bad guys, buckle up.

One of the earliest villains of the MCU is Emil Blonsky, aka The Abomination. He first appeared battling Edward Norton’s Hulk and was a no-show ever since. He’s been mentioned before in Agents of SHIELD, being locked away in some isolated SHIELD facility and no details beyond that. We’re to assume that he’s still a prisoner, but I think it’s about time that he escaped. Every superhero and supervillain team needs a team muscle and The Abomination is the perfect candidate. We probably can’t expect him to fight the Hulk again, since Bruce Banner is in full control, but who knows? A nasty beating from The Abomination could pressure the real Hulk to resurface. Even if he doesn’t, The Abomination would be a handful for the other Avengers. Above all else, it would be awesome just to see him again. If Thunderbolt Ross can return, so can he.

Now I know that Carl Creel, aka The Absorbing Man has technically appeared in the MCU. He was a villain in the Agents of SHIELD series, but last I checked, Kevin Feige doesn’t really watch that show. That’s probably why the movies don’t really try to acknowledge the continuity of the show. Heck, Coulson is alive and literally NO ONE in the movies apparently knows about it. I’ll admit, I watched a few episodes of AoS and just gave up. Not that I hated it, but it just didn’t grab me.

If Feige really has no intention of acknowledging AoS, then he should create his own version of the Absorbing Man. His powers reflect the name of the guy, because he can literally become what he touches. He touches metal, his body turns into metal. He falls into a pool, he becomes living water. Basically, he’s a villains that can’t be defeated with physical force. That makes him very dangerous and would give him a significant advantage over the Avengers. Just imagine if he touched Thor’s hammer. If The Absorbing Man joins the Marvel movies, it would be one AoS villain that actually got good treatment.

David Cannon, aka Whirlwind is one of the Marvel villains who was always a lackey. I’m okay with him being the loose cannon for the MCU’s Masters of Evil, only for his motivations. In the comics, he’s an enemy of Ant-Man and the Wasp. He has a rather dangerous obsession with the Janet Van Dyne and this led to some violent interactions. Now that Ant-Man and the Wasp are official members of the Avengers, having Whirlwind to combat them would be fitting. Plus, in the comics, he is also a mutant. If he’s involved, that could be the beginning of the MCU finally acknowledging the emergence of mutants. They got to do it sometime soon and adding Whirlwind would be a good way to do it with more subtlety.

One of the best things about Black Panther was Andy Serkis as Ulysses Klaue. He was a different kind of villain and with the phenomenal acting of Serkis, the villain was just a recipe for success. I was pretty upset when he was killed off, but we need to remember something here. The MCU is a universe based on a comic book universe. In the realm of comic books, it’s pretty rare that supervillains stay dead. In the comics, Klaue cheated death by turning himself into a being made up of sound, basically making him immortal.

This exact thing can happen in the comics. Whoever finds Klaue’s body can use vibranium to resurrect him and also give him quite the upgrade. He’ll have the arm cannon, but he can also manipulate sound to the fullest since his whole body will be vibranium. With these new powers, he’ll be a formidable opponent for all the Avengers. If it means seeing Andy Serkis again, I’ll take it.

Every superhero and supervillain team needs that badass female member. For the MCU’s Master of Evil, I think the best candidate is Enchantress. She’s a cunning manipulator, seductress, and a master sorceress. She can do the most damage to The Avengers without even fighting them. Now that Loki is more of an anti-hero, Enchantress can take over as the mystical goddess of mischief to deceive the Avengers. And now that Natalie Portman’s Jane Foster will become the new Thor, Enchantress will make the perfect foe for her to face. I’m kind of expecting her to appear in Thor: Love and Thunder. She’s an essential Thor villain and not including her would be a serious mistake.

Helmut Zemo proved that an almost-regular guy can be a serious threat to the Avengers. He tore the team apart by manipulating them to fight each other. And he did it with minimal help. This is the kind of supervillain genius that would be perfect to lead the MCU’s Masters of Evil. Zemo isn’t looking for redemption any time soon and now that he’s getting the purple mask from the comics, he’s on his way to becoming the Zemo we comic fans are familiar with. If the Masters of Evil form, they’ll need Zemo’s leadership. In the comics, he’s the team’s most prominent leader and at times, he actually came close to defeating the Avengers. If he can split the team by himself, just imagine what he could do with a team of supervillains?

Expecting someone else? Does anyone else think Ultron is really dead in the MCU? He’s a living artificial intelligence and a diabolical genius. I just don’t believe that there isn’t a tiny unit of him somewhere lurking in some computer just waiting for the right time to resurface. When he does, he’s perfectly capable of forming the Masters of Evil. His leadership will run entirely on fear and he’s powerful enough to keep the other villains in line.

Speaking of which, just imagine if he recruits Helmut Zemo, the man who’s life he ruined? Ultron doesn’t know that, but Zemo certainly does. He can use this to his advantage and secretly plot to have Ultron destroyed. Heck, why not manipulate him and the Avengers so they can all kill each other? For Zemo, that would be basically killing two birds with one stone. If Ultron joins the team, this could lead to some great conflict.

What are your thoughts, fans of the MCU? Would you rather have more past villains join the team or see villains we haven’t seen before? Either way, I just hope Feige plans on debuting the Masters of Evil soon.