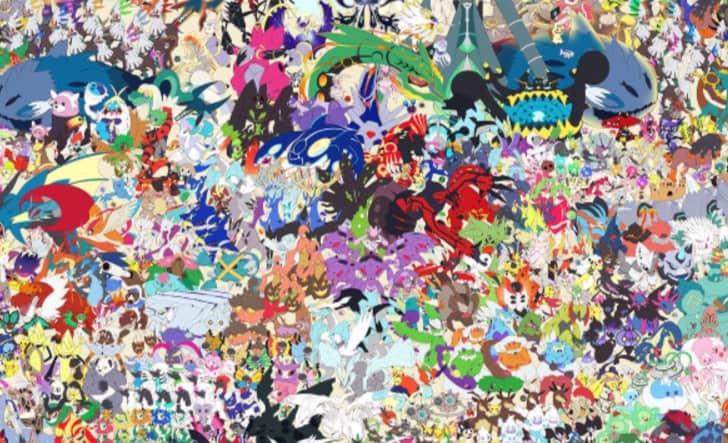 It is hard to believe that the Pokemon franchise is now more than twenty years old. Yes, that’s right, two whole decades. One of the main reasons why its age is so surprising is because it still feels so fresh. The recent release and unbelievable popularity of Pokemon Go have proved that the characters and story are more relevant than ever before.

Maybe it’s the indomitable spirit of the boy who won’t stop until he’s ‘caught them all.’ Or, perhaps it’s all to do with our love of cute pets. Catching pokemon is kind of like having an advanced Tamagotchi; only you get to have cool fights and it doesn’t matter if you forget to water your Bulbasaur. Whatever the appeal, it is clear that Pokemon is here to stay.

For fans of Ash and his army of oddly named critters, watching mainstream movies can be a real treat, because Pokemon pops up as a reference all the time. It is so deeply ingrained in our cultural conscience that everything from Sex and the City to Bad Santa, SpongeBob Squarepants, Austin Powers, and much more.

This fun article will take you on a journey through some of the major movies and shows that have referenced Pokemon throughout the years.

This reference to Pokemon in movies is just a cheeky little visual gag. During a high-speed car chase through Tokyo, Austin Powers, and his companions end up driving right inside a giant Godzilla statue. The people around start to panic because, they kinda have a history with the big, green beast. One shot shows a couple of guys dressed in full Pokemon suits running madly out of the path of the oncoming lizard. You’ll be glad to know they picked two classics; Charmander and, of course, Pikachu.

The Recent smash hit Paper Towns, which features supermodel Cara Delevingne, contains a really great reference to the Pokemon franchise. Quentin, Ben, and Radar actually sing the theme song while investigating a creepy abandoned gas station. They are looking for close friend Margo after she vanishes following a confrontation with a cheating ex. To give themselves courage, Quentin suggests that they sing and Ben volunteers the Pokemon theme. It is a pretty funny scene, especially when they all get caught up in the moment and can’t help singing the whole thing together.

Smosh is a bit of an oddball comedy. It is very Meta and packed with references to all kinds of pop culture trends and memes. The entire movie is a reference to the fact that comedy duo Smosh (Anthony and Ian) got in trouble for creating a lip sync video of the Pokemon theme tune. So, naturally, they then created a movie about ‘Magic Pocket Slave Monsters,’ which just so happens to be an awful lot like the P word. The movie was released to mixed reviews, but fans of Pokemon will probably love it. Give this one a miss if you’re sensitive about people using the franchise for laughs, though.

It isn’t just movies that Pokemon has inspired. There are countless references in popular TV shows as well. One of the most memorable has to be the Chinpokomon episode of South Park. It is a direct parody of the franchise, but also of international toy trends in general. Some of the jokes are pretty sharp, but the South Park guys have never gone soft on anybody yet. Check this episode out for a pretty funny take on both Ash Ketchum and James. Plus, if you like watching Kenny get killed, he’s got a great Chinpokemon related death in this one.

Robot Chicken is a very dark stop-motion cartoon series that is shown on Adult Swim. One of its skits is called Pikachu Secret and parodies some aspects of the show. For instance, there’s a scene where Pikachu is caught erotically grinding on another in the weirdest strip joint you’ll ever see. Ash and Misty also have a domestic fight and he wonders when she’s going to ‘shut the hell up and make dinner.’

Popular sitcom The Big Bang Theory is built on pop culture references and allusions to ‘nerdy’ franchises. So, it should come as no surprise to find that its writers have slipped more than a few nods to Pokemon into the show. One of the best is in an episode where Sheldon breaks up with a girl and is encouraged to get back on the horse and ask a new girl out on a date. It goes awfully, as you might expect. He approaches a table of ladies and says ‘In the words of Ash Ketchum, I choose you.’ Not much of a pickup line Sheldon. D- for effort.

This is another hit TV show which is very cultural and on trend with its references. The Stride of Pride has allusions to Pokemon running right through its running time. It all starts when Jack’s girlfriend talks about his philandering ways. She describes his attitude as being like Ash and wanting to ‘catch ‘em all.’ She also puts him straight on the right way to say Pokemon. Jack repeatedly refers to ‘Pokemons’ which all fans know is incorrect. Later, he calls getting a text message from her being ‘Pokemon’d.’

Meta comedy is becoming increasingly popular. Shows like 30 Rock and Community are constantly cross referencing things from movies, television, and the internet. They’re self-aware too, which is what makes them different from earlier shows. Our favourite sitcoms are happy to laugh at themselves and to be super goofy.

It is a wonderful thing, but it allows viewers to relate more closely to their characters and get a sneak peek inside writer’s brains. Creating great television often requires an obsessive love for pop culture and it doesn’t get any more universal than Pokemon. Let’s hope it continues to be referenced, parodied, and adored for decades to come.