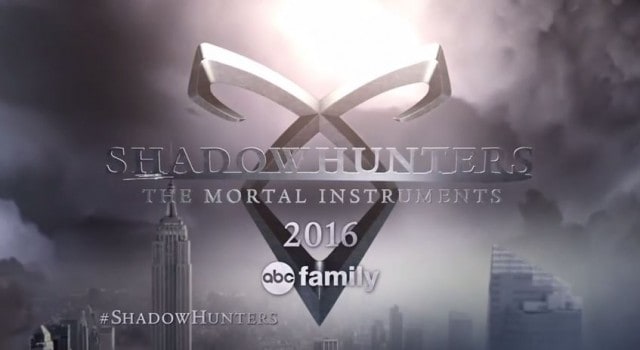 Fans eagerly anticipating the premiere of ShadowhuntersÂ on ABC Family (soon to be called Freeform) still have a few months of waiting ahead of them. However, the cable network is giving viewers a sneak peek at what they can expect from the new series through theÂ Shadowhunters‘ Snapchat account (TVShadowhunters).

Through the show’s Snapchat, ABC Family has been sharing short clips fromÂ Shadowhunters, teasing action-packed moments from the show, which is based on Cassandra Clare’sÂ Mortal InstrumentsÂ book series. And, as to be expected in this age of the internet, someone has put all the footage together for one fully completed promo thatÂ ShadowhuntersÂ fans can watch.

Check out the full, minute-long trailer below:

For those unfamilair with the source material, Shadowhunters follows 18-year-old Clary Fray (McNamara), who finds out on her birthday that she is not who she thinks she is but rather comes from a long line of Shadowhunters — human-angel hybrids who hunt down demons. When her mother, Jocelyn (Maxim Roy), is kidnapped, Clary is thrown into the world of demon hunting with mysterious Shadowhunter Jace (Sherwood) and her best friend, Simon (Rosende). Now living among faeries, warlocks, vampires and werewolves, Clary begins a journey of self-discovery as she learns more about her past and what her future may hold.