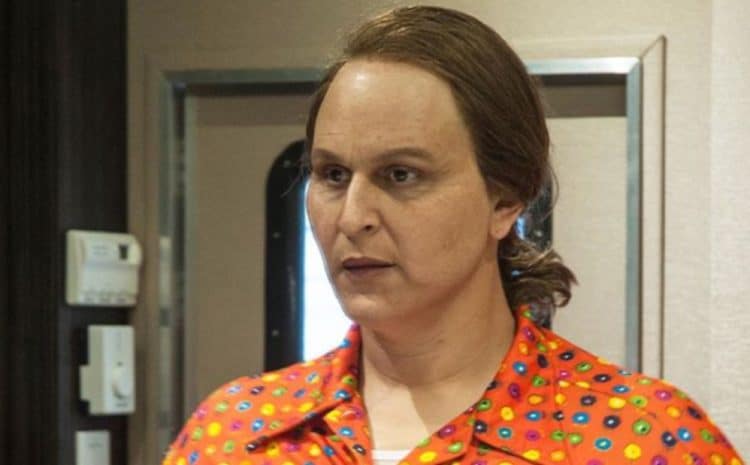 She’s an actress and a transgender activist, and she’s highly famous for her role in the hit series “Difficult People,” that streams on Hulu. Shakina Nayfack is talented, there is no question about that. However, she’s also a woman who has a lot to offer, and many people simply don’t know what that means. She’s lived a life filled with moments that she loves, and she’s had situations arise that she’s not that happy about, but such is life. She’s someone we think her fans should get to know better, which is why we’ve compiled a list of 10 things you did not previously know about the actress.

This came as a shock to all of us, to be quite honest. She’s going to celebrate her 40th birthday on December 8, 2020. She was born in 1980 – the single greatest decade in which to grow up at that age – and she is probably very excited about the future. She’s probably going to be able to do some cool celebrating, too, as the world is opening back up and people are finally getting back to some form of normalcy following the pandemic.

She was born and raised in Ventura County. It’s a great place to live and grow up, and she’s got no complaints. She spends most of her time in California, and we do get that. It’s such a great place to live, and she gets to work close to home. It’s a win-win situation for everyone.

Nayfack is an intelligent woman with a good education. She attended the University of California at Santa Cruz when she completed high school. She worked hard, got good grades, and graduated with her degree in Community Studies. She minored in theater. She also has an MFA degree and a Ph.D. from the same school. Her MFA is in experimental choreography. Her Ph.D. Is in critical dance studies. We will be honest and tell you we didn’t even know you could get graduate degrees in either, but that is so cool.

4. She Founded a Theater

She is one of the founding members of a place called the Musical Theatre Factor in New York. She and the other founders created this theater to help those who want to pursue a career in acting, and it’s gone quite well.

5. She is Familiar with Crowd Funding

It was 2013, and crowdfunding wasn’t nearly as popular as it is today, but she wasn’t having any of that. She was ready for a sex reassignment surgery, and that does not come cheap. She decided she would go ahead and use the crowdfunding option to raise money for the surgery.

You know, you probably don’t spend much time hearing people tell you that they grew up a regular Jewish boy from California to become a famous actress, but Nayfack did just that. She did not feel like her male self. She knew there was more out there for her, and that meant becoming a woman and an actress and making sure people knew she was who she was. And, if you didn’t know, you didn’t know, you know?

7. She Knew Young She Wasn’t a Boy

People are so curious about how people know, but she just knew. She states she was only 6 the first time she put on a dress in public. She was at a party with her mom, and one of the other moms at the party brought dress-up clothes for the little girls while the little boys watched the Super Bowl. She was a little boy with no interest in the Super Bowl when she realized there were dresses there for her to try on. She did it, loved it, and hasn’t looked back.

8. Her Mom is Her Biggest Advocate

Imagine realizing your 6-year-old is not comfortable in his own body and wants to be a completely different gender. It cannot be an easy realization. There are so many things that must go through a mother’s mind at this point, and as a mother myself, I imagine the first thing is heartbreak that your child isn’t happy with themselves. The second is worry about the many things that might be said against, to, and about your child throughout their lives as people realize they are not like other people. Her mother, however, is her biggest advocate and supporter, and we absolutely love it.

9. Her Mom Was Afraid

While her mother is her biggest supporter and advocate now, she was horrified and worried when her son put on a dress in front of all the people at the party when he was 6. She got him out of that dress quickly. She was worried this little boy would be made fun of and picked on and she was not ready for that.

This is one woman who is very open about her life, her changes, and the things she feels inside. She doesn’t keep her feelings to herself or live a life that is secretive. She’s happy to answer questions for her fans and anyone who is interested in her life and what she’s been through, and we love that she is so open.