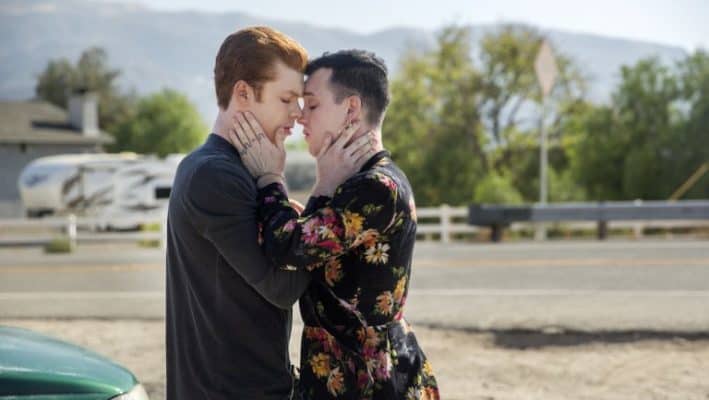 Showtime has yet to announce an official release date for Shameless season 8.Â  That’s the worst sentence I will have written all day.Â Â  Shameless is hands down my favorite show on television.Â  I’ve already written about the genius of Frank Gallagher and I’ve argued for a long time the reason the show is so great is because of the kids.Â  They’ve all grown up to be solid actors.Â Â  The opposite is the reason I’ve soured on a show like Modern Family.Â  Other than Ariel Winter and Sarah Hyland, I can’t stand the children anymore.Â  Every single character on Shameless is interesting (Kevin, Carl and Lip are my favorites) and every moment on that show is worth watching.Â  Anyway,Â  let’s get back into business.

There’s no real word on Emmy Rossum’s salary but news today says that she sold her apartment in NYC.Â  Just a heads up, that means absolutely nothing.Â  What means something is apparent rumors swirling around the plot for season 8.Â  Let’s address some of those now.

Apparently Fiona might be seeing some old boyfriends in season 8.Â  No word on which ones but I would prefer Gus just because it would be funny to see him crap all over her.Â  In all seriousness though, I could easily see Sean making a comeback despite being a heroin addict.Â  He may have loved heroin but he was a good dude and Fiona knew that.

Will Fiona be independent?Â  There are rumors she lives completely on her own.Â  Not sure I’d like that.Â  I have no problem with her advancing in life and bettering herself but part of the allure of the show is the continuous tragedy.Â  No matter how much these people think they’re getting ahead, they get wiped back into reality episode after episdoe.Â  It’s what makes the show so real.Â  I don’t think I could handle Fiona being too successful.

As far as other rumors I have no idea what else is going on.Â  I hope Carl is in the show way more and I really hope Lip gets his life together (even though he won’t because Frank’s blood is pumping through his veins).

Guess I’ll go back to watching season one until there’s more news.