Home
Shameless
Shameless Season 8: Are they Going To Kill off Frank Gallagher? 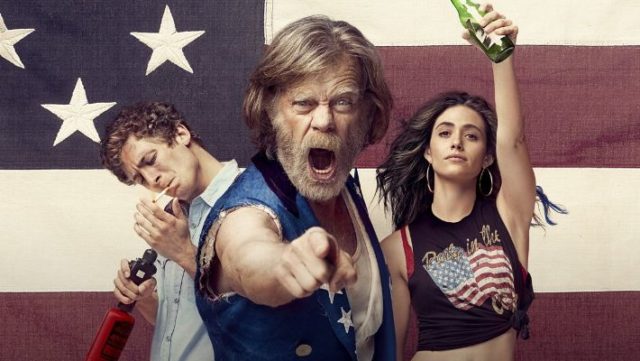 When I first read that the Gallaghers would be planning a funeral on Shameless Season 8, I wasn’t surprised at all.Â  This would be a relatively minor event in the grand scheme of their lives.Â  But when I read that the funeral would be for Frank, I was stunned.Â Â  Now this is just a rumor, but according to Inqusitr there’s a chance that the series ends with Frank’s death.

Because Shameless Season 8 had yet to be confirmed at the time the Season 7 finale was being made, it’s unsurprising that the season ending episode ended up feeling like the end of the road for the Gallaghers. In the episode, Frank and the children said goodbye to Monica – thus literally burying their past – and each was shown moving forward in his/her own life.

As most fans would agree, any type of series finale of Shameless would have to involve the Gallaghers moving on each in their own separate way.Â  It’s inevitable and if the show ended it any other way I think fans would be disappointed.Â Â  When you think about it, season 7’s last episode was as close to a series finale as you’ll get and easily could have been.Â  The only characters without closure were Kevin and Vee and I don’t think it would make a difference what their standing was when the show ends.

But now that a season 8’s been confirmed there are two questions looming.Â  The first is, “will this be the last season?”Â  Let’s assume that it is.Â  Then you have a few different scenarios for Frank.Â  Will he be the father the Gallaghers always wanted?Â  Will Monica’s death put him on the straight and narrow?Â  If this happened I would not only be surprised but pretty pissed off.Â  The show has never, not once failed to create tragedy as soon as any of the Gallaghers lives are improving.Â  Some fairy tale ending like that would be an insult to the show.

The second scenario would see Frank’s death.Â  It would probably come in the form of a drug overdose or him drinking himself to death.Â  This I could totally see but the way in which the show would frame it is important.Â  How much the kids would be involved would make a big difference in the narrative.

As far as how the kids end up, as much as I want Lip to succeed, his destiny is to end up like Frank.Â  He’ll keep trying to be the brilliant savant success story he should be, but ultimately winds up a brilliant criminal and alcoholic like his father.Â  I hope Fiona totally screws up everything just because she’s supposed to.Â  She’s a Gallagher.Â  As far as the other kids, I think anything the show chooses would be fine.

Shameless Season 8 is currently without an official release date but is expected out sometime this year.