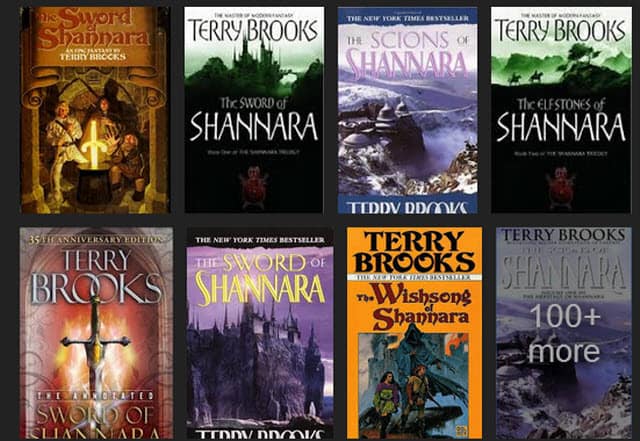 MTV has confirmed a new show called Shannara, which is based off of a highly popular series of epic fantasy novels written by Terry Brooks. Shannara has been confirmed for ten episodes after a successful pilot with MTV. The book series, while incomplete, has numerous complete series within it, and the books number about twenty-five, published over the course of several decades (first published in 1977). The story is set in our world thousands of years after the destruction of our civilization and the arrival of ancient magic in the world again. The books series and the show are named after the central Shannara family, who works with magic and whose deeds have shaped the world after many great adventures. This is often estimated to be the bestselling series of fantasy novels never adapted for film or television (they’ve had time to build a buffer against the Wheel of Time’s enormous success, which has also never been adapted). MTV is probably hoping to for it to catch at least some of the fandom of Game of Thrones up in this, although the series is far less brutal than George R.R. Martin’s series. The initial season is going to be based off the second book published, which was a fan favorite that was kept on the New York Times Bestsellers List for 16 weeks (at a time when fantasy barely existed as a popular genre).

Al Gough and Miles Millar, a writer-producer team, both of Smallville, have signed on to the project, which I am tremendously excited about. I loved Smallville and can’t wait for them to give epic fantasy a try. I’m far less excited about Jonathan Liebesman of Teenage Mutant Ninja Turtles to have anything to do with the project. Still, with Jon Favreau from Iron Man also on board, it pretty much cancels out, and I’m very excited to watch this series (the first ever MTV show I can say that about).