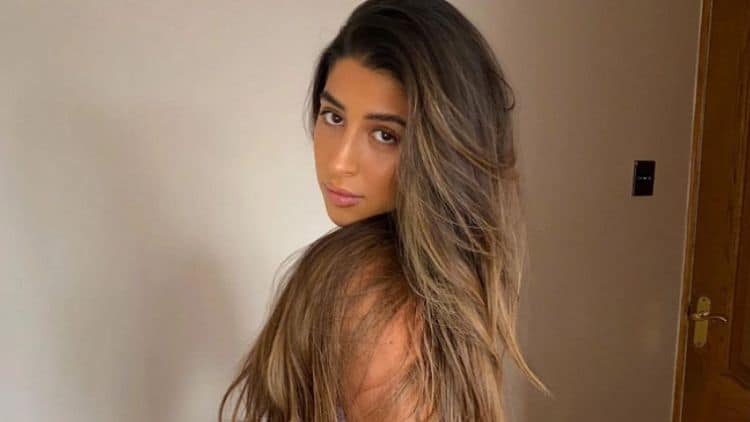 Reality television is an interesting place. Some shows are so good, and some are so, so bad, and then there are shows like “Love Island,” where people go to find love, but they really just find more Instagram followers and some drama with the men and women on the show. Shannon Singh is one of the women on the show right now, and she’s got a colorful life outside of social media. Fans are excited to see her on the latest installment of the series, but they are also curious who she is, and what she is doing here. What’s her life like?

She’s a model. Well, she’s an ex-model. We don’t know how the young woman has moved on from her modeling days and what she is doing with her time now, but she is described by the show as an ex-glamour model.

3. She Loves Being Social

Gentlemen, listen up. She’s looking for a hunk who will keep up with her and her active social life. She has no desire to stop living her life. She merely wants someone to enjoy living it with her. She likes to be active, and she likes to be out and about and doing fun things, and she is someone who is not going to stop what she’s doing for a man.

Shannon Singh is a young woman who likes to talk about her life, and nothing appears to be off-limits when it comes to what she talks about. She has already come out in interviews and told the world that she likes someone who can keep up with her active social life, but also her active sex life. She likes to engage in sexual activity 8 times a day, according to her. She’s a fan of it, and she likes it as often as she can get it.

It’s a site where men and women can go to make money. They have people sign up and pay a monthly fee, and then those people get access to the person on the account in a private manner. Everyone does it a little differently, and we find it very interesting that these people make their money off of their bodies on the internet this way. It’s fascinating.

6. She is Not Ashamed of Her Life

While some people might be ashamed of the choices that they’ve made in life and the things that they do, she is not one of them. Shannon Singh is fine with her choices, her life, and the many things she has done in her life. She is happy to be who she is and where she is, and she’s not allowing anyone to stop her from what she’s been doing in life.

Right now, her main source of work is her Instagram account. She’s modeling for that, and she’s not really doing much of the glamour modeling she once did. She likes to post photos of herself that are provocative and scantily clad, and she is someone who will do whatever it takes.

9. She Was On Reality Television Before

She said that she was once given a spot and a chance to appear on “Britain’s Got Talent,” but she didn’t. In the end, she was too afraid to go on stage and perform in front of all of those people, so she lost her opportunity to perform. We imagine this might be one of those things that she regrets in her life.