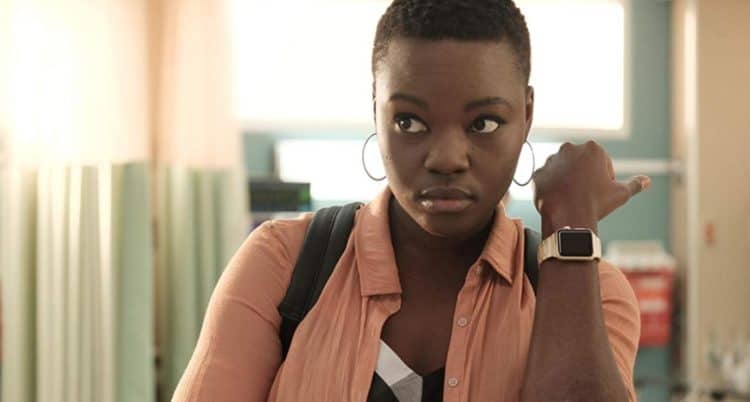 Fans of Fox Network’s ‘The Resident’ very likely are familiar with Shaunette Renee Wilson. She regularly plays Dr. Mina Okator on the series that has gained much popularity recently. But Wilson has been in other movies and television programs as well, though she hasn’t gotten quite as much recognition for those roles as she has for ‘The Resident’; that’s not to say she didn’t deserve it, but it simply hadn’t yet arrived. Now, with the number of viewers tuning in, Wilson will likely see her opportunities swelling as well, and we think this is a much deserved perk of a job well done. As we do with most rising stars these days, we have jumped into finding out as much as we can about this up and coming actress. From where they were born to where they live now, and everything in between, we like to know the lowdown on our celebrities. But most of all, we like to share the information we discover with our readers.

Shaunette Renee Wilson is no exception to this little rule of ours, and what we have to offer you below proves it. We have put together our obligatory list of ten things that our readers probably don’t know about her, and we have made it palatable (an hopefully a bit funny here and there) so that you will not only soak up the knowledge, but enjoy it as well. So get comfortable and enjoy reading about yet another star on the rise. What you are about to read will not only help you pass the time for a bit, it will also give you future ammunition if Wilson’s name ever comes up in a name of barroom trivia.

Shaunette was born in Guyana and raised in New York here in the United States by father Wesley and mother Deberah. She has two sisters, Synique and Serena, and a brother, Andre. She earned her BA in Drama from Queens College before attending Yale School of Drama. While attending Yale Shaunette appeared in ‘The Children’, ‘Paradise Lost’, ‘The Seagull’, and ‘Cardboard Piano’, all of which were credited to her at Yale School of Drama.

Not only was this award-winning actress raised in New York, but she currently lives in New York City, the resident city of choice of a majority of television actors and actresses. Much of her family still lives in Guyana, though her immediate family maintains individual residences in the States, as she does.

3. Date of Birth and Zodiac

Shaunette was born on February 22, 1989, which makes her a Pisces. Pisces women are said to be multi-faceted creatures, and also tend to be a bit dreamy. Very empathetic, they tend to be wonderful listeners and very good friends and confidants, though strangers even find themselves attracted to their considerate nature. They are also apt to be more in touch with thoughts, feelings, and even realities that others are oblivious to because of their empathy. This ability often provides them with a perspective that most people around them do not have access to. All of these things combined give them an air of attractiveness that others often cannot put their finger on.

Shaunette wanted to be an actress for as long as she can remember. As a child she would watch Oprah Winfrey on television and in the movies, and was a big fan as a result, wanting to do exactly as her idol did. She also loves hip-hop music, however, that passion did not inspire her to the same level that Winfrey seemed to. Her reasoning for this difference falls under the fact that rappers do not go as in-depth when it comes to telling a story, or communicating a perspective, as actors and actresses do. The bottom line is that she wants to tell a story to others through what she is doing.

She began to act professionally, after her formal training, in 2015. Initially, she auditioned for smaller parts and took roles as an extra, which gave her much-needed experience. Then, in 2017, she landed her first major role starring in seven episodes of the television series ‘Billions’. That role was followed up with the movies ‘A Kid Like Jake’ (2018) and ‘Black Panther’ (2018), her current role on ‘The Resident’ (since 2018), and the episode entitled ‘Treehouse’ on the series ‘Into the Dark’ (2019). She also enjoys writing and working as a model, though the majority of her income is credited to her acting roles.

At the current time, Shaunette has an estimated net worth of approximately $4 million, which is very good considering the fact that she has only been actively working for a handful of years. However, being a highly talented and driven individual has proven lucrative, as she has landed some substantial roles during her four active years. It will not be surprising if her net worth rises dramatically in a short amount of time.

While she is not, and never has been, married, Shaunette does not plan to stay single forever. At the current time she is simply to wrapped up in her career to really pursue a relationship on that level. However, this beautiful woman is reported to be in a romantic relationship with Billy Randy, a producer. Perhaps this relationship will prove itself worthy to move on to the next phase, however, she simply wants to focus her energies on her work at the present.

While she is active on social media, it is not the center of her life, by any means. Her talent has managed to do a wonderful job of promoting her, though she does use social media both personally and to share her work with her followers. If you are interested in Shaunette, you can check her out on both Twitter and Instagram at @shauneywood, and she can be found on Facebook on the official page of ‘The Resident, which can be liked freely by fans.

Above we mentioned that Shaunette also does some modeling. One of her best known gigs in the trade thus far is working on a skin care promotion with Byrdie, a skin care and cosmetics company that really hit the jackpot when they landed Shaunette. The 5’ft 10”inch tall Wilson said in an interview that she has currently put herself on a skin care regiment consisting of products by Drunk Elephant that are perfect for her combination skin. The job also involves a bit of modeling, which she seems perfect for. And may we add that if this woman has any skin issues we certainly cannot see them; he skin is perfectly flawless! So far, this gig is her most prominent when it comes to modeling, but as we know, her focus remains on her acting career.

Since we have disclosed that Shaunette is dabbling just a tad in modeling, it wouldn’t be fair not to indulge all of you in a secret of hers. Her favorite beauty secret is from Guyana, and it is….they use A LOT of oils, on both their skin and in their hair. Since she has combination skin naturally, this can be a bit vexing, so having a good cleaning plan in place is vital. However, the oils are essential to attaining the elasticity and life, and then retaining them, that the skin needs to look its best over time. The oils are actually ‘backyard’ recipes used from her homeland, and are even bottled by everyday people for themselves, but they work wonders, as we can see just by looking at her.

Even though she is a newcomer, Shaunette Renee Wilson has shown a knack for acting, and a drive and dedication for the same that is unmatched by many. She even received the Princess Grace Award in 2017, and at that time she had just landed her first big role! This is an actress to keep our eyes on, as we don’t believe it will take her long to get her hands on a part that she can really sink her teeth into, make her own, and carve a place for herself in history with. Kudos!