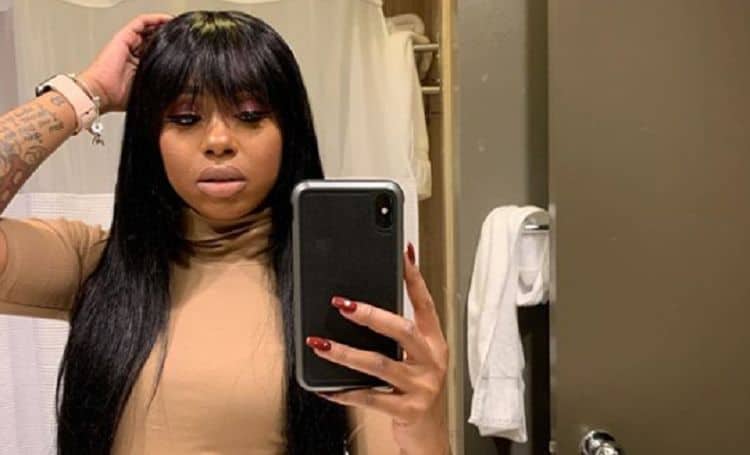 The entire concept behind “Married at First Sight,” is interesting enough that many people choose to tune into this show and see how it goes. It doesn’t seem like it’s going to end well for most, but we don’t tune in for the happy endings. We tune in to see the train wreck situations that happen more often than not. One woman who took part in the show a few years ago has been making headlines recently because her story is a success, and it made us want to know more about her. Who is Shawniece Jackson, and what has she been up to since she came onto the show with the man she loved, got pregnant, and lived her life? Let’s find out.

1. She Was Ready for Marriage

2. She Got Pregnant Quickly

We don’t know the exact timing of her pregnancy, but she was married, pregnant, and a new mom about 4 minutes after she met her husband. Well, not that quickly, but the timeline helps you understand how quickly she was pregnant with their daughter, Laura.

3. Her Husband Dated Other Women

While she was pregnant, her husband was busy. He was dating other women. To be very fair, however, they did say that they didn’t think their marriage would last and they were in the middle of going through a divorce. It’s not like he was cheating on her – that we know of.

While the couple is back together and working on their marriage and their daughter, she’s struggling. She feels that being new parents involved in a brand-new marriage is difficult. Being parents takes a lot of energy and attention, and it’s not leaving them much time to focus on things like their actual marriage, and that’s not good when you didn’t know your groom prior to your wedding date.

5. She Had to Leave Her Job

She knows that she has a story to share and a story to tell, and she does it. She’s not worried about people who don’t appreciate her and what she brings to the table. However, she does feel it’s important to be real and to be honest with yourself, and she will never shy away from sharing the struggles, the good times, the bad times, the hard times, or the best times.

What’s easy to see in her personality is how much she loves her little girl. If nothing else, her love for her daughter simply shines right out of her, and it’s beautiful. She’s a good mom, and her daughter is clearly very fortunate to have her.

Shawniece knows that her mental health is the most important thing in her life right now, and she’s working hard on focusing on that. It’s not easy in the middle of a pandemic and being in the spotlight, running a business, and being a mom and wife, but she’s going to make it work.

This is a woman who is not afraid to be a little of everything, and to give her all to everything she’s doing. She’s heard it all, too, from people on the internet. Including some people who say it’s impossible to be a mother and a business owner, and she’s not here for that. It’s possible to be everything.

It’s not easy to value your privacy when you’re a reality television star whose family is always on the air, but she’s good at it. She shares enough with her fans to keep them interested in her life, but not so much that we know everything about her. She is good about knowing when to be open and honest and when to keep things at home. We respect that.