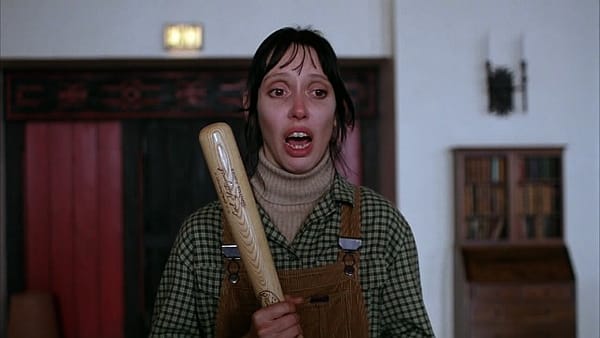 So did it seem to you that Shelley Duvall was a little strung out in The Shining? Turns out she really was, and there’s a good reason for it too. The director, Stanley Kubrick, made good and certain that she stayed on edge throughout the entire time they were filming, going so far as to belittle her in front of the other cast and crew, getting her to cry all the time and keeping her on an emotional rollercoaster that never seemed to end. If a director did that now I think that charges would be filed for harassment or at the very least an actor would leave the set and start an expose about how horrible the director was.

Well, Kubrick definitely had a vision all his own, but there were many times it seemed like that actors wanted to walk off the set and tell him what to do with his movie. Seriously, even for a film you don’t treat someone like this and expect them to be okay with it. Even method acting isn’t this bad, nor does it make you start tearing your hair out as Duvall apparently did at times. There’s a rumor that she would actually go and show Kubrick just how much hair she as losing due to the stress he was putting her through. Something tells me that Kubrick didn’t really care so long as she remained strung out and and showed it on film.

How many people would have simply walked out? Would Duvall have managed to get any other roles in Hollywood if she had? Remember this was still back in a time when women were still not being treated as equals on the set, and Kubrick’s treatment of Duvall is just further proof. Jack Nicholson didn’t need a lot of prodding to act crazy, he could do that all on his own, but Duvall didn’t seem to have a moment’s rest from start to finish on the set and it no doubt aged her a bit by the time it was all said and done.

Later on Duvall might have been heard to say that it was a nightmare working the set and even a living hell, but somehow she got through it. Stuff like this wouldn’t fly today largely because no one can possibly be expected to act under constant duress like this. And if the director of a movie in this day and age ever decided to belittle his actors in front of everyone then a million people would know about in the next few minutes and their career would be tinged by controversy and in some cases might even be over. Kubrick was a genius in many ways but sometimes it seemed to mean that he could act like a jerk and get away with it just because he was making a movie that people wanted to see.

Nowadays if someone did this the actor would probably walk off the set and their name would be plastered over social media as one of the vile human beings to ever walk the earth.