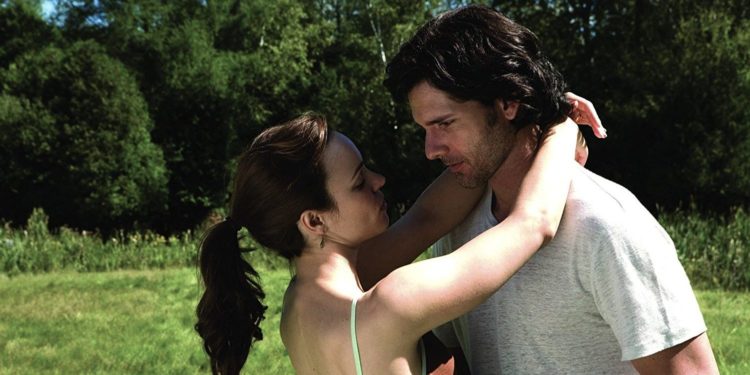 Time travel has been a big part of cinema for a while and it’s been very heavily debated by scientists and fans alike as to how it works, how it should work, and how it’s such a quandary in the first place. The Time Traveler’s Wife is a story that has a bit of a twist when it comes to the whole idea of time-traveling since the guy doing the traveling can’t really control the process in the first place. There are a couple of twists that are even worse for the fans but give the story the tragedy it really needs to be appealing to many viewers. To start with, Henry tends to show up naked every time he travels, meaning he grows adept at picking locks so that he can procure clothing each time he shows up. Another twist is that he visits his future wife Clare from the time she’s a child to the moment when they’re married, which is, as one can guess, kind of a mess since he accidentally travels at the moment of their wedding only to reappear older. Even worse is when they attempt to have a child, their unborn children develop the time-traveling ability early on, causing more than one miscarriage until finally, a younger version of Henry manages to impregnate Clare after the older Henry gives up and gets a vasectomy. Once their daughter is born, it’s established that she has the time-traveling ability as well, though she’s able to control it far better than her father.

Unfortunately, she’s also privy to the fact that Henry dies when she’s still a young child, as he’s accidentally shot by her grandfather. The last twist is that Henry can’t really change the past apart from a few small things here and there, meaning that his fate is sealed by the time his daughter is born and he’s going to be killed no matter what. It’s a tragic story to be certain, and one that is bound to feel a bit strange to some folks, but it’s also a tale that’s going to be adapted at HBO with Theo James and Rose Leslie cast in the main roles. After the movie on has to wonder how much further the series is going to go and how in-depth it will really be since it’s not hard to imagine that Henry will have had plenty of misadventures throughout the course of his life considering how many times he’s made his way through time. It’s also kind of easy to think that there might be a couple of other actors to be named, younger actors no doubt, that will stand in for Theo and Rose as the story progresses. After all, it’s kind of important to go back and realize how it all started, even if it’s bound to be a shorter part of the story.

How long a series like this could last is hard to say since it really depends on how many different tidbits of Henry and Clare’s respective stories are bound to be told, and how many people are really bound to be interested enough to stick around for the long haul. It’s possible that their lives could be broken down and told in a series of episodes that might better explain who they are and could even flesh out their lives a little better, but unless the series is going to change anything in a big way it’s still understood what’s bound to happen. That’s the trick with this since it waits to be seen whether the series is going to follow the initial story or if it’s going to switch things up and allow Henry to last a bit longer. This is where a lot of fans might be divided since those that enjoy the initial story might want to see a faithful recreation that might last a season or two, but will eventually end since there is a well-defined ending point and thinking to change that might be a serious breach of confidence. But there are also those that would welcome such a change, not only because it might be happier, but perhaps because it would make it possible to delve further into the lives of the couple and find a way to help Henry control his ability. It’d be kind of interesting to see his daughter actually teach Henry how to control his time-traveling.

Currently, the show is in pre-production and there’s no telling when it’s going to be released as there isn’t even a tentative date set yet, but it’s intriguing enough to think that people are going to be watching and waiting to see what will come of it. At the very least we’ll probably be mentioning the show as it comes closer to a release date, but it’s going to be a while.