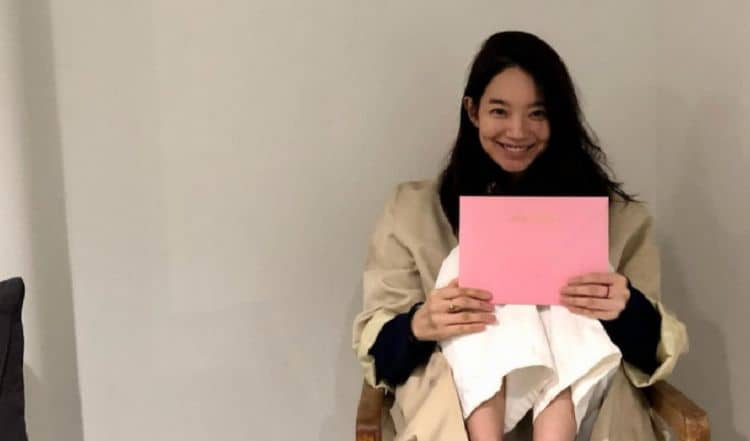 She’s a model and an actress, and she’s been keeping herself busy for the better part of more than two decades. She began her career as a teenager modeling for teen magazines all the way back in 1998, and Shin Min-a has managed to withstand the test of time to create a career for herself that’s even bigger than she could have imagined. She’s made it far, and she continues to show her fans there is more to her than meets the eye. It’s time for people to learn more about her.

It turns out that her modeling career isn’t just a one-and-done situation that leaves her with a job here and there. She is so good at what she does that she’s become one of South Korea’s most in-demand models. She’s also one of the highest-paid in the country.

4. She Wishes She Started Later

It’s impressive to have a career that began at the age of 14, but she’s said that she does wish she’d waited a bit to get her start. She didn’t get to have much of a normal life growing up as a result, and she missed out on all the fun things that school has to offer as you grow older. She missed out on things that go with growing up in middle and high school.

5. She Applies Herself to Her Roles

When Shin Min-a takes on a role that requires her to play a character with a talent or a skill, she learns to do it. She doesn’t pretend. She learned to play the cello, for example. She had a role that required her to learn to dance. She has done many things that require learning to box and how to make a faint look real. She’s very good at what she does.

6. She Cheers on Her Boyfriend

She’s not sitting idle doing nothing with her life, but she always finds time to support her boyfriend in his own career. He does the same for her, and they always make it a point to cheer one another on, to support one another, and to show that they respect the other’s career. It’s probably one of the biggest reasons that they have managed to make their relationship work so long.

7. She Supported Him Through Terrible Times

When Kim Woo Bin was diagnosed with nasopharyngeal cancer, the two had already been together for several years. She was by his side as he underwent treatment and worked on getting his health back on track. She was there for him in his darkest time, and when he took two years off to focus on his health. When he announced two years later in 2019 that he was in recovery, she was there to cheer him on and help him get back to work.

8. She Loves the Characters She’s Played

She’s not sure she can choose a favorite, but that’s because she took on each one herself, taught herself to become that character, and she’s watched herself grow. Each role she’s played has had a direct impact on her life. She does, however, credit wonderful writers for her career. She does not take credit herself. If the roles were not well-written, she knows she’d not be where she is now.

If there is one thing that is clear about this actress, it’s that she is humble. She has not allowed any sort of fame to go to her head. She’s very kind, she is generous, and she does what she does because she loves doing it.

She is a woman who has learned a thing or two during her time in the public eye. Nearly 23 years of being famous has taught her something special – you have to value your privacy outside of work. She does just that. She lives her life outside the public eye every chance she has.