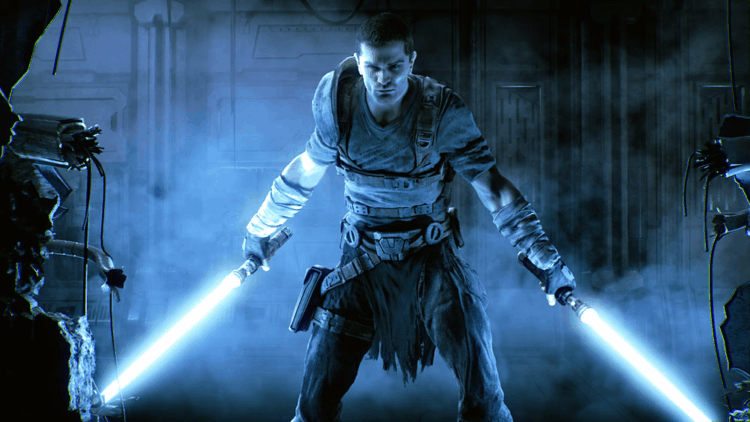 For all you Star Was fans out there, how many of you miss Galen Marek, aka Starkiller? He’s one of the many Star Wars characters who’s story never really met a proper conclusion. Is that unfortunate? Well, for some, maybe, but personally, I was never too crazy about his story. I must say, however, that he’s got the coolest name of any character in the franchise. For the record, did you all know that George Lucas originally intended Anakin Skywalker’s name to be Anakin Starkiller? That was way back when he wrote the first, first script and called it, “The Adventures of Anakin Starkiller”, a story about him and his children. Just imagine if that’s the story he decided to run with. Boy, it’s fun to look back on some Star Wars history.

Speaking of which, the history of Galen Marek is rather complicated with Star Wars fans. I’ll just say, I did like the Force Unleashed video games, the character’s debut. They were fun and gave us a chance to play as a villain (temporarily), but I always had one big problem with them. What was the significance of Luke Skywalker’s role in the original trilogy? He was meant to be the new and last hope to defeat the Emperor and Darth Vader and bring peace to the galaxy. That’s why he needed training from both Obi-Wan and Yoda in order to have a glimmer of a chance to defeat the dark side.

The best thing about Luke’s story is that he didn’t use his skills with the force or his lightsaber to win in the end. His love for this father is ultimately what made him victorious in the end and he even managed to bring Anakin Skywalker back to the light. And yes, this also led to the destruction of Darth Sidious. Let’s just forget about the Rise of Skywalker.

The point is, Luke’s journey proved why he was the real chosen one to defeat Darth Vader and Darth Sidious. And when Galen Marek, or Starkiller, came around, it looks like there was a new chosen one in town. The first game had Starkiller nearly killing Darth Vader and coming close to killing Darth Sidious. However, he failed to do so and in the end, he was killed. Unfortunate end to a good character, right? Well, we had no reason to fear, because the sequel actually brought him back, except he technically wasn’t back. The Starkiller we all played as in The Force Unleashed 2 was actually a clone of the original Starkiller. Or was he? Okay, it’s been a while since I’ve played those games, but it’s all weird science fiction stuff. Try not to think too hard about it.

Galen Marek’s (or the clone’s) story ended with him defeating Darth Vader and choosing to spare him. Him and his rebel comrades were carrying him on a ship so he could stand trial for his crimes and the Empire would lose their greatest warrior. Well, the final shot of the Force Unleashed 2 was Boba Fett actually following them in his own ship, presumably to free Darth Vader. Well, we’ve all seen the original trilogy, so we can imagine how that went down.

The thing is, we were all supposed to see how exactly it went down, but never did. Disney took over and Starkiller’s story just didn’t fit in their own continuity. Honestly, I can’t say that I blame them. The Force Unleashed 3, the game we never got, would’ve had us play as Starkiller once again, but with an unexpected twist. As Starkiller, we would’ve teamed up with Darth Vader to fight Darth Sidious. Whoa, talk about a mind bender.

So if he killed Starkiller, what did he do with Darth Vader? Darth Sidious isn’t exactly the forgiving type, so I doubt he would’ve taken back Darth Vader as his apprentice without some consequences. However, Darth Sidious also thinks Darth Vader is useful, so he probably figured he would keep him around until he found a more obedient apprentice. Hence, his attempt to turn Luke.

The thing is, if the Force Unleashed 3 happened, that means Darth Sidious and Darth Vader just became master and apprentice again and they pretended that stuff with Starkiller never happened. Maybe Darth Sidious thought his apprentice would never turn on him again. Yeah, not exactly.

So, now that The Force Unleashed games are no longer canon, does that mean Starkiller should be non-canon as well? While I believe his original appearance undermined the impact of Luke’s story, maybe there is a way to bring him back and have him be relevant. Personally, I dug the secret apprentice relationship he had with Darth Vader. This is something Disney can actually work with and make it fit into their current continuity.

For instance, Sam Witwer, the actor behind Starkiller, mentioned how Dave Filoni wanted to reintroduce the character in Rebels as one of the Inquisitors. That sounds like an interesting idea, but Filoni obviously didn’t follow through with it. That’s fine, because I think he can fit better in another Star Wars series.

If there’s one character Starkiller can have an interesting interaction with, it would be Ahsoka Tano. Why? Well, because both characters were pupils of Anakin Skywalker/Darth Vader. Ahsoka knew him as both personalities, but Starkiller only knew him as Darth Vader, his darker side. Imagine if Ahsoka were to talk to Starkiller about when Darth Vader was a noble hero and mentor. If that doesn’t change the perspective of Starkiller, maybe the two of them can meet Luke Skywalker. How would he react if he met the son of the man who caused him so much pain? Would he lash out towards him or ask him questions about Darth Vader’s past?

This would be a very interesting interaction to see for all characters. Starkiller, the former Inquisitor and star pupil of Darth Vader, finding redemption by learning about his former master from Ahsoka and Luke. Perhaps Darth Vader did betray him at one point and left him for dead. No clone and no second attempt to team-up and defeat Darth Sidious. Darth Vader and Darth Sidious don’t talk about Starkiller because they both think he’s dead and forgot about him. There’s no vengeance for the former dark Jedi, but he could become a true Jedi if he meets Ahsoka and Luke. The past from all Star Wars media would come full circle, movies, cartoons, and video games.

What are your thoughts, Star Wars fans? Would you all want to see Starkiller return to Star Wars? After seeing young Luke again, I wouldn’t rule any possibilities out.