Home
TV News
Should The Show Dollhouse Get a Reboot? 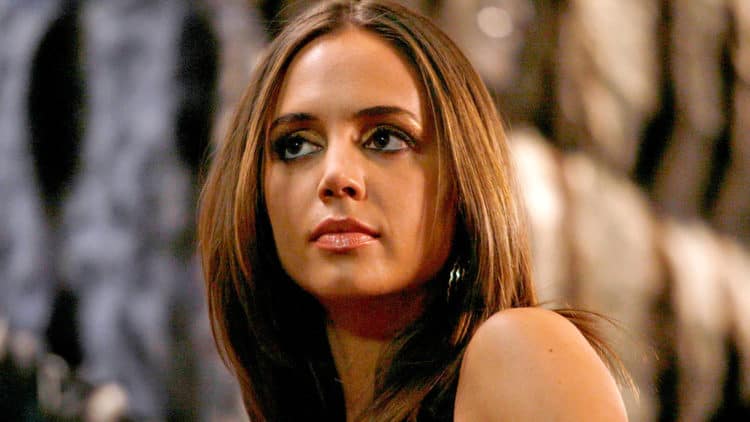 When asking if any show should get a reboot there are a lot of things to consider, such as the likelihood that the story could be reworked, if the same actors would want to come back, how would it have to change, and what would any changes do to the story. Some folks might find the answers to some of these questions to be very simple, but the fact is that a lot of consideration does go into rebooting a show or a movie at times and it has to do with the kind of money that’s needed to bring it back and if it’s worth the risk involved in doing so. After all, shows like Dollhouse did go out for a reason, and in this instance, it’s because the show started pulling away from the main point and focusing on other aspects that kind of detracted from the story, kind of like how The Walking Dead pulled away from the idea of the walkers being a huge part of the story to being little more than walking props that showed up occasionally. That line of thinking opens up the idea of whether or not the show would be worth rebooting since it would need to take into account that a lot of fans that enjoyed the show were likely divided about it because of the reason that it was taken off of the air. Some might have agreed and some might have thought the show could be set back on course, but in the end, it was simply pulled and that was that.

Listening to Joss Whedon tell it, the network never really fell in love with the concept and wanted to back out almost as soon as they gave the go-ahead. That may or may not be true, but it does appear that the concept just kind of fizzled out after a while and no longer felt as if it was being handled in the proper way since there were elements of the show that worked, but there was also too much that was added on or followed down a different path and it distracted in a big way from the main point. Once a story veers away from the main structure that it’s intended to follow, it’s still possible to bring it back, but the effort required to do so is usually more than a little traumatic since it needs to be redefined and in a way needs to be torn down and rebuilt in order to become as effective as it was originally planned. That’s a lot of time, effort, money, and none of it is guaranteed to work, so one has to understand why a studio would weigh the possible outcome carefully in order to make certain that they won’t be taking a big loss. In terms of the actual story, it does feel that Dollhouse could make a comeback and be something impressive, and possibly even kind of diabolical if it was put together in a masterful way. But anything less than this and it does feel as though things might fly off the rails once again and prove that the second chance wasn’t worth it.

That’s hard to say about a lot of stories since there are plenty of tales out there that feel as though they deserve a second chance considering that they were canceled way too early to really tell whether or not it was possible to get them back on track or not. Dollhouse still had a chance to come back if the writers would have found a way to make it work, but somehow that wasn’t in the cards at the time. If one is asking whether or not Dollhouse could come back and be a great show again then there’s always the possibility that such a thing could happen if everything aligned just perfectly, but unless this did happen in a way that could create a feasible and convincing story, then it might be best to just leave it where it is and not bother. If it does happen then it’s likely that the story won’t just update, it will change enough that it can survive in the current landscape that TV shows have to exist in, meaning that it will take into account what will get a show canceled, what will keep people watching, and what can be done to keep everything as interesting as people remember it.

So when asking if this could happen, if Dollhouse could get a reboot, then yes, it’s possible. But should it? Well, that’s kind of a different matter, but personally, I would say yes simply because it’s an interesting story that could head off in many different directions. The potential alone is worth bringing this show back to see what can be done with it.