Home
Entertainment
Should Tyler Hoechlin Get a Chance at a Superman Movie?
Prev Article Next Article 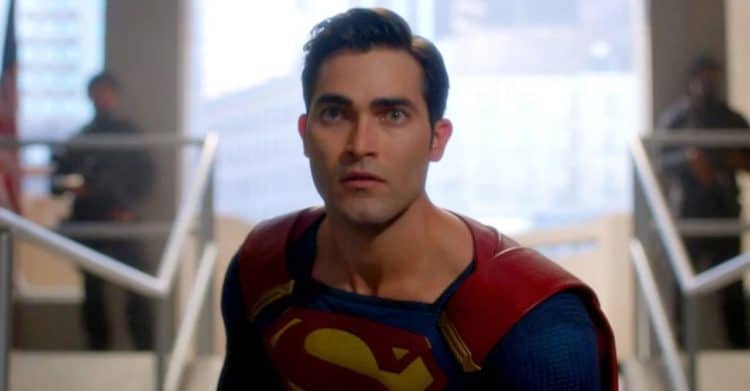 Seeing as how so many people still revere what the late Christopher Reeve did, and can’t make up their minds as to whether Henry Cavill is loved or hated, it makes sense that another name should be added to the list for consideration when playing the part of Superman. As Filiz Mehmedova from Digital Spy has announced Tyler Hoechlin, who’s played Superman in the Arrowverse, hasn’t even bothered to watch any of the Superman material that’s out there since he didn’t want his own performance to be marred or influenced in any way by what had come before. But because of this he might actually be worth giving a chance when it comes to another Superman movie. Honestly it might be best to take on someone that’s already had a chance at playing the Kryptonian hero since he’s put his own spin on the character and created his own act without any input other than those that are directing him in Supergirl.

It does seem kind of a risk to just throw him into the mix since Henry Cavill was tossed in unceremoniously and it didn’t pan out all that well, while Brandon Routh was tossed in as well and flopped even harder it felt like. Maybe this time it would be worth it to build up to the idea and ease Tyler into it rather than say ‘here’s a movie for you, get in there and do what you’ve been doing’. To be fair neither Routh or Cavill had really done any acting as Superman in the past, but at the same time they were both able to look the part and create characters that were somewhat believable and could be accepted by the fans for a little while at least. But for some reason neither man really nailed the part and this left people wanting something more than what was given. At this time it sounds as though Tyler would be up for his own spinoff, but only if there were other actors around him to make it interesting as he’s convinced that it would be too boring if it was just Superman without anyone else to share in the adventures. Grant Davis of Heroic Hollywood manage to capture this sentiment from Hoechlin and while it’s kind of humble in its own way, it’s also the reason why Tyler might be the right choice.

He does have the look and the act down pretty well and that’s a big part of the man of steel, so being able to make people believe in him at this point isn’t too hard since he’s shown that he can fill that role as much as anyone. But one thing that might work against him is that thanks to an over-saturation of heroes on the big screen these days it’s almost to the point where a lot of people are kind of burned out. Were he to appear as Superman in the next 2 to 3 years it might still work, but any time before that seems as though it might produce little more than another DC disaster that would require another huge focus on the TV shows to serve as damage control. DC has so far been kind of splintered when it comes to the movies as a couple of them have done great, a couple have been humongous bombs, and the heroes that people are wanting just aren’t manage to get the same kind of attention as the TV shows and animated series.

As of right now it sounds like there’s no real rush for a Superman movie as it might be that the DCEU wants to focus on Supergirl instead and focus their attention on putting her firmly in the spotlight for reasons that we won’t bother to get into at the moment. It might be kind of interesting to see if DC could find a suitable actress for Supergirl since the TV actress isn’t likely to be the first choice unless people think she’s just that good. Between the TV shows and movies however the original actors almost never seem to win out as studios want bigger names to push their product and will gladly find someone that they believe could make their project worthwhile. As far as Superman and Tyler Hoechlin go it could be a very long while before we see another Superman movie unless the studio execs decide to change their mind, or Supergirl proves to be a less than suitable option. Hopefully the latter won’t be the case, but we’ve already seen one attempt back in 1984, and to be honest it wasn’t even able to become a cult classic since some people have forgotten about it entirely. If Supergirl can work then that’s great and it should be explored fully, but if not then maybe it’s time for Tyler to step out of the TV role and onto the big screen. Or maybe Superman and Supergirl could do this together.